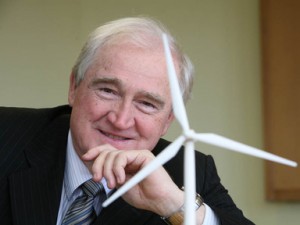 A consortium led by global wind and solar company Mainstream Renewable Power was today awarded Preferred Bidder status by the Department of Energy in South Africa for two large-scale wind energy projects with a total generation capacity of 250 megawatts. The award was made under the fourth round of the South African Government’s Renewable Energy Procurement Programme and the two wind farms represent an investment of approximately USD469 million. The date for financial close has not yet been released by the Department of Energy.

Mainstream has been awarded a total of 848 megawatts of wind and solar projects under this programme since the first award in 2011, which is more than any other developer. In addition to the projects awarded today Mainstream is currently constructing three wind farms in South Africa’s Northern Cape, totalling 360MW which it was awarded under Round 3 of the programme. Last year the company delivered three wind and solar facilities into commercial operation in South Africa under the first round of the programme.

Commenting on the announcement Mainstream’s Barry Lynch, Managing Director Onshore Procurement, Construction and Operations said: “Mainstream is delighted that the South African Government has, once again, placed its trust in us to deliver more large-scale renewable power plant into commercial operation. Here in South Africa we have already demonstrated this capability by delivering three world-class wind and solar farms into commercial operation safely, on time and on budget last year, and we currently have a further three wind farms under construction in the Northern Cape.”

He continued: “Renewable energy ticks three important boxes for South Africa’s energy needs. Firstly, the cost of these projects is now cheaper than new coal-fired generation. Secondly, they can be brought into commercial operation at the speed required and thirdly, they meet the scale needed to address the country’s growing electricity demand. Mainstream is once again delighted to be able to play a leading role South Africa’s burgeoning renewable energy sector.”

The projects awarded under this round are:

Mainstream Renewable Power is one of the world’s leading independent developers of renewable energy projects. With a development pipeline of over 17,000 megawatts globally it is currently operating and constructing solar and wind farms across Ireland, South Africa, Chile and Canada.