The Amelia property covers the historic Cariboo-Amelia gold mine in Camp McKinney near Rock Creek, BC in the Greenwood Mining Division.  A total of 8 square kilometers were covered by each of the magnetic and LIDAR surveys.  The LIDAR survey included orthophotos and data were collected with a Phoenix Ranger Lidar scanner via a manned helicopter. The magnetic survey was flown at 50m spaced flight lines using a DRONE-MAG system, which consists of a multi-rotor UAV platform with a GSMP-35U potassium vapor magnetometer magnetometer, and GSM-19 Overhauser base stations. 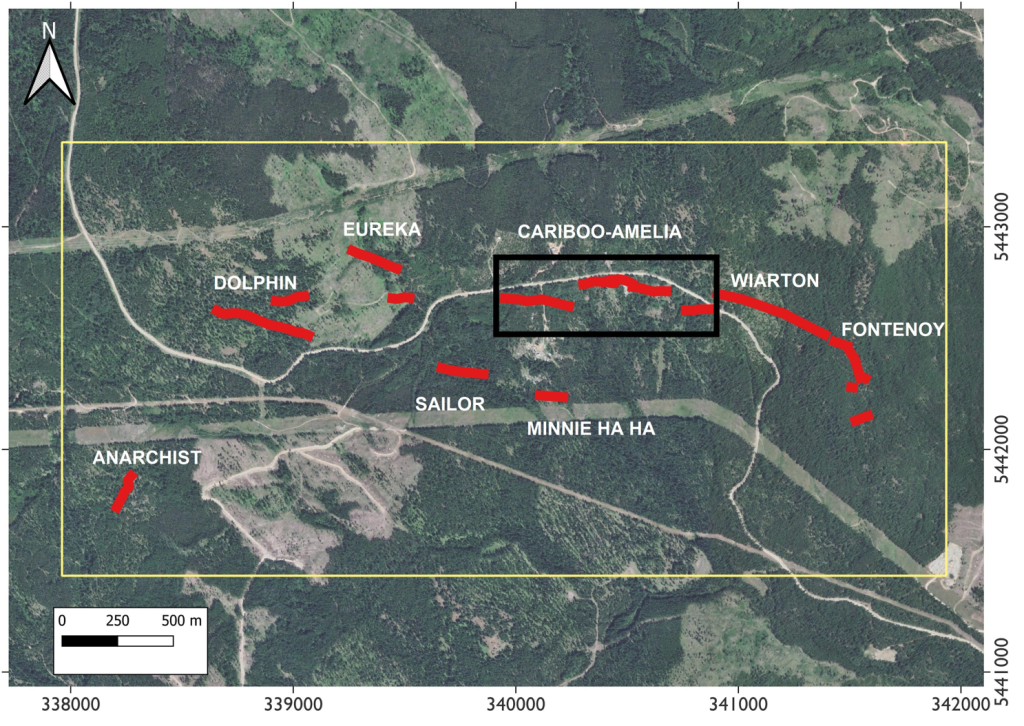 In 2022, Ximen started to re-interpret the geological structure of the mine area, aided by 3D modeling of the vein and cross-fault structures.  A patchwork of small geological, geochemical and geophysical surveys are being compiled using GIS.  The results of this work together with the new Magnetic and LIDAR surveys will be used for generating targets for exploration drilling.  The magnetic results will be used to interpret the distribution of rock types beneath cover and identify possible de-magnetized zones associated with mineralization.  The LIDAR will be used to identify fault structures and to provide a detailed topographic base.

Technical disclosure in this news release has been approved by Dr. Mathew Ball, P.Geo., VP Exploration for Ximen Mining Corp. and a Qualified Person as defined by National Instrument 43-101.