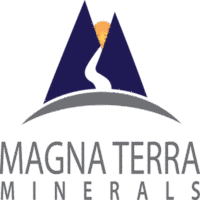 Magna Terra Minerals Inc. (TSX-V: MTT) (SSE: MTTCL) is pleased to announce complete assay results from an eight hole (1,184 meter) first phase drill program on its Luna Roja Project in Santa Cruz Province, Argentina. The drilling began on January 12, 2019 and was completed on January 31. The program was designed to test three target areas – Cruz Del Sur, Orion and Estrella del Norte, which constitute a mineralized surface footprint of approximately three kilometers by one kilometer. Assays have been received from three holes in the Cruz del Sur Target area, three from the Orion area and two from the Estrella del Norte area.

“These results represent the first, very successful drill campaign, on the Luna Roja Project, where we tested a variety of target types and have firmly illustrated the potential of this Project. Now that we know what works we are currently planning the next phase of drilling which will focus on structurally controlled mineralization in faults, hanging wall recessive tuffaceous hosts, and rhyolite stockworks with strong surface precious metal and geochemical anomalies.” Dr. Paul David Robinson, Vice President of Exploration

Mineralization in LR_DDH006 occurs in the last 15.6 m of the hole and does not appear to be directly related to faulting but may be strata bound.

Holes LR_DDH007 and 8 reported traces of gold associated with silicification along their entire lengths accompanied by anomalous arsenic, zinc and occasional antimony whereas holes LR_DDH003, 4 and 5 reported sporadic traces of gold with the same geochemistry. (Tables 1 and 2).

The Cruz del Sur target lies toward the southern end of the Project, on the Via Lactea Fault, and is associated with Au in rock chips and trench channel samples on the southwestern edge of a major rhyolitic and tuffaceous dome complex, (see Figure 1 a).

LR_DDH001 and LR_DDH002 target structurally controlled mineralization beneath wide Au anomalies in trenches 1 and 2. Figure 2 illustrates a west-east cross section, which includes LR_DDH002 and LR_DDH003 where LR_DDH003 is a geophysical target and is collared 280 meters to the east of LR_DDH002. Trench 2 reported 55 meters of 0.41 g/t Au and 13.2 g/t Ag which occurs above the LR_DDH002 intercept and is structurally related to the oxidized zone of 1.01 g/t Au between 47 and 78 meters vertical depth. Mineralization appears to be controlled largely by the high permeability of the tuffaceous units to the west of the Via Lactea Fault, implying that the system is open in that direction. LR_DDH003 did not return reportable Au or Ag anomalies but was anomalous in arsenic along much of its length as well as having traces of antimony. Despite the distance east from hole LR_DDH002, this hole remains within the mineralized system and is potentially close to the Au mineralization.

The Estrella del Norte target is the most northerly of the Luna Roja targets along the Via Lactea Fault and is the site of holes LR_DDH007 and 8. These holes do not have reportable intercepts but both are silicified and have traces of gold with arsenic and zinc along their lengths, implying that they are marginal to the gold bearing system. Hole LR_DDH008 was a geophysical target but was collared 7 meters to the south east of a 5 meter 0.5 g/t gold anomaly in trench 3 and 40 meters to the north east of a 2 meter 5.16 g/t a gold anomaly in a surface channel. These surface anomalies occur in a rhyolitic dome in a zone between the Via Lactea Fault and hole LR_DDH008 and constitute high priority targets for the next phase of drilling.

The Orion target is in the center of the Luna Roja area, between the Cruz del Sur and Estrella del Norte targets. This target was based principally on Induced Polarization as surface outcrop and mineralization are sparse. Holes LR_DDH004, 5 and 6 were drilled in chargeable and resistive anomalies to the east of the Via Lactea Fault. LR_DDH006 reported 15.6 m of 0.11 g/t Au and 0.81 g/t Ag (from 130.0 m to 145.60 m). The 15.6 meter sample is the bottom of the hole, indicating mineralization to be potentially open at depth but it is also significant that the mineralization is hosted in fine tuffs without any indication of fracturing or faulting (see Figure 4). This mineralization, which occurs 220 meters to the east of the Via Lactea Fault and may constitute strata bound mineralization in a fluid trap created by an earlier stage of silicification. This intercept occurs 950 meters to the north of LR_DDH001.

LR_DDH004 and 5 do not have reportable intercepts but are silicified with occasional traces of gold and have anomalous arsenic and zinc.

The Company is currently planning the second phase of diamond drilling and associated exploration activities on the Project in which we envisage the following:

The 3,000 meters of diamond drilling are based upon our current knowledge of the mineralized footprint and are independent of any new targets that may arise from the magnetic survey and trenching programs. Nor does this include the Cae el Sol Zone of the Luna Roja Project or any targets on the adjacent Signos Project which are also currently under evaluation.

Sampling was carried out with core being cut by angle grinder and half of the core retained for logging and potential re-analysis. Blind standards, blanks, and duplicates were inserted into the sample chain accounting for 10% of samples. Samples were then delivered, by Magna Terra staff, to Andesmar in Caleta Olivia, Santa Cruz, Argentina from where they were transported to ALS Chemex Laboratories in Mendoza, Argentina, for gold fire assay and multi element analysis.

All technical data disclosed in this press release has been verified by Magna Terra’s Qualified Person, Paul D. Robinson Ph.D. and Certified Professional Geologist as recognized by the Association of Professional Geoscientists of Ontario (APGO).

Magna Terra Minerals Inc. is a precious metals focused exploration company, headquartered in Toronto, Canada. Magna Terra has a significant interest in the province of Santa Cruz, Argentina within the prolific Deseado Massif in southern Patagonia. With a recent precious metals discovery on its Luna Roja Project, and an extensive portfolio of district scale drill ready projects, along with a highly experienced management and exploration team, MTT is positioned to deliver significant shareholder value.