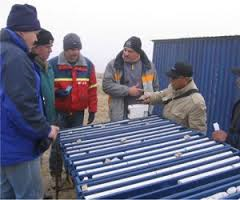 Macusani Yellowcake Inc. (TSX-V:YEL) (FRANKFURT:QG1) and Azincourt Uranium Inc. (TSX-V:AAZ) are pleased to announce that they have signed a non-binding letter of intent which contemplates the acquisition by Macusani of all of Azincourt’s adjacent uranium properties located on the Macusani Plateau in south-eastern Peru in exchange for 68,350,000 common shares of Macusani.

Completion of the Transaction is expected to result in substantial synergies, creating significant value for both Macusani and Azincourt shareholders, including: