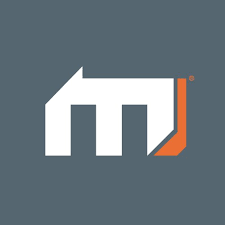 A copy of FEL’s full release is available here.

A total of 1798m from 36 holes were drilled at approximately 1km intervals targeting underground extensions to the periodically outcropping mineralised gossan identified during previous reconnaissance.

Guidance for next phase planning

Grades in all intersections show strongly anomalous mineralisation and provide valuable guidance for hole location in the next phase of drilling. Planning for the next phase of exploration will be completed following full interpretation of initial assay results.

The central and northern most holes intercepted the anomalous zone towards the end of the respective holes which indicates why some of the other planned holes failed to intersect the target.

The southernmost hole intersected a wide zone of anomalism from 23m down to 42m with increasing levels of zinc continuing below.

All three holes intersected anomalism below the optimal supergene and enrichment zones.  This information will allow more accurate dip data to be used in locating further follow up drilling and target depths which will attempt to intersect supergene and enrichment zone mineralisation. Figures 2, 3 and 4 show cross sections of the intersecting holes with the interpreted target body and show where other nearby holes failed to intersect

In addition, one hole towards the northern extent of the project area returned strongly anomalous gold grades from targeted drilling in known gold bearing quartz veins.

As the quartz veins are host to nugget gold, the anomalous grades returned can be considered significant and represent the presence of fine gold given no visible gold was logged.

Fe Limited’s initial preliminary drilling was conducted along the total strike length of 14 kilometres that was mapped and sampled at outcrop resulting in high-grade rock chip results.

Fifteen samples gathered were from outcropping gossan both with and without visible copper minerals with a high sample result of 18.8% among eight samples that returned copper values in excess of 1%.

Figure 4 is available at

Figure 5 is available at

Macarthur Lithium Pty Ltd (“MLi”), a wholly owned subsidiary of Macarthur entered into an exclusive option agreement with FEL as announced on May 14, 2019, to earn up to 75% in its Pilbara lithium and gold projects in respect of 7 tenements in the Pilbara ranging from south of Nullagine to north of Pilgangoora.

FE Limited (ASX: FEL) is a listed mineral exploration Company that holds or has rights or interests in various projects and tenements prospective for battery metals, copper, iron ore, gold and base metals located in Australia. The Company is focused on the exploration of battery metal projects. In March 2019, FEL entered into an agreement to acquire the Pippingarra Lithium Project and the Marble Bar Lithium Project (Project) from Mercury Resources Group Pty Ltd. These areas complement the tenement portfolio of Macarthur Minerals, establishing an 1800 square kilometer exploration footprint in the important Lithium and Gold region of Western Australia.

Mr Andrew Hawker, a member of the Australian Institute of Geoscientists, is a full-time employee of Hawker Geological Services Pty Ltd and is a Qualified Person as defined in National Instrument 43-101.  Mr Hawker has reviewed and approved the technical information contained in this news release.