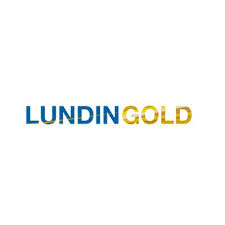 Lundin Gold Inc. (TSX: LUG) (Nasdaq Stockholm: LUG) is pleased to announce that it has closed its previously announced senior secured project finance debt facility of $350 million with a syndicate of seven senior lenders to fund the development and construction of the Fruta del Norte gold project in Ecuador.  The Company has also executed a gold concentrate offtake agreement.  All amounts in this release are in U.S. dollars unless otherwise indicated.

“Fruta del Norte’s development continues to be a catalyst for Ecuador’s emerging mining sector,” said Ron Hochstein, Lundin Gold’s President and CEO. “The Facility and the Offtake are the first deals of their kind in the country and have also considerably de-risked the Project from a financial standpoint. Going forward we are pursuing our goal of first gold in the fourth quarter of next year.”

The lenders are ING Capital LLC, Societe Generale, Caterpillar Financial Services Limited, The Bank of Nova Scotia, Natixis, KfW IPEX-Bank GmbH and Bank of Montreal. The borrower is Aurelian Ecuador SA, the holder of the Project and a wholly-owned subsidiary of Lundin Gold.

The initial draw down of the Facility is not expected to occur until the first quarter of 2019 and is subject to customary conditions precedent and establishing a cost overrun facility. Discussions for the provision of this facility are underway with selected potential parties.

Under the Offtake, the Company will sell approximately half of its gold concentrate production over its first eight years of operations to Boliden, a high-tech metal company with a network of mines and smelters across Europe.

Lundin Gold was advised by Endeavour Financial on this transaction.  Norton Rose Fulbright Canada LLP acted as legal counsel to the Company with support from the Lexim Abogados law firm in Ecuador.

Lundin Gold, headquartered in Vancouver, Canada, is developing its wholly-owned Fruta del Norte gold project in southeast Ecuador. Fruta del Norte is one of the world’s largest, highest-grade gold projects currently under construction. The Company’s board and management team have extensive expertise in mine construction and operations, and are dedicated to advancing this project through to first gold production in the fourth quarter of next year.

The Company operates with transparency and in accordance with international best practices. Lundin Gold is committed to delivering value to its shareholders, while simultaneously providing economic and social benefits to impacted communities, fostering a healthy and safe workplace and minimizing the environmental impact. The Company believes that the value created through the development of Fruta del Norte will benefit its shareholders, the Government and the people of Ecuador.