Ecuador’s Vice President, Otto Sonnenholzner, Minister of Energy and Non-Renewable Natural Resources, Carlos Pérez and Vice Minister of Mining, Fernando Benalcázar, along with other top officials from national government ministries with which the Company has been working, attended the inauguration.  During his speech, the Vice President reiterated the national government’s support for the Project, highlighting “the great work that this team has done, which makes our country proud. Let’s make Fruta del Norte be the light that guides Ecuador as it develops its mining sector.”

On November 16th, Lundin Gold produced the first doré bar from the gravity circuit at Fruta del Norte.  Production of gold concentrate, as part of the commissioning activities, is also well advanced with the first containers being loaded with marketable concentrate.  Commissioning of the carbon in leach circuit is ongoing and nearing completion.

“This is another exciting and significant milestone for the Lundin Gold team and the people of Ecuador”, said Ron Hochstein, President and CEO of Lundin Gold.  “We will continue to focus on completing commissioning and ramping up production on the path to commercial production in the second quarter of 2020.”

Based on the current projections, the first export of concentrate and doré is anticipated by mid-December. 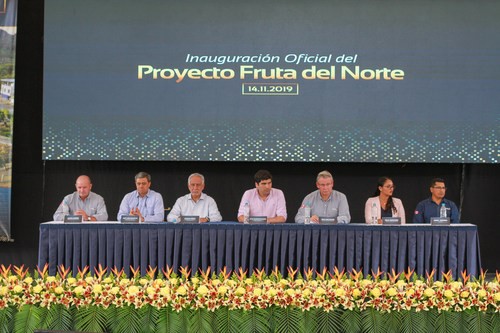 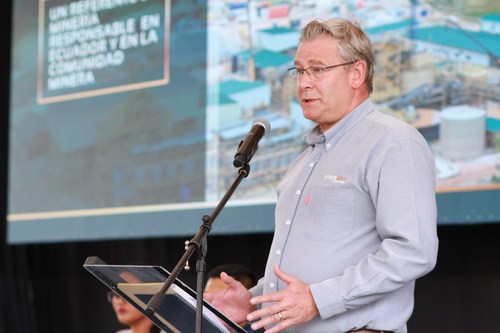 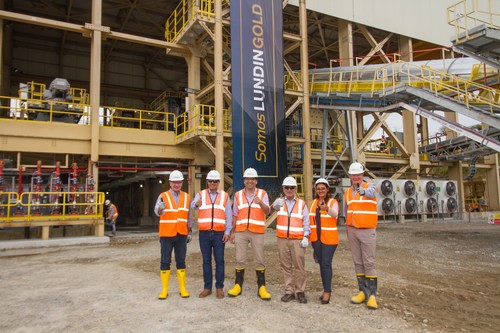 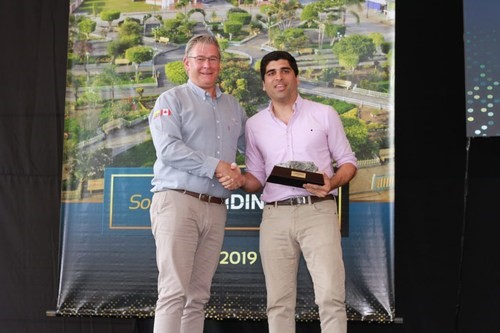