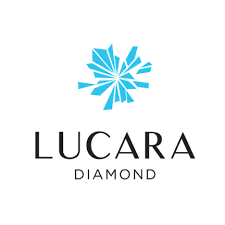 Pursuant to the Offering, a total of 33,810,000 common shares of the Company, including 4,410,000 Common Shares issued pursuant to the over-allotment option, which was exercised in full, were sold at a price of C$0.75 per Common Share, for aggregate gross proceeds of approximately C$25.4 million. The Common Shares issued pursuant to the Offering were offered by way of a short form prospectus filed in British Columbia, Alberta, Manitoba, Ontario and Quebec. The Offering was conducted through a syndicate of underwriters comprised of BMO Capital Markets and Scotia Capital Inc.

The net proceeds of the Financing will be used for working capital to support the development and ongoing operation of the Karowe diamond mine, including the Karowe Underground Expansion Project as described in the Company’s press release of July 12, 2021.

This news release is not an offer to the public to subscribe for Common Shares or otherwise acquire Common Shares or other financial instruments in the Company, whether in Sweden or in any other EEA Member State and does not constitute a prospectus in accordance within the meaning of Regulation (EU) 2017/1129 of the European Parliament and of the Council of 14 June 2017. No such prospectus has been or will be prepared in connection with the Offering or the Private Placement.

Lucara is a leading independent producer of large exceptional quality Type IIa diamonds from its 100% owned Karowe Mine in Botswana and owns a 100% interest in Clara Diamond Solutions, a secure, digital sales platform positioned to modernize the existing diamond supply chain and ensure diamond provenance from mine to finger. The Company has an experienced board and management team with extensive diamond development and operations expertise. The Company operates transparently and in accordance with international best practices in the areas of sustainability, health and safety, environment and community relations.