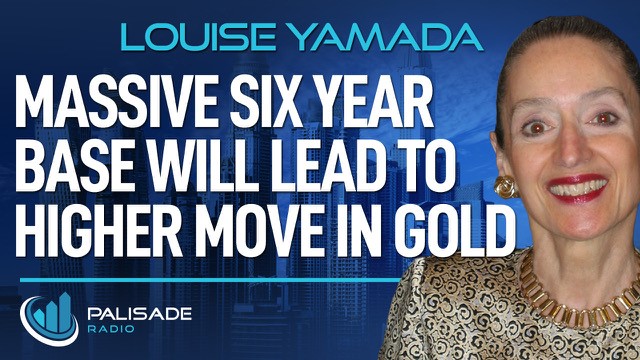 Louise became involved with technical analysis in a round-about-way. She received some professional advice from her broker, which led her to take an advanced course on the topic taught by Alan Shaw. She found it fascinating and was hired right out of the class by Smith Barney. A lot of her education was hands-on from the job itself. She says, “To a certain degree, that approach allowed me to think outside of the box.” Gold has had a tremendous six-year base, and the recent breakout has reached the support levels of the 2011-2012 period. It makes sense for a pause and a possible pullback at this level. The next moves could equal or surpass the previous high. The potential is there in terms of a technical profile.