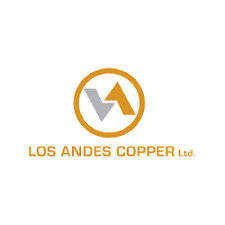 Los Andes Copper Ltd. (TSX-V: LA) is pleased to announce that it has entered into a net smelter return royalty agreement with Resource Capital Fund VI L.P for a total price of US$8 million, payable in tranches. The Royalty applies to the sale of all locatable minerals produced from the San Jose 1/3000 exploitation concession that forms part of the Company’s Vizcachitas Project in Chile. Under the Royalty, RCF will receive 0.98% NSR for open pit operations and 0.49% NSR for underground operations.

“I am delighted to announce the completion of this NSR royalty agreement which highlights the continued support from RCF to the Vizcachitas Project, and strongly positions the Company to continue successfully developing the Project.

Following the completion of the Project’s updated PEA, released in June 2019, the proceeds from this NSR will be used to advance work on the PFS, which has already commenced and is progressing well.

Further drilling programmes are also expected as part of the PFS and to explore prospective areas immediately surrounding the current mineralization. We are processing the environmental permits for this drilling.

The company owns 100% of the Vizcachitas project, one of the largest advanced copper deposits in the Americas. Vizcachitas is to become Chile’s next major copper mine. The project is a copper-molybdenum porphyry deposit, located 150 km north of Santiago, in an area of very good infrastructure.

The Project is currently undertaking a pre-feasibility study.