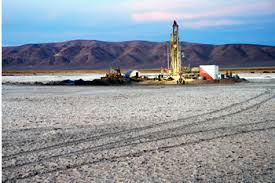 Lithium Americas Corp. (TSX:LAC) is pleased to announce that POSCO’s innovative high efficiency lithium extraction demonstration plant operating at LAC’s Cauchari salar in Jujuy Province, Argentina, has produced in excess of six tonnes of lithium compound since the formal inauguration of the Demo Plant on December 22, 2014. These initial six tonnes of lithium compound will now be sent by POSCO to Korea for final processing and packaging, and then delivered for testing to end users and potential customers. POSCO has advised that initial test results indicate that the Demo Plant is achieving or exceeding all initial performance targets as it has operated on a continuous 24 hour production cycle.

The POSCO extraction process is also capable of producing potash. The potash demonstration plant, located in Jujuy city, is in the final stage of construction and is expected to be in operation in the next few weeks. Both the lithium and potash plants will operate for several weeks, following which LAC expects to commence commercial stage negotiations with POSCO in the spring of 2015.

LAC’s previously published National Instrument 43-101 compliant Feasibility Study was based on the use of traditional evaporation technology. According to the FS results, the resource estimate contained in the Company’s Cauchari-Olaroz lithium project is the third largest known lithium brine resource in the world.

LAC’s board of directors met in Argentina this past week, visited the Company’s Cauchari-Olaroz lithium project, and received a tour of the Demo Plant, conducted by Dr. Uong Chon, head of POSCO’s lithium team. Following the Board visit, LAC’s Executive Chairman, Tom Hodgson, commented: “We are very encouraged by the positive initial test results of the Demo Plant, and congratulate Dr. Chon and his team for their exceptional efforts in constructing a very impressive facility. We are excited by the many benefits that POSCO’s technology is expected to bring to our already world-class lithium resource, and we look forward to beginning commercial stage negotiations in the near future.”