Lion One Receives Approval of Environmental Impact Assessment; Department of Environment Recommends that Mining Can Proceed At Tuvatu Gold Project in Fiji

Lion One Receives Approval of Environmental Impact Assessment; Department of Environment Recommends that Mining Can Proceed At Tuvatu Gold Project in Fiji 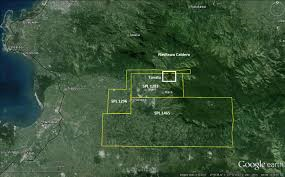 Lion One Metals Limited (TSX VENTURE:LIO) (FRANKFURT:LY1) (OTCQX:LOMLF) (ASX:LLO) is pleased to announce the completion and approval of its Environmental Impact Assessment (“EIA”) for its Tuvatu Gold Project located near Nadi on the island of Viti Levu in Fiji.

Fiji’s Department of Environment has approved the Company’s EIA for Tuvatu and has recommended that mining activities can proceed. Additionally, in December 2013, the Director of Mines published the Company’s Notice for a Mining Lease Application in the Fiji Government Gazette and two national newspapers, and has since notified the Company that no public objections were lodged during the proscribed thirty day window. The granting of the Mining Lease is now contingent upon the grant of the Surface Lease. Advanced discussions are underway with the iTaukei Land Trust Board concerning the terms of compensation for land use at Tuvatu, which is a necessary prerequisite for the grant of the Surface Lease. The Company anticipates finalizing the terms of compensation for the Surface Lease in a timely manner and will provide further guidance as warranted.

Since the acquisition of Tuvatu in 2011, Lion One has focused on the compilation and validation of data gathered by previous operators, extensive surface work, and over 13,800 meters of infill and step-out drilling aimed at expanding and upgrading the resource. The Company’s new Managing Director Stephen Mann has completed an internal resource review and an evaluation of the near-surface resource potential, and development options. The Company’s board of directors has authorized the appointment of an engineering firm to carry out an independent evaluation of his review. Mr. Mann has over 30 years’ experience in mineral exploration and mining, and was credited with the discovery, development, and initiation of mining at the La Mancha Resources-owned Frogs Leg and White Foil gold mines near Kalgoorlie, Western Australia.

“This is an exciting period in the evolution of the Tuvatu Gold Project and a critical phase in the transition towards mining and production at Tuvatu.” said Lion One Chairman and CEO Walter H. Berukoff. “We are grateful for the support of the Fiji Government through the permitting process while we strengthen the development potential for Tuvatu.”

Tuvatu has been subject to significant historic exploration and underground development. During the 1997 to 2000 period, over 1,600 meters of underground workings, 87,000 meters of drilling, trial mining, bulk sampling, and engineering and socio-economic studies were completed.

Lion One was founded by the successful Canadian entrepreneur Walter H. Berukoff, Chairman of Red Lion Management. Mr. Berukoff is recognized as the founder and former CEO of three notable Canadian mining companies later acquired for an aggregate of over $3 billion; Miramar Mining, Northern Orion Resources, and La Mancha Resources.