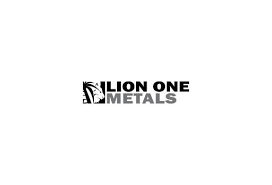 “With the 2021 drill campaign fully underway, Lion One continues to see a steady stream of high-grade drill intercepts return from Tuvatu,” commented Dr. Quinton Hennigh, technical advisor to Lion One. “While shallow intercepts help us build confidence with the resource area, our deeper drill holes continue to demonstrate excellent opportunity for expansion of some of the principal Tuvatu lodes at depth. The UR4 lode looks particularly promising given we can now see at least 200m of untested strike at depth. Shortly, drilling will commence at Banana Creek where a deep capacity rig will probe deeper parts of that large anomalous gold system in search of Tuvatu style lodes.”

Survey details of diamond drill holes discussed in this release

Drilling and Assay Processes and Procedures

The Company is utilizing its own diamond drill rig, using PQ, HQ and ultimately NQ sized drill core rods. Drill core is logged by Company geologists and then is sawn in half and sampled by Lion One staff.

Samples are analyzed at the Company’s own geochemical laboratory in Fiji, whilst pulp duplicates of samples with results >0.5g/t Au are sent to ALS Global Laboratories in Australia for check assay determinations. Assays reported here will be sent to ALS Global Laboratories for check assays shortly. All samples are pulverized to 80% passing through 75 microns. Gold analysis is carried out using fire assay with an AA finish. Samples that have returned grades greater than 10g/t Au are then re-analyzed by gravimetric method. Lion One’s laboratory can also assay for a range of 71 other elements through Inductively Coupled Plasma Optical Emission Spectrometry (ICP-OES), but currently focuses on a suite of 9 important pathfinder elements. All duplicate anomalous samples sent to ALS Townsville, Queensland, Australia are analyzed by the same methods (Au-AA26, and also Au-GRA22 where applicable). ALS also analyze for 33 pathfinder elements by HF-HNO3-HClO4 acid digestion, HCl leach and ICP-AES. (method ME-ICP61).

The scientific and technical content of this news release has been reviewed, prepared, and approved by Mr. Stephen Mann, P. Geo, and a Director of Lion One, who is a qualified person pursuant to National Instrument 43-101 – Standards of disclosure for Mineral Projects.

The Tuvatu gold deposit is located on the island of Viti Levu in the South Pacific island nation of Fiji. The mineral resource for Tuvatu as disclosed in the technical report “Tuvatu Gold Project PEA”, dated June 1, 2015, and prepared by Mining Associates Pty Ltd of Brisbane Qld, comprises 1,120,000 tonnes indicated at 8.17 g/t Au (294,000 oz. Au) and 1,300,000 tonnes inferred at 10.60 g/t Au (445,000 oz. Au) at a cut-off grade of 3 g/t Au. The technical report is available on the Lion One website at www.liononemetals.com and on the SEDAR website at www.sedar.com.

Lion One’s flagship asset is 100% owned, fully permitted high grade Tuvatu Alkaline Gold Project, located on the island of Viti Levu in Fiji. Lion One envisions a low-cost high-grade underground gold mining operation at Tuvatu coupled with exciting exploration upside inside its tenements covering the entire Navilawa Caldera, an underexplored yet highly prospective 7km diameter alkaline gold system. Lion One’s CEO Walter Berukoff leads an experienced team of explorers and mine builders and has owned or operated over 20 mines in 7 countries. As the founder and former CEO of Miramar Mines, Northern Orion, and La Mancha Resources, Walter is credited with building over $3 billion of value for shareholders.