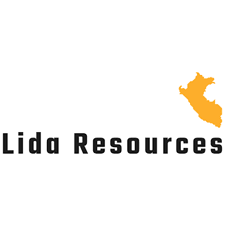 Lida Resources Inc. (CSE: LIDA) a Canadian exploration company, is pleased to announce that it has entered a Letter of Intent to option the Minas Pampa Project, in La Libertad Region Peru. The LOI encompasses 300 hectares which encompass the optioned property.

The Minas Pampa Property is located near the village of Casgabamba within the Sarin district of the Sánchez Carrión Province of the La Libertad Department in northern Peru. The Property is approximately 450 km due north of Lima, the capital of Peru and the coastal city of Trujillo lies 120 km to the west. Huamachuco, the nearest population center, is 18 km north-northwest of the Property. The Minas Pampa Property is situated along the eastern flank of the Western Cordillera of the Central Andes Mountains in northern Peru.

The Minas Pampa Project hosts primarily epithermal precious metal mineralization within the Cretaceous aged Chimu Formation clastic sedimentary rocks. Numerous past and currently producing epithermal gold and silver mines in the La Libertad Department of Northern Peru are hosted in the Chimu Formation and the other closely associated Lower Cretaceous clastic sedimentary rocks of the Goyllarisquizga Group along with Calipuy Formation volcanics and associated intrusions.

Veining, erosion, oxidation and more recent supergene processes have likely contributed to remobilization of the Au-Ag mineralization. The main zone of mineralization is associated with hydrothermal brecciation along the axis of an anticline and along a steeply dipping normal fault (Candela Structure) that has an orientation of approximately 320° to 330°. This structure follows the surface trend of the Chimu sandstones that have a general bearing of 310° to 330° both locally and regionally. This is the same orientation as the Northern Corridor metallotectonic belt of north Andean Peru which hosts much of the gold mineralization in the La Libertad and other districts. These are the structural and lithological controls that likely controlled hydrothermal alteration and Au-Ag mineralization at Minas Pampa.

Lida Resources can acquire 100% of the property on the following terms:

Lida acquires properties by staking initial mineral claims, negotiating for permits from government authorities, acquiring mineral claims or permits from existing holders, entering into option agreements to acquire interests in mineral claims or purchasing companies with mineral claims or permits. On these properties, the Company explores for minerals on its own or in joint ventures with others. Exploration for metals usually includes surface sampling, airborne and/or ground geophysical surveys and drilling. The Company is not limited to any particular metal or region, but the corporate focus is on precious and base metals in South America, specifically Peru, as at the date hereof.