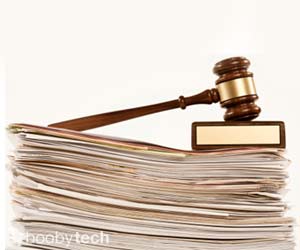 Liberty Silver Corp. (TSX:LSL) has become aware that the Company and its Chief Executive Officer have been named as defendants in a proposed class action lawsuit filed against Robert Genovese, certain individuals alleged to have collaborated with Mr. Genovese, and an offshore investment firm allegedly controlled by Mr. Genovese. The action contains various claims alleging violations of the United States Securities Exchange Act of 1934 and rules thereunder relating to anomalous trading activity and fluctuations in the Company’s share price from August through October 2012. The plaintiff purports to bring suit on behalf of all who purchased or otherwise acquired the Company’s common shares from April 1, 2008, through and including October 5, 2012.

The complaint was filed in the United States District Court for the Southern District of Florida, and, to the Company’s knowledge, neither the Company nor its Chief Executive Officer have yet been served with the complaint.

If a complaint is served, Liberty and its Chief Executive Officer intend to fully investigate the complaint and will undertake a vigorous defence.

Liberty Silver Corp. is focused on exploring and advancing mineral properties located in North America. Liberty Silver is led by a skilled, experienced management team and board of directors with significant experience managing exploration, development, and mining projects. Liberty Silver is committed to creating value for its shareholders by advancing its current projects utilizing its mitigated risk approach to developing new resources on its current properties, and acquiring new properties that have the potential to increase their resource base. The Trinity Silver Project, located in Pershing County, Nevada, is Liberty Silver’s flagship project. Liberty Silver has the right to earn a joint venture interest in the 10,940 acres Trinity property pursuant to the terms of an earn-in agreement with Renaissance Gold Inc.