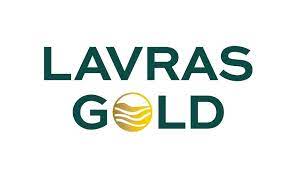 Lavras Gold Corp. (TSX-V: LGC) has made an important new gold discovery at its LDS Project in southern Brazil.

Assay results have been received from inaugural drilling at Zeca Souza, where all 14 drillholes encountered at least one but more typically multiple intercepts of gold generally starting at or near surface. Several holes bottomed in gold mineralization and require follow-up work.

Zeca Souza is one of 23 known gold targets at the LDS Project and is located 2.1 kilometres north of the Butiá Deposit (see Figure 1). Butiá hosts an NI 43-101 compliant near-surface gold resource of about 500,000 ounces, as detailed in the NI 43-101 Technical Report Mineral Resource for Butiá Gold Prospect dated and effective January 25, 2022. The report was prepared by VMG Consultoria e Soluções Ltda. for Lavras Gold Corp. and is available on www.sedar.com under Lavras Gold’s issuer profile.

“We are very pleased with these early results from Zeca Souza, where we are seeing bonanza gold grades near the surface of this new discovery,” said Michael Durose, Lavras Gold’s President and CEO. “The exceptional gold grades associated with visible gold in silicified veinlets, together with long intervals of elevated gold values relatively close to surface, suggest there is a robust gold system at Zeca Souza.

“Our next steps will be to follow up on these results to better understand the nature of the structures that host the gold and Zeca Souza’s relationship to the nearby Caneleira gold deposit, about one kilometre to the southeast.”

This type of gold occurrence and association is similar in nature to the Company’s Butiá Deposit.

The location of the drillholes relative to a magnetic anomaly are also shown in Figure 2. Figure 3 shows a long section looking north, and Figure 4 illustrates a cross-section looking east.

Drillhole results are summarized in Table 1 and assume a cut-off grade of 0.25 g/t gold and no top cut. Intervals refer to drillhole intervals as true widths have not been determined at this time.

The northern fence of holes consists of seven holes. All holes returned elevated gold values in at least one but more typically multiple intercepts.

The western most hole 22ZS008 returned nominal low-grade intercepts including 1 metre grading 0.33 g/t gold from 103 metres. There are some anomalous gold values near the bottom of the hole. This hole is interpreted to have missed the main gold-hosting structural corridor and needs to be extended to depth.

Multiple elevated gold values were intersected in the six other holes.

The southern fence of drillholes consists of five holes testing an east west strike length of about 350 metres.

Multiple elevated gold values were intersected in all holes with several bottoming in gold mineralization. Gold is typically associated with hydrothermally altered perthitic granite within east-west trending structures. Gold is commonly correlated with fine grained disseminated pyrite, and in some instances visible gold.

In addition to the two fences of drillholes, two other holes were collared south of the southern fence of holes to test two different interpreted structures:

Next steps at Zeca Souza

The geological team is compiling and analyzing these drilling results generated from Zeca Souza to better understand the nature of the gold-bearing structures hosting the gold.

This first pass drilling program tested targets to relatively shallow vertical depths of up to 230 metres (see Figure 3 and Figure 4 cross sections). Five of the 14 holes drilled bottomed in gold mineralization, and as such a part of the next round of drilling at Zeca Souza will be to test deeper targets and extensions to known mineralization.

The high-grade interval of drillhole ZS22011 was surrounded by a halo of lower-grade mineralization typically associated with 1-2% disseminated sulphides (pyrite +/- sphalerite and galena). Better understanding the relationship between the bonanza gold grades and lower tenor gold is a focus.

The Zeca Souza target remains open to expansion along strike and at depth. Based on the drone magnetic survey, it appears that structures associated with gold mineralization include a confluence of northeast, east-west, and northwest structures (see Figure 2).

Follow-up work may include a ground induced polarization survey to better define the structural setting at Zeca Souza and to highlight any areas of high chargeability and/or zones of high resistivity that could help better vector into areas of high gold mineralization potential.

Another important aspect of the gold targeting at Zeca Souza is to better understand its relationship to the Caneleira gold target, which is about one kilometre to the southeast (see Figure 8).

The magnetic low signature trends northwest directly towards the Zeca Souza target. The gold-bearing structure is hosted within hydrothermally altered monzogranites. The alteration is usually silica (quartz) flooding, sericite, and disseminated pyrite. Some higher-grade intervals are associated with visible gold.

A summary of reinterpreted historical results from the Caneleira drilling program is shown in Table 2.

Some key highlights include:

We started a soil sampling program at Caneleira that will consist of 3,500 samples. The soil grid will have lines spaced 200 metres apart and samples will be taken every 50 metres along each line.

This will be followed by a 3,000-metre follow-up drilling program that is planned to begin in the fall of 2022. The program is designed to:

Michael Durose, Lavras Gold’s President and CEO, is a qualified person as defined by NI 43-101. He has reviewed and approved the scientific and technical information contained in this release.

For the Zeca Souza prospect, sample handling, preparation, and analysis are monitored through the implementation of formal chain-of-custody procedures and quality assurance/quality control programs designed to follow industry best practices.

Drill core is logged and sampled in a secure facility located in Lavras do Sul, Rio Grande do Sul State, Brazil. Drill core samples for gold assay are cut in half using a diamond saw and submitted to ALS Laboratories Inc. in Goiania, Goiás State, Brazil for preparation by crushing to 70% passing 2.0 mm, riffle splitting to obtain 500 g aliquots, and pulverizing to 85% passing 75 microns.

Pulps are shipped to ALS Laboratories in Lima, Peru and analyzed by a 30 g fire assay and AAS finish. For assays above 10 ppm gold, a cut of the original pulp was re-assayed with a gravimetric finish.

Certified standards, non-certified blanks and field duplicates are inserted into the sample stream at regular intervals, so that QA/QC accounted for about 10% of the total samples. Results are routinely evaluated for accuracy, precision, and contamination.

For the Caneleira historical results that were generated in 2007 and 2008, samples were sent to Acme Laboratories in Goianna, Brazil, and Vancouver, Canada. Gold is determined using fire assay using 50 g aliquots with an ICP finish; if the grade is higher than 3ppm a gravimetric method is used. All samples are subject to a chain of custody and are submitted with standards and blanks to check the assay results. The laboratories also use internal standards and repeat analysis. For the results reported in this release all the standards, blanks and repeats delivered acceptable results. The Company has been targeting larger intersections of 0.3 g/t gold. Intersections that fall short of this threshold may provide exploration insight and are so given.

Lavras Gold is a Canadian exploration company focused on realizing the potential of a multi-million-ounce gold district in southern Brazil. Its Lavras do Sul Project is located in Rio Grande do Sul State, and is primarily an intrusive hosted gold system of possible alkaline affinity. More than 23 gold prospects centred on historic gold workings have been identified on the property, which spans more than 22,000 hectares.