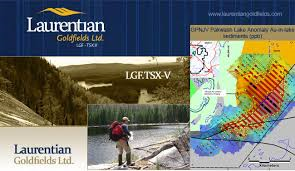 Laurentian Goldfields Ltd. (TSX VENTURE:LGF) is pleased to announce it has signed a Letter of Intent to acquire a 100% interest in the Newman-Madsen Gold Property from Sabina Gold & Silver Corp. The Newman-Madsen Property is adjacent to the Madsen Gold Project which Laurentian entered into a Definitive Agreement to purchase from Claude Resources Inc. on December 19, 2013. Together the two properties comprise in excess of 5,000 hectares in the prolific Red Lake gold camp of Northwestern Ontario. The consolidated property consists of two former gold producers including the Madsen Gold Mine which had previous gold production of 2.4 million ounces.

Darin Labrenz President & CEO of Laurentian stated that: “Laurentian is pleased to announce the acquisition of the Newman-Madsen Gold Property. The Madsen Mine Trend has never been consolidated under one operator and the addition of the Newman-Madsen property represents a unique opportunity to apply a new and consistent exploration model to a consolidated mine trend that exceeds over 12 kilometres in length and over 50 square kilometres in size. This first-time consolidation of the Madsen Mine Trend will transform Laurentian into a leading Red Lake gold exploration company.”

Consideration payable by Laurentian consists of shares representing 9.9% of Laurentian’s shares outstanding following completion of both the Madsen and Newman-Madsen acquisitions. On closing of the Newman-Madsen transaction, it is anticipated that Laurentian will seek shareholder approval to appoint Mr. Robert Pease, current President & CEO of Sabina, to Laurentian’s previously announced proposed Board of Directors (see Proposed Board of Directors below).

Macquarie Capital Markets Canada Ltd. is acting as financial advisor to Laurentian with regard to the acquisition and financing.

On December 19th, 2013 Laurentian announced it had entered into a Definitive Agreement to purchase a 100% interest in the Madsen Gold Project from Claude Resources Inc. The terms of the Madsen Transaction include both cash payments and share consideration to Claude consisting of:

Existing mine and mill infrastructure on the property includes a 1,275 metre shaft, recently de-watered to below the 16 level (approximately 775 metres below surface), a 500 tonne per day mill and CIP gold recovery circuit installed at site in the late 1990’s, and tailings storage facility, all of which are fully permitted and currently on care and maintenance. The existing permitted infrastructure provides considerable development flexibility, allowing for shortened timelines and the opportunity to leverage on exploration success.

The second former gold producer on the Madsen property is the historic Starrett-Olsen Mine. A 450 metre shaft was sunk in 1945 and mining operations were carried out from 1945 to 1956. A total of 823,544 metric tonnes were mined at an average recovered grade of 6.17 g/t Au to produce 163,990 ounces of gold. The Starratt-Olsen Mine does not have a current mineral resource. Only limited modern day exploration has been conducted near the mine workings.

In addition to the historic production and the mineral resource, the Madsen Gold Project has enormous upside exploration potential. A new understanding of controls on high-grade mineralization in the Red Lake camp has resulted in multiple recent discoveries on the Madsen property since the mining operation ceased. These include the Fork Zone, Russett South, Treasure Box, and Buffalo. A near term focus of Laurentian will be to advance many of these exploration targets and potentially define mineral resources. Laurentian will also focus its exploration efforts on developing additional targets along the 12 km-long Madsen Mine Trend and the 10 km-long ‘8 Zone’ corridor.

Proposed Board of Directors

Laurentian will transform its Board at closing by seeking shareholder approval to add the following experienced mining professionals as a result of this transformational acquisition:

Dr. O’Dea is the Founder and Chair of Pilot Gold Inc. and Executive Chair of True Gold Mining Inc. with a track record of creating strong, well-financed companies built on high-quality projects and run by technical leaders. As President, Chief Executive Officer and Director of Fronteer Gold Inc. (2001 to 2011), Dr. O’Dea grew the company from a $2 million start-up into a well-funded, high-profile, development-focused gold company acquired in 2011 by Newmont Mining Corp. for $2.3 billion. Over the past decade, Dr. O’Dea has raised more than $750 million through equity financings, equity investments and asset divestitures.

Mr. Pease has been involved with mineral exploration and mine development projects worldwide for the past 30 years. In 2006, Mr. Pease formed Terrane Metals Corp. with the intent to develop the Mt Milligan Gold-Copper project northwest of Prince George. Terrane advanced the project through exploration, development, and mine permitting. Construction commenced in the spring 2010, and ultimately Terrane Metals was acquired by Thompson Creek Mining in late 2010 for $700 million. He is also a former Director and Strategic Advisor to Richfield Ventures Corp., a junior gold mining company who discovered Blackwater gold project in British Columbia. Richfield was acquired in 2011 by New Gold Inc for $500 million. Prior to becoming President and CEO of Terrane, Mr. Pease was employed by the Placer Dome group for the majority of his professional career.

Mr. Currie most recently served as Director, Investment Banking at CanaccordGenuity Limited where he concentrated specifically on the junior mining sector. He retired from Canaccord in August 2012. Prior to his role in Investment Banking he was with Canaccord as a Senior Mining Analyst who focused, for over 22 years, on the junior mining sector. Mr. Currie has over three decades of industry experience directed specifically on junior exploration and development companies worldwide, and has extensive knowledge of the capital markets as it relates to the mineral exploration and mining industry.

Mr. Fierro is a successful mining engineer with over 28 years of industry experience. He has previously held executive positions with Fronteer Gold Inc., Metallica Resources Inc., and Coeur d’Alene Mines, where he has overseen the development, construction or management of mines in Nevada, Mexico, Argentina, Chile, and Alaska. At Fronteer, Mr. Fierro acted as COO, and at Metallica, he was Vice President Operations where he played the lead role in the construction of the Cerro San Pedro Mine in Mexico. Mr. Fierro was also a director of Grayd Resources and is currently a Board Member with Timberline Resources. Mr. Fierro graduated with a Bachelor of Science – Mine Engineering from South Dakota School of Mines where he serves on the Advisory Board.

Mr. Boggio was a Partner with PricewaterhouseCoopers LLP (“PwC”) and its predecessor firm Coopers & Lybrand from 1988 until his retirement from PwC in May 2012. During that time, he was Leader of the B.C. Mining Group of PwC, a senior member of PwC’s Global Mining Industry Practice and an audit practitioner for publicly listed Canadian, U.S. and U.K. mineral resource and energy clients. The scope of his clients’ activities included exploration, development and production stage operations in the Americas, Africa, Europe and Asia. Mr. Boggio holds a B.A. and B.Comm. from the University of Windsor, Ontario and is a member of the Institute of Chartered Accountants of British Columbia.

The aforementioned technical report and other exploration reports were reviewed on behalf of the Company by Darren O’Brien, P.Geo., a consultant to the Company and a “Qualified Person” under NI 43-101. The scientific and technical information in this news release has been approved by Mr. O’Brien.

To the best of the Company’s knowledge, information and belief, there is no new material, scientific or technical information that would make the disclosure of the mineral resources inaccurate or misleading.