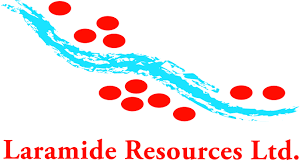 Further to Laramide’s press release dated January 10, 2020, Laramide Resources Ltd. (TSX:LAM) (ASX:LAM) is pleased to announce that the Company has closed its non-brokered private placement issuing 22,500,000 units at a price of C$0.20 per Unit, for aggregate gross proceeds of C$4,500,000.

The Company plans to use the proceeds of the Offering to complete the final milestone payment of the Churchrock acquisition and for general working capital purposes.

Each Unit consists of one common share in the capital of the Company and one share purchase warrant, with each Warrant entitling the holder to purchase one additional common share at a price of C$0.30 for a period of 36 months from the date of closing of the Offering. In the event that the common shares trade at a price of C$0.60 or greater for a period of 20 consecutive trading days at any time following the date that shareholder approval is obtained, the Company may accelerate the expiry date of the Warrants by giving notice to the holders and, in such case, the Warrants will expire on the 10th business day after the date on which such notice is given by the Company.

The Common Shares and Warrants issued pursuant to the Offering are subject to a statutory four-month hold period expiring on May 17, 2020. The exercise of an aggregate of 11,250,000 Warrants shall be subject to the approval by shareholders of the Company by way of a simple majority of votes cast in respect of such matter. The common shares issued in connection with the Offering will be eligible to vote.

The Company paid a cash commission of 5% in finder’s fees to certain parties with respect to services provided in connection with the Offering, and an additional 200,000 common shares were issued to eligible finders in lieu of cash commission. PowerOne Capital Markets Limited acted as a finder in connection with a portion of the private placement.

Certain officers and directors of the Company participated in the Offering for a total of 1,775,000 Units, which participation constitutes a “related party transaction” as defined under Multilateral Instrument 61-101 – Protection of Minority Security Holders in Special Transactions Such related party transaction is exempt from the formal valuation and minority shareholder approval requirements of MI 61-101 as neither the fair market value of securities being issued to the related parties nor the consideration being paid by the related parties exceeded 25% of the Company’s market capitalization. The participants in the Offering and the extent of such participation were not finalized until shortly prior to the completion of the Offering. Accordingly, it was not possible to publicly disclose details of the nature and extent of related party participation in the Offering pursuant to a material change report filed at least 21 days prior to the completion of the Offering.

Laramide is a Canadian-based company with diversified uranium assets strategically positioned in the United States and Australia that have been chosen for their low-cost production potential.  Laramide’s recently acquired Churchrock and Crownpoint properties form a leading In-Situ Recovery (ISR) division that benefits from significant mineral resources and near-term development potential. Additional U.S. assets include La Jara Mesa in Grants, New Mexico, and La Sal in the Lisbon Valley district of Utah. The Company’s Australian advanced stage Westmoreland is one of the largest uranium projects currently held by a junior mining company.