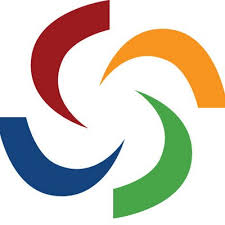 Miles Thompson, President and CEO of Lara commented: “We are pleased to see the notable trend of increasing grade as the mineralization plunges shallowly under cover and encouraged also to have hit some more massive chalcopyrite veining.”

PDH-18-03 was collared approximately 255m west of 18-02 (results of which were reported in Lara news release of April 24, 2018) on the same section and drilled eastward back towards it as a scissor hole at an angle of -50 degrees. The hole was designed to test an interpreted ground EM conductor and part of the strong soil copper anomaly extending to about 150m to the west of drill hole 18-02. Interpretation of the geological and assay results for drill hole 18-02 had indicated that if the mineralized structures intersected in that hole had a moderate or steep westerly dip, then the copper in soil anomaly would have only been partially drill tested by hole 18-02.

Drill hole 18-03 intersected a thick zone of hydrothermal alteration and vein stock works carrying chalcopyrite mineralization from the surface down to 284.71m with a more consistent zone of mineralization above a 0.3% Cu cut-off from 68.05m down to 196.46 m (130.41m) at a weighted average grade of 0.88% Cu and with 90ppb Au. Within this interval there are numerous sub-intervals from about 1m to more than 25m wide with greater than 0.5% Cu. Two intervals of note within this wide zone of copper mineralization are:

Although the host rocks are strongly hydrothermally altered and have narrow (1m to 2m-wide) higher-grade copper mineralized zones between 0.3% and 0.6% Cu above and below the main zone of mineralization, there are only two other zones with over 3m true thickness with grades above the 0.3% Cu cut-off; one at 56.72m with 3.13m at 0.57% Cu, the other at 271.95m with 8.28m at 0.35% Cu. A shear or thrust zone, 10m to 20m wide, with strong biotite alteration and quartz veining occurs approximately 30m below the base of the mineralization. The controls for the emplacement of the mineralization are still not known with any certainty, although it would appear that the gabbro intrusive had been more susceptible to brittle fracturing than the enclosing meta-volcanic rocks and this fracturing facilitated the ingress of the mineralizing fluids.

The presence of incipient zones of brecciation and hydraulic fracturing logged over only a few centimeters to no more than two meters in down hole intervals in the cores of this hole and in cores of the previous holes, is suggestive that the part of the system tested by this scout drilling program is related to a more distal part of a major hydrothermal alteration system that could be interpreted to be at greater depth in this system. Other deposits in the Carajás that have been developed in a brittle fracture regime, like Vale’s Sossego deposit, are more characterized by wide (tens of meters) hydrothermal breccia zones, where chalcopyrite occurs as breccia matrix cement or as major veins up to several meters wide.

Geological plans and a cross section for 18-03 also incorporating the previous hole 18-02, as well as the historic drill hole F-74 are posted on the Company’s website at www.laraexploration.com. The section shows that the gabbro body is in the order of 180m to 200m thick and has a low angle (30-40 degrees) dip to the west. The contacts with the mafic to intermediate meta-volcanic country rocks are not discernable in cores or outcrop because of the intense alteration (chlorite, biotite, actinolite and epidote) that commonly forms a fine-grained mass that renders the original coarse-grained gabbro rock similar to a fine grained mafic-intermediate volcanic rock. The attitude of the main mineralized zone at 0.3% Cu cut-off appears to mimic that of the gabbro intrusive. Drill hole 18-03 has intersected the mineralization at between 150m and 200m down dip from the surface and the inference is that the mineralized zone remains open to depth. This will need to be confirmed by subsequent drill programs.

Insufficient drilling has been conducted to date to determine the width of the body of the copper mineralization. The earlier drill holes 17-01 and 17-02 indicate that copper mineralization extends to approximately 100m to the south of the central drill hole 18-02 to 18-03 cross section and anomalous copper values analysed in mafic saprolite grab samples suggest it could be as much as 150m to 200m to the south in places where the near surface mineralization is mapped as being hosted by intensely hydrothermally altered leucogranite.

No drilling has tested the north sector, but rock grab and chip sampling of outcrops of relatively fresh hydrothermally altered mafic rocks exposed in the creek from 100m to 130m to the north of the central section have returned anomalous copper values from a few hundred to a maximum of 2768ppm Cu. A grab sample of saprolite from a weathered mafic rock at 150m to the north also returned an anomalous copper value of 1625ppm Cu. These approximate limits are roughly coincident with the outline of the 500ppm Cu-in-soil anomaly contour.

The copper mineralization occurs as chalcopyrite, as disseminations and as vein filling in a stock-work-like fracture vein set, with the higher grades usually closely associated with zones, centimeters to meters-wide, of strong K-feldspar—magnetite alteration that is flanked by wider zones of biotite and chlorite alteration in the gabbro and mafic meta-volcanic host rocks.

All the rock channel and drill core sampling were carried out by or under the supervision of the Company’s Vice-President Exploration and the chain of custody of the samples and drill core from the project area to the Company’s sample preparation facility in Canãa dos Carajás was continuously monitored. Sample intervals for channel sampling varied between 2m and 4m and for drill core the sampling interval varied from a little less than 1m to a maximum of 1.5m being guided by the degree of copper mineralization and rock types.

Blank and certified reference materials were inserted approximately every 20th sample and the company routinely reanalyses laboratory pulps and crushed rejects for a number of samples from previous sample batches with each new sample batch. The samples were delivered to SGS-Geosol in Parauapebas where they were crushed and pulverized. Sample pulps are dispatched to by SGS-Geosol to their own analytical laboratory at Vespasiano, near Belo Horizonte, Minas Gerais State, Brazil. The pulps are subjected to Agua Regia digestion with copper and 36 other elements being determined by ICP. Gold was determined by fire assay fusion and an atomic absorption (AAS) finish on a 50-gram charge. Copper values above 1% Cu are determined by fusion with sodium peroxide with an ICP OES finish or by multi-acid digestion with an AAS finish with check analyses by XRF on lithium tetraborate-ammonium nitrate fused samples. SGS-Geosol routinely runs, and reports, results for a number of certified copper and gold standards and blank samples with each sample batch.

Check assays for copper and gold determinations are routinely carried out on a number of reject material samples from SGS-Geosol at a second commercial laboratory in Parauapebas.