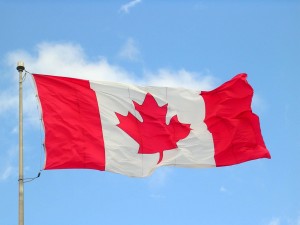 The Government of Canada recognizes that strategic investments in green infrastructure play a key role in supporting communities and industry while advancing federal and provincial climate change goals.

This project involves building a new terminal station and a 27-kilometre transmission line from Nalcor Energy’s Menihek Hydroelectric Generating Station existing transmission line to the Tata Steel Minerals Canada processing site. This new infrastructure will enable Tata Steel Minerals to offset diesel-fired generation with clean, renewable hydropower, reducing the mine’s diesel consumption by up to 40 per cent. This project will support continued growth of Labrador’s mining industry while lowering greenhouse gas emissions for a cleaner environment, both now and in the future.

The Government of Canada is investing more than $6.8 million in this transmission project, which will be constructed by Nalcor Energy, through the Green Infrastructure Stream of the Investing in Canada infrastructure plan.

“Access to reliable sources of clean, renewable energy is essential to building a healthy, sustainable future. This project will benefit Newfoundland and Labrador by reducing its reliance on diesel and eliminating more than 558,000 tonnes of greenhouse gases from the atmosphere over the lifespan of the project, protecting families and the environment.”

Yvonne Jones, Member of Parliament for Labrador, on behalf of the Honourable Bernadette Jordan, Minister of Rural Economic Development

“It’s great news for Labrador that a new transmission line is being constructed to support the mining industry, offset reliance on diesel, and contribute to a green economy. As a province, we have initiated Mining the Future 2030 – a plan for growth in the Newfoundland and Labrador mining industry and the way forward on mineral development. The initiative announced today supports the work we are doing to achieve our Mining the Future goals.”