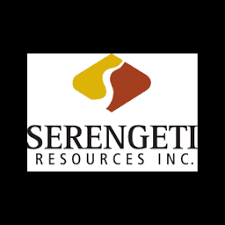 Serengeti Resources Inc. (SIR: TSX-V) is pleased to report the first batch of assay results from the 2018 drilling campaign completed at the Kwanika Project in north-central BC. The fully funded 2018 drilling program is part of the ongoing Kwanika Pre-Feasibility Study scheduled for completion in mid-2019, as described in Serengeti Resources’ press release dated September 11th, 2018. Kwanika Copper Corporation is a private company jointly owned by SERENGETI RESOURCES Inc. (65%) and POSCO DAEWOO Corporation (35%).

“These outstanding results are from the first two holes of our 2018 drill program at Kwanika. The long intervals show excellent grades near surface within the potential open pit domain, and also demonstrate that strong gold and copper-rich mineralization is present within the potential underground domain outlined in our 2017 PEA. We’re looking forward to incorporating the full set of results from this year’s drilling into a revised resource estimate which is a priority input into the prefeasibility study scheduled for completion mid-2019. One of our key strategic objectives for 2018 is to expand the resource tonnage and to increase the overall resource grade of the Central Zone. If we’re successful, it will open up a number of alternatives for our engineers to optimize the project design and potentially enhance the overall project economics” stated David W Moore, President & CEO of Serengeti and President of Kwanika Copper Corp.x#

See attached plan and drill sections or view them on the company’s website at https://www.serengetiresources.com/projects/kwanika/. Results remain pending for an additional 13 holes which have been submitted for assay and will be released in batches as additional results become available.

Intercept lengths in the table above are not necessarily true widths given the fact that holes are being drilled at different angles through forecast mining shapes within a variably oriented mineralized body. Gold and Copper equivalents are calculated using the formulae below based on metal prices of $3.00/lb of copper, $1,200/oz of gold and $15/oz of silver, with all metal prices quoted in USD. Metal recoveries as stated in the PEA as follows; Cu 91%, Au 75%, Ag 75% have been applied to the equivalent calculations..* End of Hole.
AuEq = Augpt + ((Aggpt/31.1034*AgPrice*AgRecovery)+(Cu%*CuPrice*CuRecovery*22.0462))/(Augpt/31.1034*AuPrice*AuRecovery)
CuEq = Cu% + ((Augpt/31.1034*AuPrice*AuRecovery)+(Aggpt/31.1034*AgPrice*AgRecovery))/(CuPrice*CuRecovery*22.0462)

Open pit (Opit), and Underground (Ug) domains are as outlined in the Company’s NI-43-101 Technical Report for the Kwanika Property, Preliminary Economic Assessment Update 2017, dated 19 April, 2017 and filed on SEDAR and on the Company’s website.

*DDH-K-179A was drilled from the bottom of prior hole K-16-179 which ended previously at 909 m. The new hole encountered strongly quartz-sericite-ankerite-pyrite altered monzonite with numerous quartz-tourmaline vein breccias containing locally anomalous gold values before being terminated in a major fault zone at 1047.5 m, which is thought to be a strand of the regional Pinchi Fault. The hole lies to the north of and approximately 400 m below the potential mining shape intersected by the other two holes reported here.

DDH-K-180 drilled in a southerly direction from the potential open pit and encountered strongly quartz-chalcopyrite veined monzonite over the portion of the hole lying within the proposed pit as well as a substantial gold-copper rich interval deeper in the hole characterized by vein and disseminated chalcopyrite and bornite cut by numerous thin late-mineral dykes which may be related to the gold enrichment of this interval. K-180 intersected mineralization within current mining shapes over a vertical range of 475 m and a horizontal extent at the mid point of the intercept of approximately 200 m. The current pit-constrained mineralized zone extends for a further 150 m north of the top of the mineralized zone encountered in K-180.

DDH-K-181 drilled in an easterly direction through the post-mineral sedimentary rock basin that overlies a portion of the deposit before encountering a supergene-enriched interval containing native copper gradational to underlying chalcocite containing strong grades of copper and gold. The drill hole ended in mineralization, albeit lower grade than observed higher in the hole and potentially extends the mineralized zone to depth and to the east. The hole intersected mineralization within the current underground mining shape over a vertical range of 290 m and a horizontal extent of approximately 150 m.

Serengeti is a mineral exploration company managed by an experienced team of professionals with a solid track record of exploration success. The Company is currently advancing its Kwanika copper-gold project in partnership with POSCO DAEWOO Corporation and exploring its extensive portfolio of properties in north-central British Columbia. A number of these other projects are available for option or joint venture and additional information can be found on the Company’s website at www.serengetiresources.com.

Sample analysis for the 2018 Kwanika drilling program was completed at Bureau Veritas Minerals Laboratory in Vancouver, BC, which is ISO 9001:2015 and 17025 accredited. A robust quality assurance/quality control program was completed by KCC which included inserting field blanks, standards and duplicates into the sample stream before being shipped to the laboratory. QAQC samples accounted for a minimum of 20% of the samples which were analyzed in addition to the laboratory’s own quality assurance program. Copper and silver analyses were determined by AQ 270 which is a combined ICP-ES/MS method following Aqua-Regia digestion and is capable of determining up to 100,000 ppm Cu and 1,000 ppm Ag; Au was determined by FA430, a lead collection, Fire Assay/AAS method using a 30 gram sub-sample and has an upper detection limit of 10 ppm Au. The field program was supervised by Serengeti Resources Inc. staff and the technical information in this news release has been prepared in accordance with Canadian regulatory requirements as set out in National Instrument 43-101, and reviewed by the Company’s qualified person, David W. Moore, P. Geo., President and CEO of Serengeti Resources Inc.