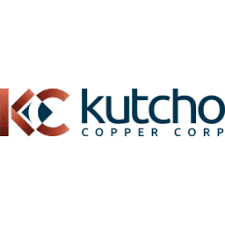 Kutcho Copper Corp. (TSX-V: KC) (OTCQX: KCCFF) is pleased to announce it has agreed to buy back the royalty held by Sumac Mines (now Sumitomo Metal Mining Canada) and terminate Sumac’s Right of First Refusal to purchase concentrates  from the Kutcho copper-zinc project, both of which rights were granted under an Acquisition Agreement between Sumac Mines Ltd. and Western Keltic Mines Inc. dated August 29, 2003.

The total purchase price of the Sumac Royalty buyback and Sumac ROFR termination is USD $3.2 million to be paid as follows:

The Sumac Royalty encompasses most of the Main deposit and all of the Sumac deposit at Kutcho commencing three years after commercial production is declared, and comprises a 2% net smelter return until the 6th anniversary of production after which the royalty would increase to a 3% NSR. The Sumac ROFR allows Sumitomo to take concentrates produced from the areas covered by the Sumac Royalty in kind.

Kutcho Copper President and CEO, Vince Sorace, commented: “We view the buyback as a highly accretive transaction to the Company which will provide an economic benefit to the Kutcho project that will be reflected in the upcoming feasibility study. In addition, termination of the Sumac ROFR gives the Company full flexibility to engage freely in strategic discussions with respect to offtake and offtake financing arrangements. This will provide a more competitive environment for concentrate offtake terms given that offtake for 100% of the concentrate is now available for negotiation.”

RCI Capital Group acted as financial adviser in connection with this transaction.

Kutcho Copper Corp. is a Canadian resource development company focused on expanding and developing the Kutcho high grade copper-zinc project in northern British Columbia. Committed to social responsibility and the highest environmental standards, the Company is progressing the Kutcho Project through feasibility and permitting with the objective of getting to a positive construction decision.