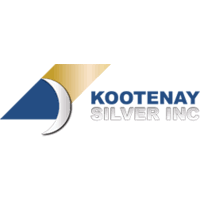 Kootenay Silver Inc. (TSX-V: KTN), is pleased to announce that it has closed its previously announced private placement of units of securities of the Company pursuant to which the Company issued 17,500,000 Units at a price of $0.40 per Unit  for aggregate gross proceeds of approximately $7,000,000. The Offering was led by Mackie Research Capital Corporation, as lead agent and sole bookrunner, on behalf of a syndicate which also included PI Financial Corp. Eric Sprott, through 21764123 Ontario Ltd., participated in the Offering to maintain his proportionate equity interest in the Company by acquiring 2,500,000 Units.

Each Unit is comprised of one common share of the Company and one-half of one Common Share purchase warrant. Each Warrant is exercisable to acquire one Common Share at a price of $0.55 per share until August 25, 2022. The securities issued under the Offering are subject to the four month hold period prescribed under Canadian securities laws expiring on December 26, 2020.

The Company intends to use the net proceeds from the Offering for exploration and development activities, working capital requirements and other general corporate purposes.

In connection with the Offering, the Agents received an aggregate cash fee equal to 6.0% of the gross proceeds from the Offering (other than in respect of certain subscribers on which a cash fee equal to 3.0% was paid). In addition, the Company issued to the Agents 1,050,000 non-transferable broker warrants. Each Broker Warrant entitles the holder to purchase one Unit at an exercise price equal to the Offering Price until August 25, 2022. The Offering is subject to the final acceptance of the TSX Venture Exchange.

Mr. Sprott is an insider of the Company and, as such, his participation in the Offering is a related party transaction under the policies of the Exchange and Multilateral Instrument 61-101 Protection of Minority Security Holders in Special Transactions.  The Company is relying on exemptions for the minority shareholder approval and formal valuation requirements applicable to related party transactions under sections 5.5(a) and 5.7(1)(a) of MI 61-101, as neither the fair market value of the Units beneficially purchase by him nor the price paid for such Units exceeds 25% of the Company’s market capitalization.  The Company did not file a material change report in respect of this related party transaction at least 21 days before closing as a result of the customary timing for closing such financings.