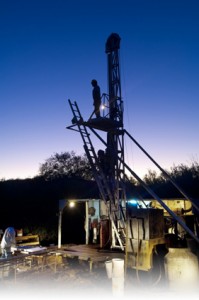 Kootenay Silver Inc. (TSX VENTURE: KTN) announces the closing of a $4,750,000 private placement with Agnico-Eagle Mines Limited previously announced by the Company on April 23, 2013.  An aggregate of 6,250,000 units at a purchase price of $0.76 per Unit were issued to Agnico-Eagle pursuant to the Private Placement, with each Unit consisting of one common share in the capital of the Company and one-half of one transferrable common share purchase warrant.  Each Warrant entitles Agnico-Eagle to acquire one Common Share at an exercise price of $1.08 until April 26, 2015.  All of the securities issued pursuant to the Private Placement are subject to a hold period until August 27, 2013.

As a result of its participation in the Private Placement, Agnico-Eagle now owns 9.96% of Kootenay’s issued and outstanding Common Shares on a non-diluted basis (14.23% if Agnico-Eagle exercises all of the Warrants).  Agnico-Eagle also has a participation right until April 26, 2015 pursuant to which, provided that Agnico-Eagle owns at least five percent of the then issued and outstanding Common Shares of Kootenay (taking into account convertible securities owned by Agnico-Eagle), it has the right to participate in certain equity offerings of the Company on the same terms as other participants in such offerings in order to maintain its pro-rata ownership interest in the Company.

Kootenay is actively developing mineral projects in the Sierra Madre Region of Mexico and in British Columbia, Canada. Its flagship property is the former producing Promontorio Silver mine in Sonora State, Mexico. Kootenay’s objective is to develop near term discoveries and long-term sustainable growth. Its management and technical team are proven professionals with extensive international experience in all aspects of mineral exploration, operations and venture capital markets. Multiple, ongoing J/V partnerships in Mexico and Canada maximize potential for additional, new discoveries while maintaining minimal share dilution.