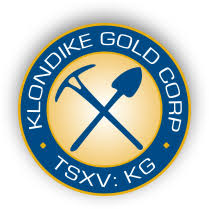 Klondike Gold Corp. (TSX.V: KG) (FRA: LBDP) (OTC: KDKGF) is pleased to report assays from another five drill holes at the Lone Star Zone, and additional infill assays from one hole at the Gay Gulch showing, part of a systematic evaluation designed to map the geometry of mineralization across the central 1 km portion of the Zone, at the Company’s wholly owned Klondike District Property, Yukon Territory.  Exploration continues to affirm multiple local sources of bedrock gold mineralization which explain the placer deposits exploited historically within the Klondike District.

Within the Lone Star Zone associated with the Bonanza Fault, five holes LS18-170 to LS18-174 tested in the central portion of the mineralized area.  These results from sectional drilling continues to show broad intervals of gold mineralization starting at or near surface, as well as the presence of gold mineralization at greater depths.

At the Gay Gulch showing associated with the Eldorado Fault, infill assays from hole EC15-08 drilled in 2015 have significantly changed the composite gold average in that hole.  Composite assay intervals from five other holes testing the showing remain substantially the same.  (See original NR 16 October 2015).

An updated plan map of Lone Star Zone drilled hole locations is available on the Company’s website http://www.klondikegoldcorp.com/photos/gallery/2018-drill-maps. Cross sections for 2018 holes including 2016-2017 holes are also posted or will be added as sections are completed.

Drill holes LS18-170 to LS18-174 were drilled at -55 dip and 200 azimuth.  Assay averages are calculated over drilled core lengths; true thickness from holes drilled at 200 azimuth is approximately the drilled interval.

Preliminary results from oriented core surveying indicate that gold-bearing quartz veins within the gold-mineralized envelope are consistently shallow dipping at 35 degrees northeast.  These veins occur within a broad envelope of gold observed as disseminated, visible millimeter-size grains along late cleavage planes.  The gold mineralization is primarily hosted by an intermediate schist that is relatively both porous and permeable, in fault contact with an underlying siliceous felsic schist which also hosts gold-bearing quartz veins.  The fault (the “Bonanza Fault”) and lithologic contacts strike approximately 310 degrees and dip generally 50 degrees to the northeast.

The Lone Star Zone is one of five targets drill tested during the 2018 exploration program.  Additional drill results from Lone Star and other targets will be steadily released as they are received, evaluated and incorporated into the evolving exploration model.  Each drill section has six or seven drill holes on it, systematically testing from the upper contact and progressing at 50 meter intervals down-dip.  Full geology and mineralization maps per section will be posted when all holes on section are available.  For reference, LS18-210 is the final 2018 hole drilled at the Lone Star Zone.

At BV Labs each core sample is crushed to 70% passing 2 mm size.  A 500 g subsample is pulverized to 85% passing -75 microns size (Code PRP70-500). The 500 g subsample is then sieved to 106 microns (140 mesh) for “metallic screen” assaying. The plus 140 mesh fraction is then weighed and assayed for gold by fire assay (“FA”) fusion with a gravimetric finish (Code FS631). A 30 g subsample of the minus 140 mesh fraction is assayed for gold by fire assay (“FA”) fusion with an atomic absorption (“AA”) finish (Code FA430).  All over-limit results in excess of 10 ppm (10 g/t) for both silver and gold are re-assayed using a 30 g subsample and assayed by FA with a gravimetric finish (Code FA530-Au/Ag).  Total gold grade is then calculated using a weighted average of the plus and minus fraction assay results.

The technical and scientific information contained within this news release has been reviewed and approved by Ian Perry, P.Geol., Vice-President Exploration of Klondike Gold Corp. and Qualified Person as defined by National Instrument 43-101 policy.

Klondike Gold Corp. is a Canadian exploration company with offices in Vancouver, British Columbia, and Dawson City, Yukon Territory. The Company is focused on exploration and development of the Lone Star gold target at the confluence of Bonanza and Eldorado Creeks, within a district scale 557 square kilometer property accessible by government maintained roads located on the outskirts of Dawson City, YT within the Tr’ondëk Hwëch’in First Nation traditional territory.