Kintavar Announces Third and Final Closing for a Total of $10.2M and Reports on Successful First Month of Drilling on Mitchi

Kintavar Announces Third and Final Closing for a Total of $10.2M and Reports on Successful First Month of Drilling on Mitchi 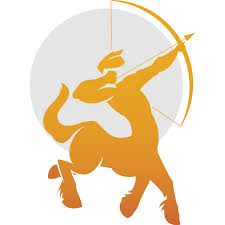 Each Unit is comprised of one Share and one half of one Share purchase warrant of the Corporation, with each whole warrant entitling the holder to acquire one Share at a price of $0.70 per Share until June 27, 2020.

The Corporation will use the proceeds of the Offering for the ongoing drilling program on the Mitchi property and for working capital purposes.

In connection with the second tranche of the Offering, the Corporation paid finders’ fees totalling $81,496.80 cash and issued 159,920 Share purchase warrants of the Corporation, each entitling to acquire one Share until June 27, 2020 at an exercise price of $0.54 per Share.

All securities issued pursuant to the Offering are subject to the applicable statutory four month hold period ending October 28, 2018. The Offering is subject to the final approval of the TSX Venture Exchange.

Exploration activities on the Mitchi property are divided between the three mineralized stratiform corridors:

Sherlock-Watson corridor – since the beginning of June, 11 diamond drill holes have been completed for over 2,200 meters. All the drill holes intercepted the mineralized sedimentary units over tens of meters either from surface or near surface. Eight (8) holes were drilled in the Sherlock and Watson showings area while four (4) holes were drilled in the extensions of the mineralization. The strike length of surface mineralization is now observed over 1 km and remains open to the East and to the West. A new trench 300 m east of Sherlock identified over 8 m of folded mineralized marble unit on surface. Three (3) new zones of outcrops with over 1% copper minerals have been identified in the extensions to the East of Sherlock. More trenches are now planned for July and August to test these extensions of the mineralized sedimentary unit.

Nasigon corridor – Surface follow up of the Induced Polarization (IP) geophysical anomalies has resulted in four (4) new trenches within a radius of 300 m of the Nasigon showing. A total of 52 channel samples and 32 grab samples have been collected to date. Three of the trenches identified mineralized marble and calc-silicate units with copper sulfides present over 8 meters suggesting repetition of the mineralized strata. Initial drilling program of over 2,000 m to test the on-surface mineralization is scheduled for July and August. An airborne magnetic survey is planned for later in the summer to cover the northern portion of the property starting from the Nasigon area. This survey will provide a better definition to the regional survey which has already highlighted a low mag horizon and will be a guide for future work north of Nasigon.

All samples have been sent to ALS Global laboratory in Val-d’Or with initial assays from the drilling program and the surface work expected towards the end of July.

“With the completion of this private placement we are now well funded to properly explore the copper surface mineralization system that we have identified on the Mitchi property and to advance it towards a resource estimate. The strong beginning to the summer exploration program saw us extend the limits of the mineralization on all the three corridors which bodes well with demonstrating the large volume potential of the project. With perfect ground conditions and easy access, we expect to even further increase the footprint of the stratiform copper system over the coming months.” commented Kiril Mugerman, President and CEO of Kintavar Exploration.

About the Mitchi Property

The Mitchi property (approx. 30,000 hectares, 100% owned) is located west of the Mitchinamecus reservoir, 100 km north of the town of Mont-Laurier. The property covers an area of more than 300 km2 accessible by a network of logging and gravel roads with a hydro-electric power substation located 14 km to the east. The property is located in the north-western portion of the central metasedimentary belt of the Grenville geological province. Many gold, copper, silver and/or manganese mineralized showings have been identified to date, with many characteristics suggesting of a sediment-hosted stratiform copper type deposit (SSC) in the Eastern portion of the property and Iron Oxide Copper Gold ore (IOCG) and skarn type deposits in the Western portion. Osisko holds a 2% NSR on 27 claims of the southern portion of the Mitchi property, outside of the sedimentary basin and a 1% NSR on 21 claims partially in the sedimentary basin.

Alain Cayer, P. Geo., MSc., Vice-President Exploration of Kintavar, is the Qualified Person under NI 43-101 guidelines who supervised and approved the preparation of the technical information in this news release.