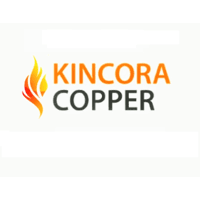 Kincora Copper Ltd. (TSX-V: KCC) is pleased to report further assay results from ongoing drilling at the Trundle brownfield project located in the Macquarie Arc of the Lachlan Fold Belt in NSW, Australia.

John Holliday, Technical Committee chair, and Peter Leaman, Senior VP of Exploration, commented: “Ore grade assay results received for the upper sections of TRDD011 and the skarn alteration intersected in TRDD012 support our continuing exploration of the central Trundle Park prospect area. TRDD011 provides further confirmation of the grade potential at or near surface within the skarn system. TRDD011 and TRDD012 are providing vectors towards the intrusive source of the skarn, which may be strong porphyry mineralisation, similar to what drives skarn mineralisation at such famous porphyry systems as Cadia, Grasberg and Ok Tedi.
The focus of the current two-rig program is to expand the scale of the near surface ore grade skarn mineralisation by stepping out along strike.  As well the drilling will be testing for the causative porphyry intrusive source of the mineralisation in the skarn. The results announced today provide key learnings and encouragement for this drilling strategy.”

As outlined in the December 21st 2020 release, hole TRDD011 intersected intense structurally controlled mineralization hosted within near surface skarn alteration with further positive visual indications reported from TRDD012, a step back to the south-east from TRDD011.

TRDD011 extended the mineralised skarn horizon to the northwest of TRDD001 (previously reported 51 metres @ 0.54% copper and 1.17g/t gold from 39 metres) and TRDD012 was a 50-metre step out to the south from TRDD001 (Figure 3). TRDD012 has provided encouragement and vectors for the targeted causative porphyry intrusion system source with observations of:

Recent drilling in the central Trundle Park prospect area is providing significant encouragement to the lateral and thickness potential of the skarn horizons and vectors for both the skarn mineralised system but also towards targeting a large and potentially related porphyry intrusion system.

Hole TRDD015 has recently commenced to the southeast along the fence of TRDD001, TRDD011 and TRDD012 seeking to test both the skarn and interpreted causative intrusive targets and the current working geological model outlined in Figure 4.

The average depth of prior explorer drilling at the Trundle Park prospect is 28 metres, with only two diamond core drill holes completed to moderate depths. Our deeper diamond core drilling activities are resulting in a significantly improved understanding of the bedding direction hosting the skarn horizons, along with key structures/faulting and the identified multiple phases of mineralization within the skarn, all supporting a substantial mineralizing event and provide further vectors to the targeted causative intrusion system.

These recent drill results, relogging of core and review of geophysical inversions have provided the confidence to mobilize a second drill rig, concurrent with operations re-commencing after a short holiday break over the holiday season on January 4th, 2021.

Previous explorer drilling has been extensive at Trundle with the completion of 2208 holes for 61,146 metres, but deeper drilling utilising modern exploration knowledge has been very limited. Over 92% of prior drilling has been completed to less than 50 metres depth and is considered to be too shallow, with just 11 holes beyond 300 metres (0.5% of holes drilled).

Following positive initial drilling results from Kincora’s maiden drilling program in August 2020, the Company completed an oversubscribed $5.33 million equity raising, with proceeds primarily to be used to expand the initial six hole program to over twenty drill holes with an additional 11,000 metres of drilling. Kincora’s primary targets, Mordialloc and Trundle Park, lie 8.5km apart and have not been drill tested since the industry leading HPX proprietary Typhoon IP system and detailed magnetic surveys were completed.

Sampling and QA/QC procedures are carried out by Kincora Copper Limited, and its contractors, using the Company’s protocols as per industry best practise.

All samples have been assayed at ALS Minerals Laboratories, delivered to Orange, NSW, Australia. In addition to internal checks by ALS, the Company incorporates a QA/QC sample protocol utilizing prepared standards and blanks for 5% of all assayed samples.
Diamond drilling was undertaken by DrillIt Consulting Pty Ltd, from Parkes, under the supervision of our field geologists. All drill core was logged to best industry standard by well-trained geologists and Kincora’s drill core sampling protocol consisted a collection of samples over all of the logged core.

Sample interval selection was based on geological controls or mineralization or metre intervals, and/or guidance from the Technical Committee provided subsequent to daily drill and logging reports. Sample intervals are cut by the Company and delivered by the Company direct to ALS.
All reported assay results are performed by ALS and widths reported are drill core lengths. There is insufficient drilling data to date to demonstrate continuity of mineralized domains and determine the relationship between mineralization widths and intercept lengths.,

True widths are not known at this stage.
Significant mineralised intervals are reported based upon two different cut off grade criteria:

Significant mineralised intervals are reported with dilution on the basis of:

The following assay techniques have been adopted:

The scientific and technical information in this news release was prepared in accordance with the standards of the Canadian Institute of Mining, Metallurgy and Petroleum and National Instrument 43-101 – Standards of Disclosure for Mineral Projects (“NI 43-101”) and was reviewed, verified and compiled by Kincora’s geological staff under the supervision of Peter Leaman (M.Sc. Mineral Exploration, FAusIMM), Senior Vice-President of Exploration of Kincora, and John Holliday (BSc Hons, BEc, member of the Australian Institute of Geoscientists), Non-Executive Director and Technical Committee Chairman, who are the Qualified Persons for the purpose of NI 43-101.

The Company is currently drilling the only brownfield project (Trundle) held by a listed junior in Australia’s foremost porphyry belt (the Macquarie Arc, in NSW), with district scale project pipeline, and seeking to confirm its position as the leading pure play porphyry explorer in Australia.

The Company has assembled an industry leading technical team who have made multiple Tier 1 copper discoveries, who have “skin in the game” equity ownership and who are backed by a strong institutional shareholder base.