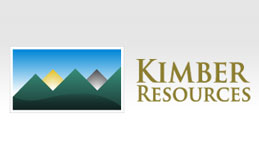 During the past two years, Kimber’s management has identified repeated instances of unusual trading activity in Kimber’s securities which management believes may involve naked short selling of the Company’s common stock on the NYSE MKT and part of a market manipulation scheme. The Company has seen high volume selling at the beginning or end of the day on repeated occasions though regulatory filings from the Company’s significant shareholders have not shown substantial changes in their ownership of Kimber’s common stock over the two year period. In addition, SEC Rule 201 has been triggered 29 times since March 2011 with the rule often being in effect for multiple days at time. These periods include a large number of trading days in March and April 2013 (more complete details of the rule 201 trigger dates are shown in Appendix 1). Kimber has alerted the NYSE MKT, FINRA, IIROC, the British Columbia Securities Commission and the Securities and Exchange Commission on several occasions to this continued unusual selling.

“Kimber is aware that 2012 and 2013 to date have been very challenging periods for the junior resource market generally,” stated James Puplava, Chairman of Kimber Resources. “However, we believe that the unusual trading of Kimber on NYSE MKT has contributed to the decline in the company’s share price during these difficult market conditions.”

Kimber is a dual listed company with its common shares trading on both the NYSE MKT and the TSX. Kimber’s listing status on the TSX is not affected by any action taken in relation to its NYSE MKT listing and all shares traded on the TSX and NYSE MKT are readily transferable between exchanges.

SEC Rule 201 acts as a circuit breaker. If an individual security declines intra-day by 10% or more from the prior day’s closing price for that security as determined by the covered security’s listing market, then Rule 201 applies the alternative uptick rule for the remainder of the day and the following day to the individual security. The alternative uptick rule permits short selling at a price above the current national best bid for that security. So when Rule 201 is triggered for a stock it means that the stock price has dropped by at least 10% triggering the short sale price restriction for the remainder of the day and the next day.