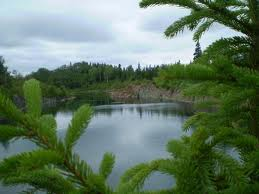 Kerr Mines Inc. (TSX:KER) and Bear Lake Gold Ltd. (TSX VENTURE:BLG) are pleased to announce that they have entered into a letter agreement to combine the two companies.

“We are pleased with the acquisition of Bear Lake which adds an additional 13 km strike-length of the prolific Cadillac Larder Lake break to the Kerr Mines land package, an inferred resource estimate of nearly 1 MM oz grading over 5 g/t Au and a strategic partnership through an option and joint venture with Gold Fields on the Bear Lake property,” said Greg Gibson, President and CEO of Kerr Mines.

Pursuant to the terms of the letter agreement, Bear Lake will be entitled to nominate one person to the board of directors of Kerr. Kerr Mines has also agreed to advance $300,000 to Bear Lake to satisfy certain amounts and payables outstanding of Bear Lake until completion of the Transaction.

Kerr Mines and Bear Lake intends to complete the Transaction pursuant to a plan of arrangement under the Business Corporations Act (Ontario). Completion of the Transaction will be subject to certain customary conditions including, without limitation: (a) satisfactory due diligence; (b) receipt of all necessary consents, waivers, permits, exemptions, orders and approvals, including court approval of the plan of arrangement and the approval of each of the Toronto Stock Exchange and the TSX Venture Exchange as applicable; and (c) receipt of shareholder approval of the Transaction by the Bear Lake and Kerr Mines shareholders.

Subject to obtaining all required regulatory and court approvals and the satisfaction or waiver of other closing conditions, it is anticipated that the Transaction will be completed by the end of April 2014. Primary Capital Inc. is acting as financial advisor to Bear Lake.

Kerr Mines, a Canadian-based exploration and development company, is the owner of the McGarry gold mine in Ontario’s Kirkland Lake area. Including the McGarry Mine property, Kerr Mines has established a sizeable footprint of contiguous gold properties in Virginiatown on the prolific Larder Lake-Cadillac Break that extends 200 km east-west straddling the Ontario and Quebec border and that have produced 95 million ounces of gold in past operations. The McGarry Mine consists of 33 contiguous patented mining claims, including three licenses of occupation, totaling 484 hectares. The McGarry Mine is fully permitted and all equipment and systems at the site have been brought up to standards.

In addition, in December 2010, Kerr Mines signed a definitive five-year option agreement for the purchase of up to 100 percent of the mineral rights on the Kerr-Addison property, which is adjacent to the McGarry Mine. The Kerr-Addison Gold Mine was one of Canada’s largest gold producers, producing more than 11 million ounces of gold during a 58-year operating life from 1938 to 1996. In December 2012, Kerr Mines completed the purchase of the mineral rights on 18 mining claims totaling 627 acres (the Barber-Larder Property) located on the western boundary of the McGarry Mine.