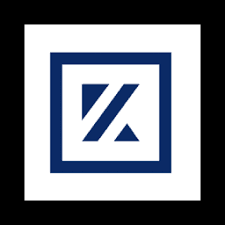 Kenorland Minerals Ltd. (TSX-V:KLD)(FSE:3WQ0) is pleased to announce final drill results from the 8,591m diamond drill program, completed in early May, at the Regnault gold discovery within the Frotet Project located in northern Quebec and held under joint venture with Sumitomo Metal Mining Canada Ltd.

Remaining assays have been received and compiled from the final 15 of 30 diamond drill holes, including 5,104 meters, completed during the program. Seven of these holes were targeting the ‘R2’ structure, of which six encountered significant gold mineralization. The R2 structure is located over 500m to the south of, and oriented sub-parallel to, the R1 structure, on which results were reported on May 26, 2021 and included a highlight of 5.72m over 90.56 g/t Au.  The remaining eight drill holes, testing regional targets to the south, and outside of, the of the Regnault discovery area footprint, did not encounter any significant mineralization. 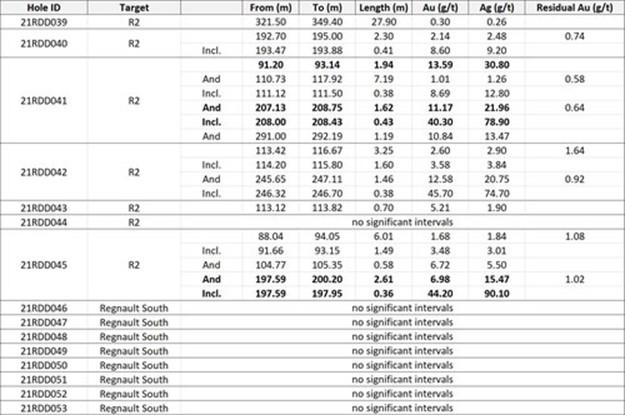 Zach Flood, CEO of Kenorland Minerals, states, “We’re thrilled to announce the remaining results from the winter drill program at Regnault.  This concludes another successful exploration campaign at the Frotet Project, which we are advancing with our joint venture partner, Sumitomo Metal Mining. These results demonstrate an additional continuous structure of high-grade gold mineralization, over 500m to the south of R1, highlighting the potential for additional parallel mineralized structures within the area.  We’re very excited to begin drilling again in mid-July with a planned program consisting of up to 20,000m of drilling at Regnault, along with a significant amount of follow-up exploration on other regional targets within the Frotet Project.” 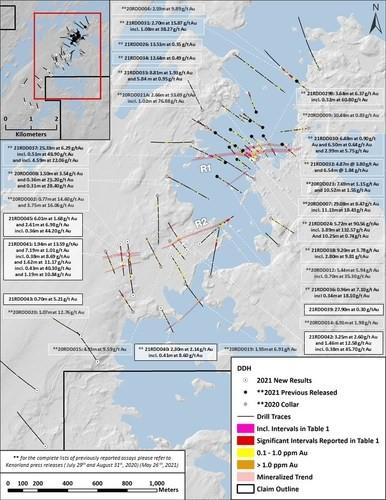 The developing R2 mineralized corridor is characterized by high grade quartz-carbonate-pyrite veins, which were originally intercepted during the maiden diamond drill program at Regnault in 2020 (Press Release dated July 29, 2020, 20RDD002: 3.75m @ 16.06 g/t Au, and 20RDD015: 4.93m @ 9.59g/t Au). Vein hosted mineralization is associated with an east-northeast trending, moderately south dipping contact between the Regnault intrusive complex (south) and volcaniclastics (north).  Gold bearing veins identified to date within eastern portions of the R2 corridor are defined as shear hosted, laminated quartz-carbonate-pyrite veins hosted within volcanics in proximity to the intrusive contact, and within monzodioritic intrusive rocks. Along the western portion of the R2 trend, multiple stacked quartz-pyrite veins are extensional in nature with attitudes perpendicular to the intrusive-volcaniclastic contact.

Continued exploration at Regnault since early 2020 has indicated a robust gold system hosting high-grade mineralization along multiple structures within a growing footprint. The company’s understanding of the system, namely the orientation of mineralized structures has developed significantly throughout this latest round of drilling.  The R1 and R2 structures both strike in a general east-west direction. Step-outs from this program have delineated an approximate strike of 550 meters along the R1 structure, and 800m along the R2 structure, both of which remain open to the east, west, and down dip. While R1 and R2 trend in a general east-west direction, they occur within a general two kilometer north-northeast trend where significant gold has been intersected in drilling.   This highlights the potential for additional parallel mineralized structures between, and to the north and south of both R1 and R2.

The next phase of exploration begins in mid-July, where the Joint Venture is planning up to 20,000m of additional drilling at Regnault as well as further regional exploration within the Frotet Project.  The upcoming drill program will primarily focus on infill and step-outs along the R1 structure.  A significant number of meters will also be allocated towards continued testing along the R2 structure and follow-up on additional zones of mineralization encountered throughout the Regnault trend. Since the initial discovery in 2020, the Company has completed 16,413 meters of drilling at Regnault.

Mr.  Jan Wozniewski, B. Sc., P. Geo., OGQ (#2239) is the “Qualified Person” under National Instrument 43-101, has reviewed and approved the scientific and technical information in this press release.

About the Frotet Project

The Frotet Project was first identified by Kenorland in 2017 after completing a regional prospectivity study over the Abitibi and Frotet-Evans Greenstone Belts of Quebec. The initial 55,921 ha property was acquired through map staking in March, 2017 and optioned to Sumitomo Metal Mining Canada Ltd. a wholly owned subsidiary of Sumitomo Metal Mining Co., Ltd. in April, 2018. Two years of property-wide systematic till sampling led to a maiden drill program in 2020 which resulted in a significant grassroots discovery at the prospect now named Regnault. The project is currently under Joint Venture agreement between SMMCL and Kenorland Minerals Ltd., with interests being held at 80% and 20% respectively. Under the Joint Venture, exploration is funded pro-rata.  Any party which does not contribute and is diluted below a 10% interest, converts its interest to an 2% uncapped net smelter royalty. 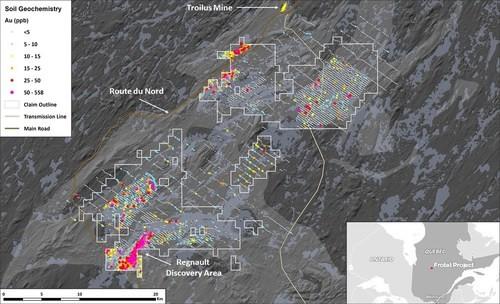 Kenorland Minerals Ltd. is a mineral exploration Company incorporated under the laws of the Province of British Columbia and based in Vancouver, British Columbia, Canada. Kenorland’s focus is early to advanced stage exploration in North America.  The Company currently holds three projects in Quebec where work is being completed under joint venture and earn-in agreement from third parties. The Frotet Project is held under joint venture with Sumitomo Metal Mining Canada Ltd. (SMMCL), the Chicobi Project is optioned to SMMCL, and the Chebistuan Project is optioned to Newmont Corporation. The Company also owns 100% of the advanced stage Tanacross porphyry Cu-Au project as well as an option to earn up to 70% from Newmont Corporation on the Healy Project, both located in Alaska, USA.