Karora Resources Inc. (TSX: KRR) is pleased to announce new exploration drilling results from Lake Cowan at its Higginsville Greater project area focused primarily on the highly prospective Sleuth Trend between the area north of Baloo open pit mine, Monsoon and south of the Nanook prospect.

Early scout drilling successes along the Sleuth Trend reported in February 2021 (including 1.35g/t over 50 metres – see news release dated February 8, 2021) warranted additional aircore drilling and geochemistry work, supported by initial targeted bedrock RC and diamond drilling. Encouraging RC and diamond results have been received from the Monsoon project, highlighted by an intercept of 21.1 g/t over 3 metres (from 62 metres), including 54.9 g/t over 1.0 metre in hole KPBR0104 and 9.0 g/t over 0.75 metres (from 130 metres) in hole KPBD0364.The strong results have been backed-up by Stage 2 aircore drilling along 5 kilometres of the Sleuth Trend between Baloo and Monsoon.

Paul Huet, Chairman and CEO of Karora said, “New exploration drill results received from the Lake Cowan area continue to demonstrate why we are excited about the potential of this very large and underexplored area which was previously handcuffed by a very onerous royalty structure.

Geochemical analysis work completed on the Stage 2 aircore drillholes has reinforced the presence of mineralization along 5 kilometres of the Sleuth Trend between our Baloo open pit mine and the Monsoon project, where historical intersections include 11.4 g/t over 66 metres and 6.4 g/t over 38 metres (S2 Resources news release dated July 21, 20161). Furthermore, initial RC and diamond drilling along the trend has returned strong first pass results of 21.1 g/t over 3 metres (from 62 metres), including 54.9 g/t over 1.0 metre in hole KPBR0104 and 9.0 g/t over 0.75 metres (from 130 metres) in hole KPBD0364.

I am also very pleased to announce that our wide spaced Stage 2 aircore drill program has identified gold mineralized trends with potential for two new shear zones across the Lake Cowan area approximately 20 kilometres in length. These two shears run sub-parallel to the Zuleika and Boulder Lefroy regional shear zones which have hosted many major deposits in the Kalgoorlie region. I am looking forward to furthering early stage work on these two new exciting prospect areas. Assisting us with our large regional exploration program is CSA Global, who are scheduled to deliver the results of their Sleuth Trend study, commissioned in July 2021, by the end of the third quarter.

Overall, we are pleased with the outcome of the broader regional work completed at Higginsville to date during 2021, which has been successful in its goal of identifying new targets across a very large, underexplored area. Given the potential of the region, we are excited to continue to assess these new areas.”

The Sleuth trend target area extends over 25 kilometres and includes the Baloo open pit mine and the Monsoon and Nanook prospects. (see Figure 1). The 5 kilometre segment between Baloo and Monsoon has now been aircore drill tested with low-level gold assay results supportive of the mineralized trend while initial RC and diamond drilling has indicated high grade mineralization is associated with a basalt/shale contact. A total of 17,829 metres over 414 aircore holes have been drilled over the Lake Cowan Project area in 2021 which includes the targeted Sleuth Trend.

In addition to the aircore drilling, Karora designed an initial drill program of four lake-RC and three lake-diamond holes totalling 1,355 metres to test below a strong regolith anomaly located 1 kilometre northwest of the main Monsoon prospect (and along the Sleuth Trend). The drilling was highlighted by drillhole KPBR0104 which intersected strong secondary mineralization in the regolith above the basalt/shale contact (21.2g/t over 3 metres1) and drillhole KPBD0364 which intersected primary mineralization, returning 9.0 g/t over 0.75 metres1 associated with quartz-carbonate veining and pyrite hosted by foliated basalt (see Figure 3).

CSA Global is in the final stages of completing a 3D geological and mineralization framework model over the mineralized Sleuth Trend which includes the Baloo deposit, Monsoon and Nanook gold prospects. Work delivered to date by CSA Global incorporates whole rock geochemistry (bottom of hole) on all historic aircore drill holes, including principal component analysis as displayed in Figure 2. The results of the PC analysis support known deposits (Baloo) and indicates possible open extensions beyond known bedrock mineralization.

Stepping outside of the Sleuth Trend, the wide-spaced aircore program returned anomalous low-level gold geochem results that, in combination with historical results and reinterpretation of regional geophysical datasets (Resource Potentials1, 2021), support the existence of two new, potentially mineralized northwest trending shear zones plus subsidiary north-south structures (see Figure 3). The interpreted northwest structures parallel the regionally prospective Boulder Lefroy Shear and Zuleika Shear zone and are yet to be tested at depth in bedrock. Based on current understanding, these new shear zones are an estimated 20 kilometres in length.

Karora is focused on growing gold production and reducing costs at its integrated Beta Hunt Gold Mine and Higginsville Gold Operations (“HGO”) in Western Australia. The Higginsville treatment facility is a low-cost 1.4 Mtpa processing plant which is fed at capacity from Karora’s underground Beta Hunt mine and open pit Higginsville mine. At Beta Hunt, a robust gold Mineral Resource and Reserve is hosted in multiple gold shears, with gold intersections along a 4 km strike length remaining open in multiple directions. HGO has a substantial Mineral gold Resource and Reserve and prospective land package totaling approximately 1,800 square kilometers. The Company also owns the high grade Spargos Reward project which is anticipated to begin mining in 2021. Karora has a strong Board and management team focused on delivering shareholder value. 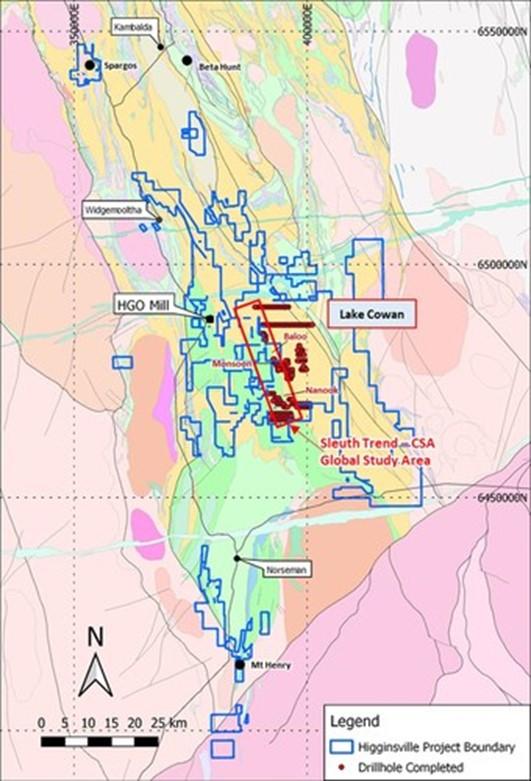 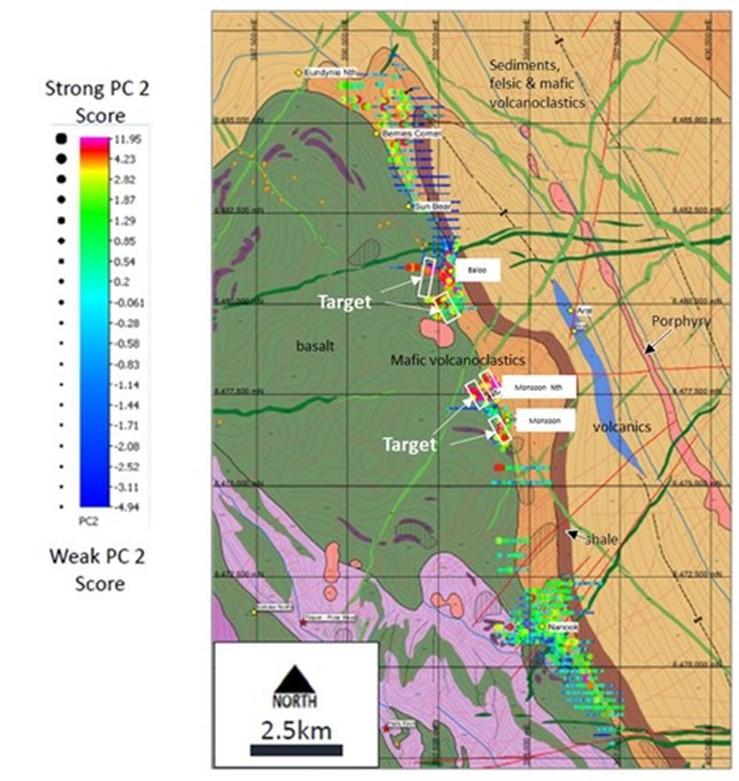 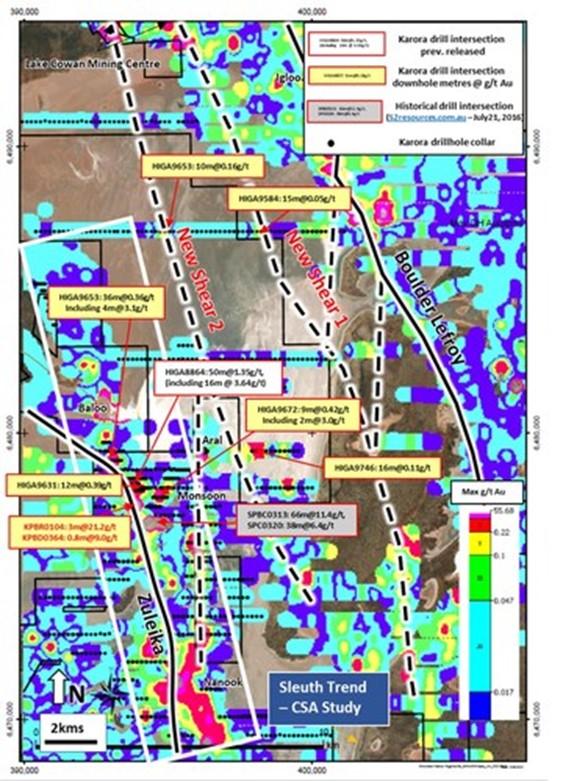