Karora Resources Inc. (TSX: KRR) (OTCQX: KRRGF) is pleased to announce new exploration drilling results from the Beta Hunt Mine. The new drilling results include the discovery of high grade gold mineralization approximately 50 metres below the interpreted extension of the 50C nickel trough in the Gamma Block (see Karora news releases dated April 6, 2021 and October 8, 2021 and Figure 1 below for an outline of block areas at Beta Hunt).

Underground exploration drilling has returned an initial intersection of 40.5 g/t over 4.0 metres in diamond drill hole G50-22-007NE. The new discovery is associated with a basalt breccia. This association of gold mineralization with brecciation is not generally observed in current gold Mineral Resources at Beta Hunt.

Paul Huet, Chairman and CEO of Karora said, “I am excited by the new exploration drill results which continue to demonstrate the tremendous growth potential at the Beta Hunt Mine.

Our first drill hole south of the 50C nickel discovery in the Gamma Block area intersected 40.5 g/t gold over 4.0 metres (hole G50-22-007NE) as part of the drill program targeting the southern extent of the nickel trough and highlights the further potential of this area to host significant gold mineralization.

We also drilled Karora’s widest ever +1 g/t intersection at Beta Hunt. In the Beta Block, a campaign is underway to upgrade the 30C nickel trough and underlying Larkin Gold Zone. As part of this campaign an exploration drillhole was extended 250 metres past the Larkin Zone and returned a very wide gold mineralized intercept of 1.5 g/t over 90.5 metres, including 3.2 g/t over 13.1 metres and 2.7 g/t over 6.0 metres (hole EL-EA2-004AE). Infill drilling below the 30C nickel trough intersected gold mineralization supporting our Larkin Zone interpretation of three steep dipping zones ranging between 3 to 12 metres in width. The new drilling results from this area include 4.7 g/t over 5.0 metres (hole EL-EA2-004AE), 7.6 g/t over 2.1 metres (hole BL19-17AR) and 74.0 g/t over 1.0 metre (hole BL19-20AR).

It is important to understand that Beta Hunt’s current gold Mineral Resources are entirely contained within the northern Hunt Block, with both the Beta and Gamma Blocks remaining at very early stages of gold exploration. As Karora continues to develop the mine toward the south, opportunities to add to the current resource from these southern blocks is very encouraging as highlighted by the recent drill intersections from our exploration program.”

Turn-around times on assay results continue to be slow, up to 6 to 8 weeks for exploration samples, for reasons previously reported (see Karora news release dated September 8, 2021). As restrictions ease, this situation is expected to improve going forward.

The first hole (G50-22-007NE) drilled south of the 50C nickel trough discovery intersected high grade gold mineralization comprising a downhole intersection of 40.5 g/t over 4.0 metres. The intersection is hosted by quartz veined and brecciated basalt within the Lunnon footwall basalt. This hole was part of a program targeting the southern strike extension of the 50C nickel trough. The mineralized breccia host rock is an unusual occurrence not observed in current gold Mineral Resources at Beta Hunt. Work is underway to determine the significance of the breccia, including reviewing the geological logs of adjacent drill holes with the aim of developing an interpretation for this new mineralized host.

Drilling focused on upgrading the 30C nickel trough and underlying Larkin Gold Zone supplemented by a single exploratory drill hole designed to test for mineralization below the Beta West historical nickel mine area – the most western margin of known nickel mineralization at Beta Hunt.

Porphyry intrusives at Beta Hunt have been observed to replace sections of the mineralized shear zone up to 5 to 6 metres in width, however, in this instance, the main porphyry is 46 metres wide. The full mineralized interval, including the adjacent basalt is the widest (+1g/t) intersection reported in drilling completed by Karora at Beta Hunt. This new zone has not been tested at depth or along strike by drilling and potentially represents the faulted southern offset of the Fletcher Zone (see Karora news release, September 16, 2019) located on the north side of the Alpha Island Fault and a new, significant opportunity to expand the gold Mineral Resource at Beta Hunt.

The potential for steep, shear-related down-dip continuity associated with the new zones west of Larkin is supported by mineralization intersected in drill hole EL-EA2-005AR drilled below EL-EA2-004AE. This resource development hole was designed to target the Larkin Zone and the mineralization below the 40C nickel trough.

Significant results1.from testing west of Larkin are highlighted below:

In the central area of the Larkin Zone, infill drilling below the 30C nickel trough intersected additional Larkin Zone mineralization which continued to support the current interpretation of two to three, steep dipping, mineralized zones of varying widths (3 metres to 12 metres) with intersections associated with biotite-albite-pyrite altered steep-dipping shear zones and narrow, extensional quartz veins. Significant results1. from the most recent drilling are shown below:

At Beta Hunt all drill core sampling is conducted by Karora personnel. Drill core samples for gold analysis in this instance were shipped to ALS Laboratories, Perth for preparation and assaying by 50gram fire assay analytical method. All gold diamond drilling samples submitted for assay include at least one blank and one Certified Reference Material (“CRM”) per batch, plus one CRM or blank every 20 samples. In samples with observed visible gold mineralization, a coarse blank is inserted after the visible gold mineralization to serve as both a coarse flush to prevent contamination of subsequent samples and a test for gold smearing from one sample to the next which may have resulted from inadequate cleaning of the crusher and pulveriser. The lab is also required to undertake a minimum of 1 in 20 wet screens on pulverised samples to ensure a minimum 90% passing at -75µm. Samples for nickel analysis are shipped to SGS Australia Mineral Services of Kalgoorlie for preparation. Pulps are then shipped to Perth for assaying. The analytical technique is ICP41Q, a four acid digest ICP-AES package. Assays recorded above the upper detection limit (25,000ppm Ni) are re-analyzed using the same technique with a greater dilution (ICP43B). All samples submitted for nickel assay include at least one Certified Reference Material (CRM) per batch, with a minimum of one CRM per 20 samples. Where problems have been identified in QAQC checks, Karora personnel and the SGS and ALS laboratory staff have actively pursued and corrected the issues as standard procedure.

Karora is focused on doubling gold production to 200,000 ounces by 2024 compared to 2020 and reducing costs at its integrated Beta Hunt Gold Mine and Higginsville Gold Operations in Western Australia. The Higginsville treatment facility is a low-cost 1.6 Mtpa processing plant, expanding to a planned 2.5 Mtpa by 2024, which is fed at capacity from Karora’s underground Beta Hunt mine and Higginsville mines. At Beta Hunt, a robust gold Mineral Resource and Reserve is hosted in multiple gold shears, with gold intersections along a 4 km strike length remaining open in multiple directions. HGO has a substantial Mineral gold Resource and Reserve and prospective land package totaling approximately 1,800 square kilometers. The Company also owns the high grade Spargos Reward project which is anticipated to begin mining in 2021. Karora has a strong Board and management team focused on delivering shareholder value and responsible mining, as demonstrated by Karora’s commitment to reducing emissions across its operations. Karora’s common shares trade on the TSX under the symbol KRR and also trade on the OTCQX market under the symbol KRRGF. 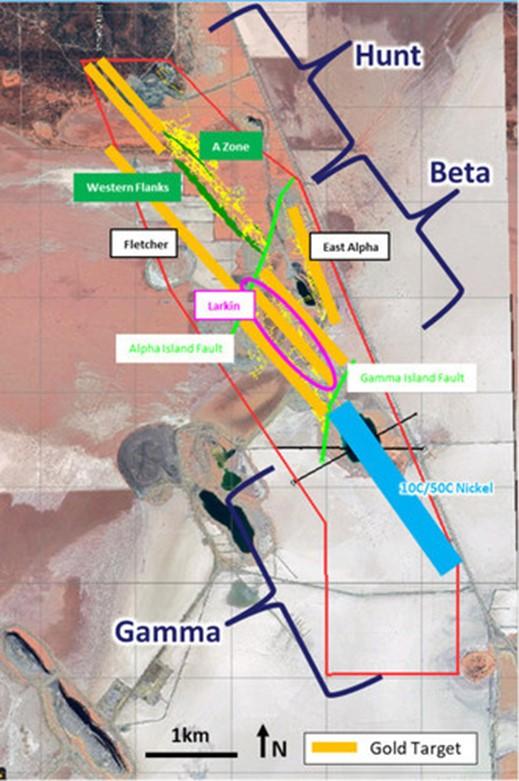 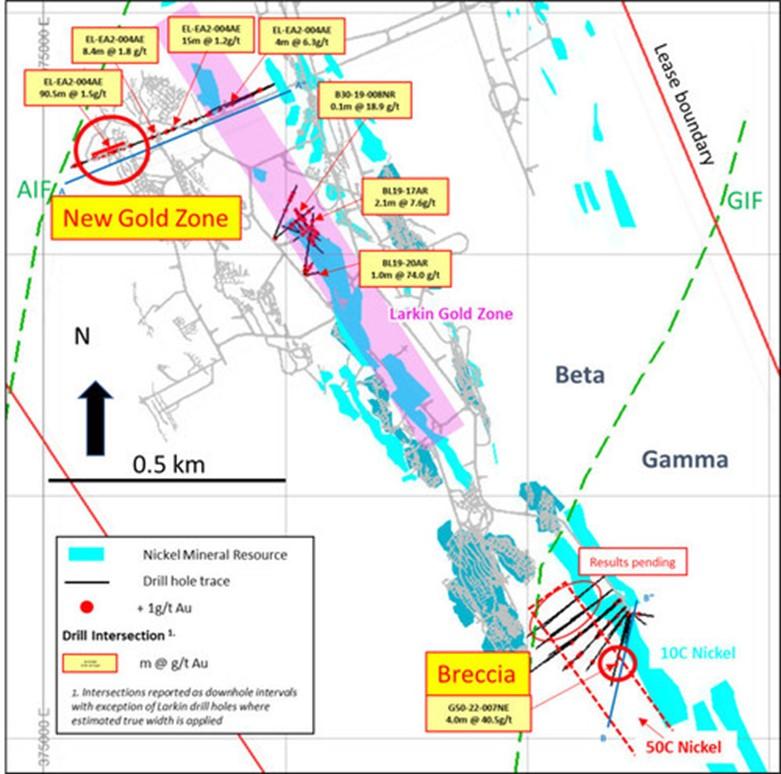 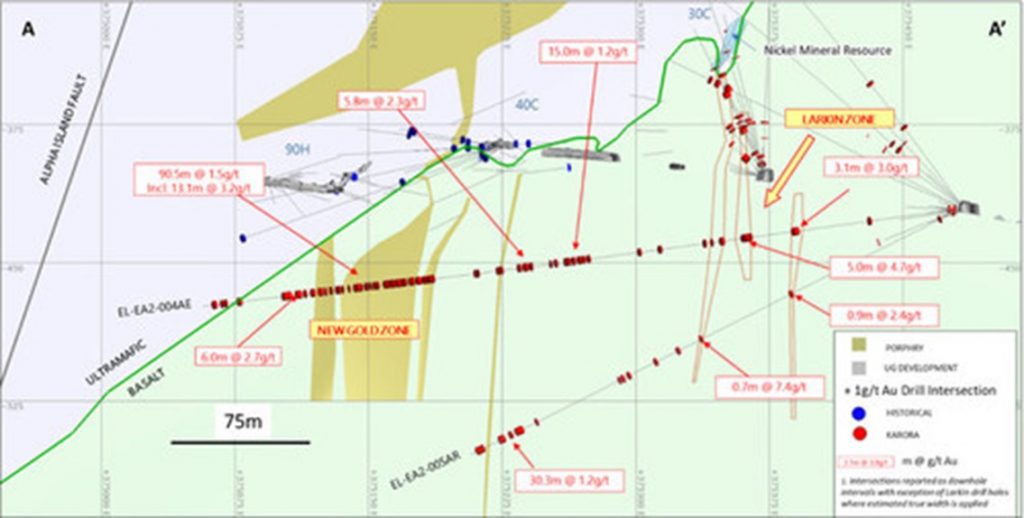 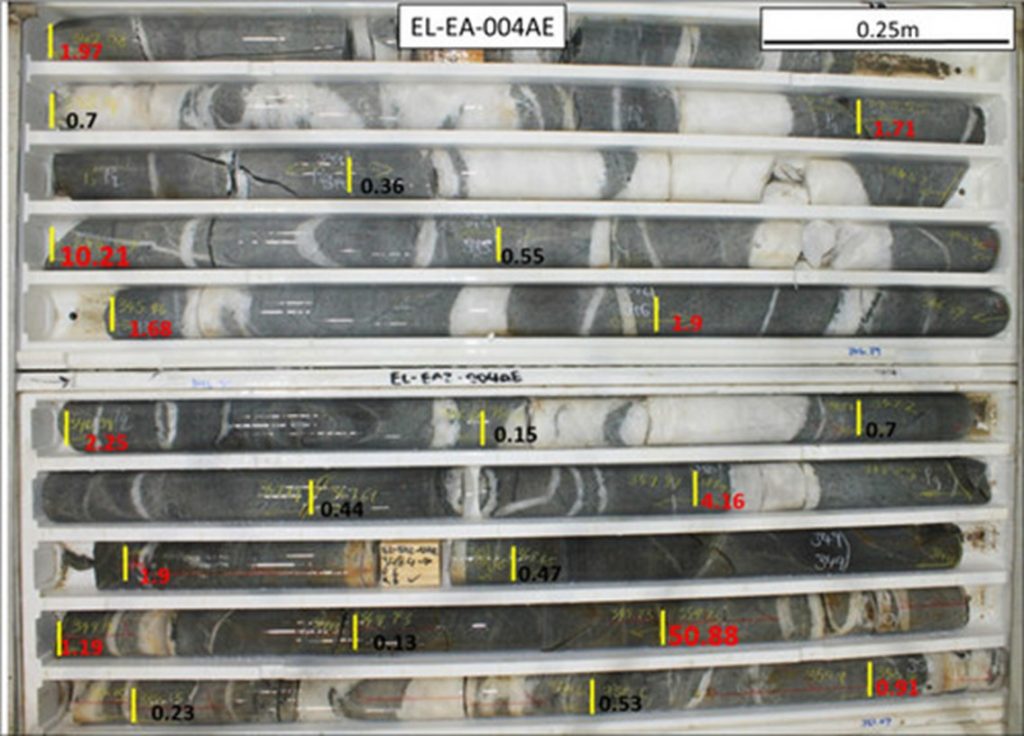