Kaizen Discovery to Combine With West Cirque Resources in an All-Share Transaction and Expects the Support of Strategic Partner, ITOCHU 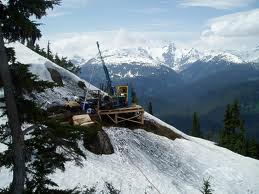 Kaizen Discovery Inc. (TSX-V:KZD) and West Cirque Resources Ltd. (TSX-V:WCQ) are pleased to announce the signing of a definitive agreement that would see Kaizen acquire all of the common shares of West Cirque in an all-share transaction.

West Cirque is a Vancouver-based mineral exploration company with seven highly prospective copper-gold porphyry exploration projects in British Columbia, Canada – three of which are subject to an earn-in agreement with Freeport-McMoRan of Canada Limited.

Matthew Hornor, President and Chief Executive Officer of Kaizen, said the planned acquisition of West Cirque is a significant step in the strategy of positioning Kaizen for future growth, and is expected to gain the support of its strategic financing partner, ITOCHU, in pursuit of Kaizen’s objective of delivering minerals to Japan’s industrial sector.

“The combination of Kaizen’s existing portfolio of exploration projects in Australia and Africa, and West Cirque’s portfolio in Canada, will establish a stronger company with an impressive and diverse pipeline of projects,” Mr. Hornor added.

West Cirque President and Chief Executive Officer Steve Vanry added: “Our transaction with Kaizen is truly complementary, as it combines our strong technical expertise with a group that has a long-established track record of exploration success and mine financing. The combined entity offers shareholders early-stage ownership in a uniquely positioned enterprise focused on rapidly becoming a dominant player in the minerals discovery and development industry.”

ITOCHU Corporation, a leading Japanese trading house, holds a 6.3% stake in Kaizen. An earlier framework agreement entered into between Kaizen and ITOCHU in January 2014 established a collaborative working arrangement under which both companies can evaluate opportunities to explore and develop selected, high-quality, international mineral projects. Based on the signed framework agreement, ITOCHU has the right of first offer to enter into projects introduced by Kaizen. After completing the planned acquisition of West Cirque, Kaizen expects ITOCHU to participate in West Cirque’s exploration projects.

Highlights of the West Cirque transaction

Outline of the West Cirque portfolio

Since 2011, West Cirque has been focused on advancing porphyry copper-gold prospects in British Columbia’s main porphyry belts, the Early Mesozoic arcs of the Stikine and Quesnel terranes. In 2013, West Cirque partnered with Freeport-McMoRan of Canada Limited to explore three projects in northern Stikine terrane – Castle, Tanzilla and Pliny. West Cirque and Freeport are planning to initiate the first drill test of the large lithocap-associated porphyry target at Tanzilla in July 2014. In southern Quesnel terrane, West Cirque has acquired a large land position in the Aspen Grove copper belt, located halfway between the Highland Valley and Copper Mountain mines. Initial exploration of the Aspen Grove project in 2013 resulted in discovery of a significant porphyry copper-gold target at the Par prospect. West Cirque’s projects are shown in the accompanying map.

Freeport can earn an initial 51% interest in the Castle, Tanzilla and Pliny projects by funding expenditures of C$8 million over a four-year period. Kaizen expects to continue West Cirque’s close working relationship with Freeport.

Full details of the planned acquisition will be included in a West Cirque management information circular expected to be mailed to its shareholders in May 2014 in advance of a special meeting of shareholders and option holders to be held on or before July 15, 2014. The circular will be available for download at www.sedar.com.

The transaction will be subject to approval by 66.66% of the votes cast by West Cirque shareholders and option holders voting together as a single class.

Kaizen’s controlling shareholder, HPX TechCo, supports the transaction. To the extent required by the TSX Venture Exchange (TSXV), Kaizen intends to satisfy any shareholder meeting requirement through a written resolution of HPX TechCo.

The transaction also is subject to the satisfaction of other customary closing conditions and deliveries, including the approval of the Supreme Court of British Columbia; required TSXV approvals; that there is no material adverse change to West Cirque prior to completion of the arrangement; and a due diligence condition in favour of Kaizen. A copy of the arrangement agreement will be filed on SEDAR at www.sedar.com.

The Boards of Directors of both companies have determined that the proposed transaction is in the best interests of their respective companies based on a number of factors, including, in the case of West Cirque, a fairness opinion, which concludes that the consideration to be received by West Cirque shareholders is fair, from a financial point of view. Each company’s Board of Directors also has unanimously approved the terms of the transaction and West Cirque’s directors will recommend that their shareholders vote in favor of the transaction at its shareholder meeting.

In the United States, the issuance of Kaizen securities under the transaction will be conducted in reliance on the exemption from registration requirements found in section 3(a) (10) of the Securities Act of 1933.

Kaizen is a Canadian technology-focused, mineral exploration company that was formed in late 2013 through a combination of Concordia Resource Corp. and assets acquired from HPX TechCo Inc., a 100%-owned subsidiary of High Power Exploration Inc. With its collaboration agreement with ITOCHU Corporation of Japan and access to HPX TechCo’s proprietary geophysical technology, Kaizen’s long-term growth strategy is to work with Japanese partners to identify, explore and develop high-quality mineral projects that have the potential to produce and deliver minerals to Japan’s industrial sector.

West Cirque is a mineral exploration company focused on creating shareholder wealth by identifying, acquiring and defining resources in world-class precious and base-metal projects in the North American Cordillera.