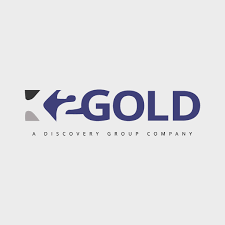 K2 Gold Corporation (TSX-V: KTO) (OTCQB: KTGDF) (FRANKFURT: 23K) is pleased to announce that it has received assays for the final five reverse circulation holes drilled at the Dragonfly zone, located within its 100% owned Mojave property in Southern California.  In total eight holes were drilled at Dragonfly, with results for three of these previously reported (see the Company’s November 30, 2020 news release). The eight Dragonfly zone holes were drilled from two sites 236 meters apart: holes DF20-001, through 004 were drilled at site DF1 and holes DF20-005 through 008 from site DF2.

Please CLICK HERE to view all figures related to this news release.

Note: the spatial distribution of gold is not well understood at this time and the true width is unknown.

In total the drill program at Mojave comprised 17 reverse circulation holes (2,540-metres of chip samples) from two zones, the 8 holes now reported from Dragonfly plus an additional 9 holes at the Newmont zone located 2 km apart from Dragonfly on the same structural trend.  Assay results from the nine holes drilled at the Newmont are pending.

The nature of the gold mineralization at Mojave is becoming better understood and is interpreted to be high-level and intrusive related with strong structural controls, hosted within a variety of Permian-Triassic calcareous sediments, similar to other porphyry – epithermal systems throughout the Walker Lane trend.

Stephen Swatton, President and CEO of K2 commented, “The second set of drill results from our flagship Mojave project continues to highlight the potential for near surface high-grade oxide gold resource definition. Despite being unable to reach the target depths from the second platform due to difficult drilling conditions, significant gold intercepts were encountered demonstrating the robust nature of the mineralized horizon; this is very encouraging news.  We look forward to receiving the outstanding assay results from the remaining nine drill holes at the Newmont target, two kilometers south of Dragonfly.”

All holes at Dragonfly intersected zones of alteration and/or mineralization downhole, starting at or near surface.  Assay values for individual samples ranged from trace to 19.2 g/t Au.  The reported intervals are drilled widths and there is not currently enough data to accurately determine true thickness.

A summary of the intercepts is below:

Table 1: Dragonfly Intercepts in this Release

Note: Due to difficult drilling conditions Hole DF20-004 at site DF-1 and all four holes drilled at site DF-2 did not reach target depth.

Drill site DF-2 is located 236m south of site DF-1 and 93m north of BHP’s historic holes CM97-1 & 2.  All four holes (DF20-005 to DF20-008) intersected strongly fractured and broken ground with multiple voids. These operational complications necessitated that all four holes drilled from site DF-2 were terminated before the targeted mineralized horizons.  Despite this, all of these holes intercepted zones of strong alteration and anomalous mineralization throughout their entire length.

Hole DF20-008 was drilled vertically and reached a depth of 36.58m. The hole returned no significant intercepts, with values ranging from trace to 0.16 g/t Au.

The mineralization occurs within zones of strong quartz-sericite alteration within a sequence of calcareous conglomerate, siltstone, and sandstone and is associated with elevated As, Hg, Pb, Sb, Se, Te, & Tl (+/- Cu & Zn).  The strongest intervals are associated with decalcification, silicification, quartz veining, and strong iron oxide development (limonite-hematite), and the current interpretation is that the mineralization occurs along a series north-nothwest trending, west dipping, extensional fault-fracture zones between the East and West Conglomerate Mesa faults.

The drilling confirms the historic mineralization reported by BHP; demonstrates strong continuity of the mineralization along strike; and confirms the potential for high-grade (>5 g/t Au) mineralization on the target.  It should be noted, that this interpretation indicates that mineralization intersected in historic drilling on CM97-1 & 2 to the south of Site DF-1 and in rock samples to the north of CM97-3 & 4 are along, separate, en echelon, extensional zones.

The drill results reported in this news release and those that will be reported in subsequent releases will be from an area of known high grade mineralization that was partially drilled (35 RC holes) by BHP and Newmont in the 1980’s and 1990’s.  The area of interest in this drill program is approximately 3km by 1km. The geology and geochemistry of the area indicate gold mineralization developed in a high-level setting and displays characteristics of intrusion-related, sediment-hosted gold systems throughout the Walker Lane trend.

K2 expects to release further news in the coming weeks on the Mojave project, including:

The reported work was completed using industry standard procedures, including a quality assurance/quality control program consisting of the insertion of certified standard, blanks and duplicates into the sample stream.

Jodie Gibson, Vice President of Exploration and a Qualified Person under National Instrument 43-101, has reviewed and approved the technical information in this release.

K2 is a well-financed gold exploration company with approximately C$7.5M and projects in SW USA and the Yukon.  In the USA, the Company is represented by its 100% subsidiary, Mojave Precious Metals Inc.  The Company is focused on the Mojave property in California, a 5,830-hectare oxide gold project with base metal targets.  The location of Mojave enables the Company to have year-round news flow on multiple previously recognized surface gold targets that have been successfully drilled in the past by majors BHP and Newmont.  Besides affording immediate drill targets based on the Company’s soil data integrated with LiDAR and Worldview-3 data, the property also has undrilled locations with gold enriched historical trench results including one at the East zone which recorded 8.4 g/t gold over 25.6m (see October 30, 2013 news release from Great Bear Resources Ltd.).