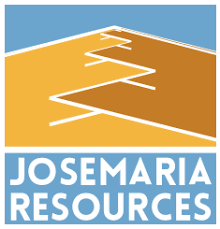 Pursuant to the Offering, a total of 17,250,000 common shares of the Company, including 2,250,000 common shares issued pursuant to the over-allotment option which was exercised in full, were sold at a price of C$0.67 per common share, for aggregate gross proceeds of approximately C$11.6 million. The Offering was conducted through a syndicate of underwriters led by BMO Capital Markets and including Canaccord Genuity Corp., PI Financial Corp., Cormark Securities Inc., and Haywood Securities Inc.

The net proceeds of the Offering and the Concurrent Private Placement will be used for advancement of the feasibility study, environmental and social impact assessment, basic engineering, repayment of certain outstanding debentures of the Company and general corporate purposes.

Josemaria Resources Inc. is a Canadian natural resources company focused on advancing the development of its wholly-owned Josemaria copper-gold project in San Juan Province, Argentina. The Company is a reporting issuer in in all provinces and territories of Canada and its corporate head office is in Vancouver, B.C.