After a major trend change, it can be difficult for the majority of investors and market watchers to shift and adjust accordingly to the new trend.

It’s no different in the current case of precious metals which, other than a huge rally in the first half of 2016 have been dead money for the majority of the current decade. Despite the newfound bullish fundamentals and bullish technical action, plenty of worry remains that the breakout in Gold could fail.

Conventional wisdom argues the sector has run too far too fast and needs to correct. Technical and sentiment indicators are showing extremes (but only when judged against recent, bear market years).

While we do not want to outright chase this strength we also don’t want to wait for a big reset that may not materialize.

Speculators are increasing their exposure, but the net speculative position is not quite yet at an extreme. 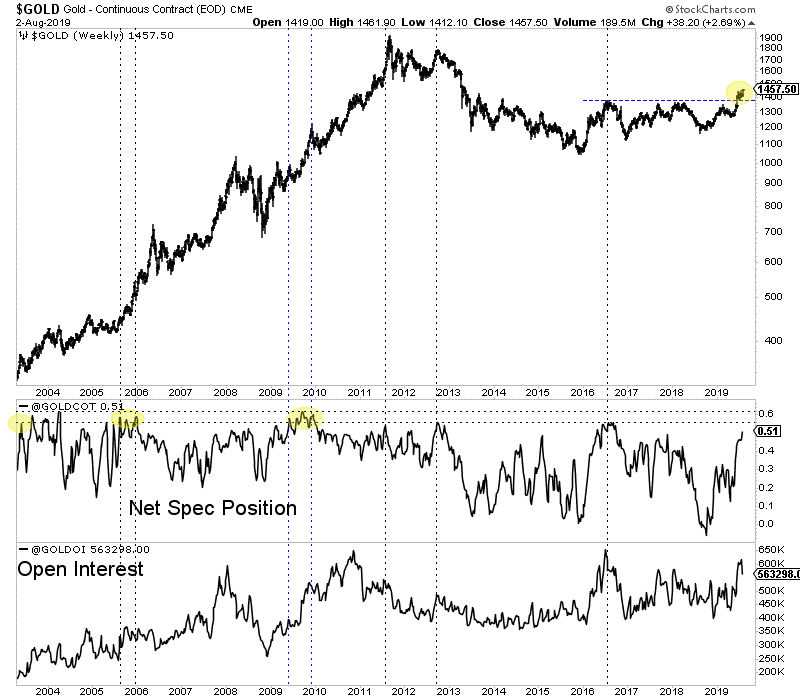 Although Gold has pushed higher, the gold stocks have remained in a correction which began 11 days ago. So the much anticipated correction or snapback in the miners is already taking place and Thursday’s low could mark the worst of it. 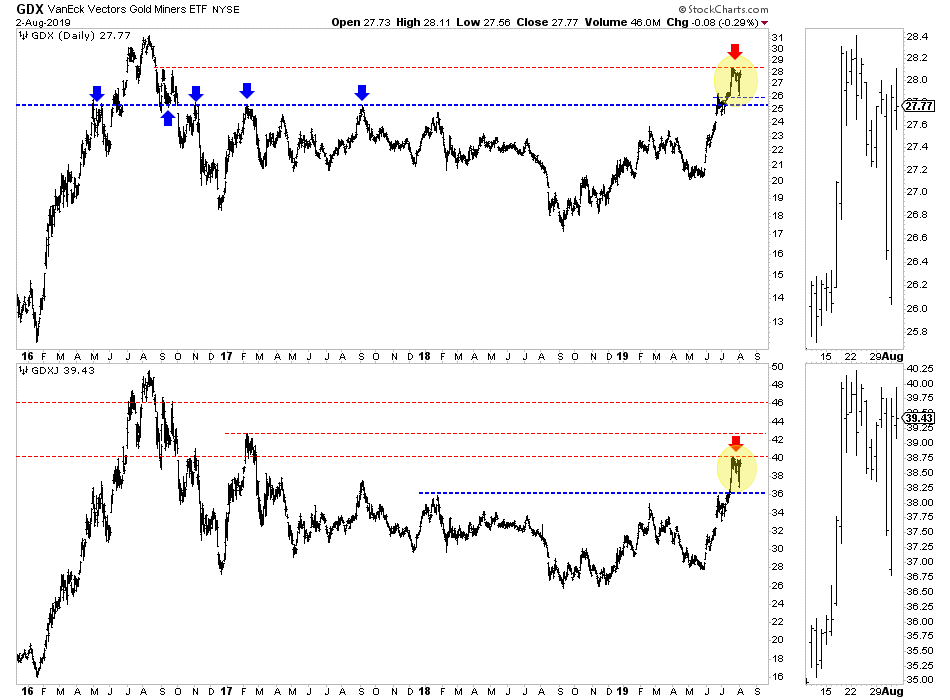 The miners could have more backing and filling ahead but the path of least resistance remains higher. GDX could test $31 and GDXJ could surpass $42.50 as Gold establishes another, higher floor beyond $1425/oz.

On the fundamental side, the Fed cut the funds rate down to 2.25% but the market continues to expect more. The 2-year yield closed the week at 1.72%, which implies an additional two rate cuts.

At somepoint the precious metals sector will endure a sustained correction. That point does not appear to be imminent.

Take advantage of the current pause in gold stocks to buy weakness and look for fresh opportunities and value plays that are not so extended. To learn the stocks we own and intend to buy that have 3x to 5x potential, consider learning more about our premium service.