Gold has finally broken out to the upside.

In Asia trading on Thursday, Gold exploded through the $1360 to $1370 resistance zone and was able to hold the gains throughout the day, closing above $1395/oz.

As we pen this article, Gold has to chance to break $1400/oz by the weekend. The close of the month (and quarter) next week will provide an additional clue as to the sustainability of this strength.

GDX closed right at resistance at $25. It could blow through it and reach a multi-year high at $27 or it could first correct and consolidate around $25.

GDX’s various indicators are very encouraging but not quite at confirmed bull market levels.

Roughly a third of GDX made new highs, which is the highest amount since August 2016. Also, 79% of miners closed above the 200-day moving average. Surpassing 90% would be quite bullish.

The GDX to S&P ratio needs to close above its recent peak to signal sustainable relative strength. 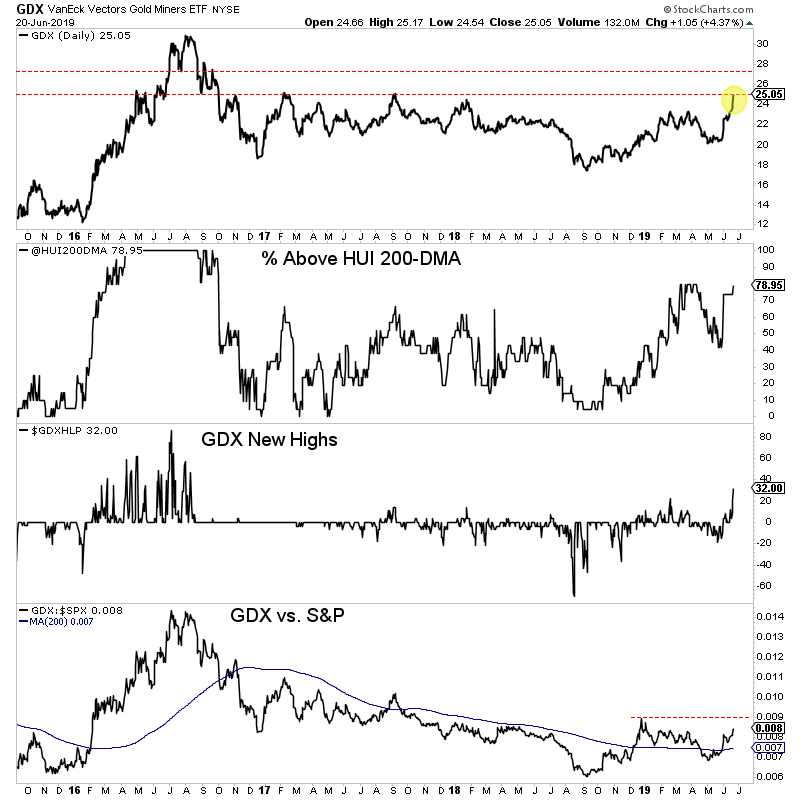 Turning to GDXJ, we see that it is slightly behind GDX in nominal and relative terms. It faces a bit of resistance here around $35 but more resistance at $37.

The percentage of GDXJ stocks above the 200-day moving average and at new highs are at very encouraging levels but need to advance higher to confirm a new bull market. 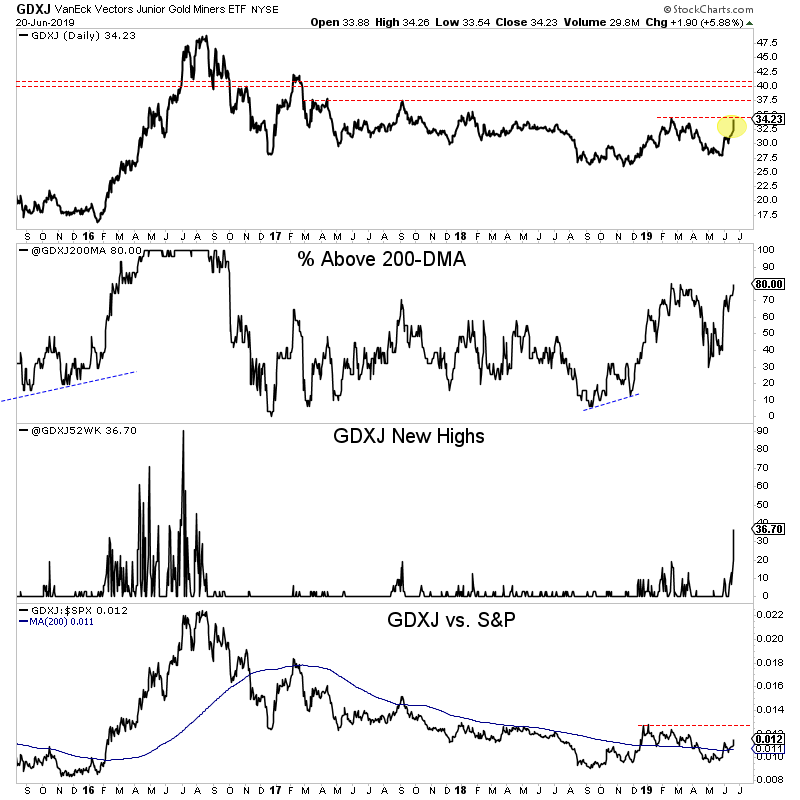 Assuming Gold maintains current strength without more than a minor retest of previous resistance then we should look for GDX and GDXJ to approach the aforementioned resistance targets. Initially, that means GDX $27 and GDXJ $37.

If the miners were to reach those targets then these various indicators should reach bull market levels at the same time.

The fundamentals are finally in place for precious metals (as we’ve mentioned in recent articles) and that, along with bullish technicians is why we should remain bullish.

Unless Gold loses the breakout gains into the end of the quarter, then I would not anticipate too much of a pullback. Bull moves tend to remain overbought with overly bullish sentiment.

As we noted last week, the gold stocks, junior gold stocks and Silver are ready to explode higher once the breakout move in Gold is confirmed. To learn which stocks we own and intend to buy that have 3x to 5x potential, consider learning more about our premium service.