The recent rally attempt of the gold stocks fizzled out as the December 2016 lows failed to hold. Now the miners are making new lows. As they pine for the next support they figure to be even more oversold as more bulls throw in the towel. These are the conditions needed to engender a significant counter-trend rebound. While we aren’t predicting it yet, look for a bullish reversal to begin sometime in the next few weeks. 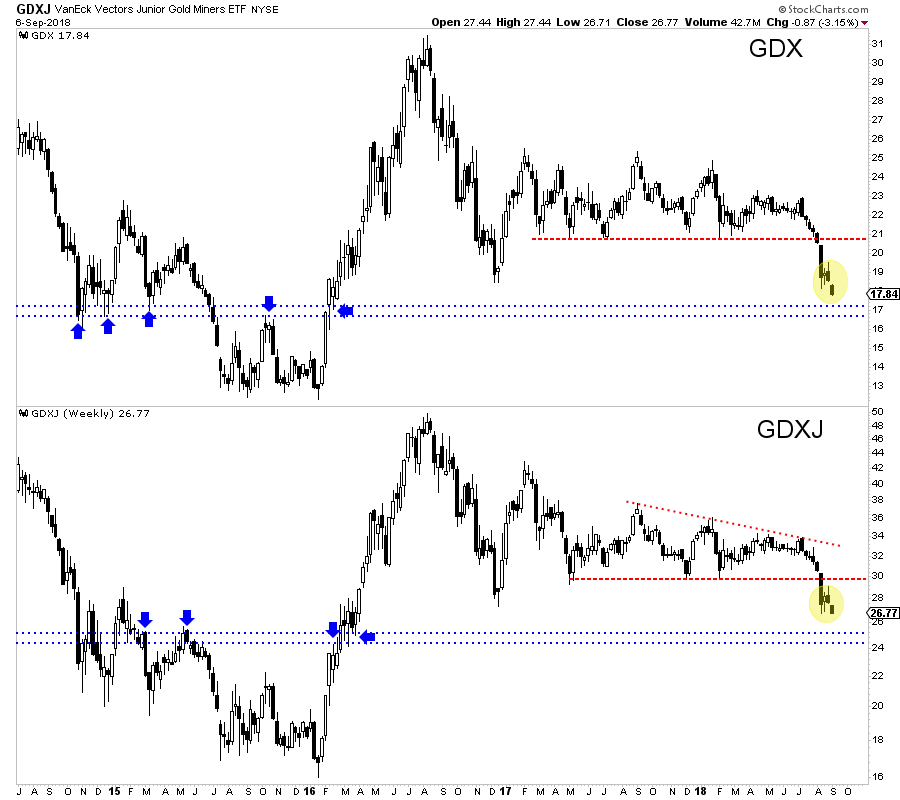 Assuming GDX will reach $16.50, then we want to keep an eye out for potential divergences in the breadth indicators. GDX has broken below its August low but note that its advance decline line has yet to test its August low. Also note that the new highs less new lows indicator remains far from the -70% level it hit at the August low. If the current divergences hold as GDX tests $16.50 then it would be a signal that selling pressure has waned. 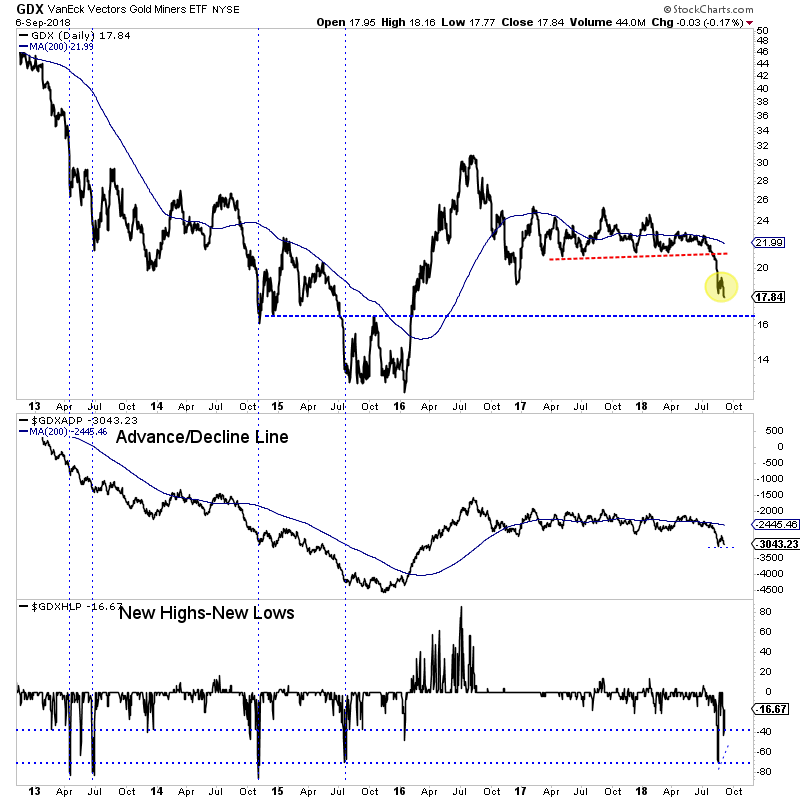 Sentiment is obviously quite negative and with the gold stocks and Silver breaking their August lows, it should only get worse. In recent weeks the net speculative position for Gold reached its second lowest level in 17 years. In fact, the commercial traders are very close to being long.

Circling back to Silver, the most recent net speculative position hit an all-time low of -1%. For the first time ever, the speculators were net short. Silver is also approaching its 2015 low where it should find good support. A rebound would obviously align with a rebound in the gold stocks. 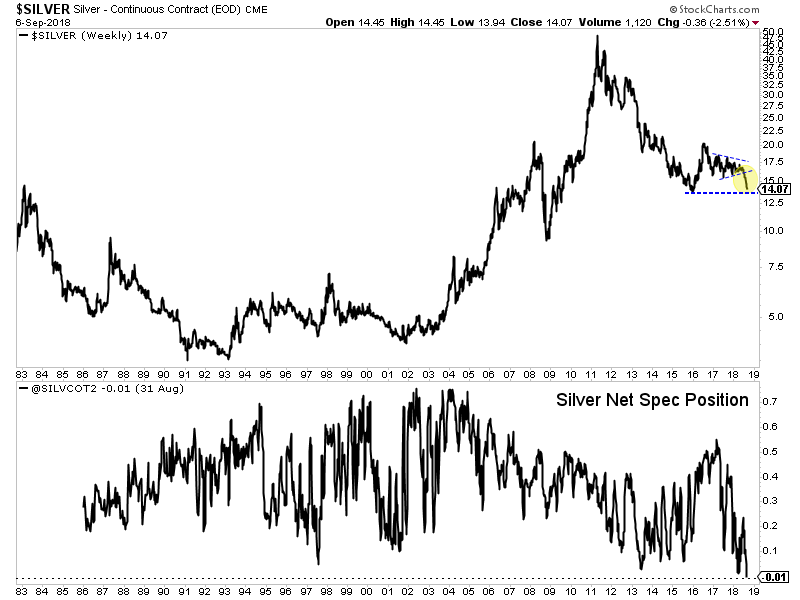 The gold stocks (and Silver) have broken down below their August lows while already carrying an oversold condition and uber bearish sentiment. GDX and GDXJ have roughly 7% downside to their next strong support targets while Silver has roughly 3% downside to its late 2015 low. It is too early to buy but traders and investors should be ready for the possibility of a bullish reversal around those downside targets. Should these markets approach those levels then it would setup a tradeable opportunity. Potential upside targets could be $19.50 for GDX and $29 for GDXJ. To navigate the volatility ahead and prepare for an epic buying opportunity in 2019, consider learning more about our premium service.