Last week we noted that the risks in precious metals were primarily technical.

Sentiment and technicals urge caution over the short-term.

The net speculative position in Gold has remained high for months while the 21-day daily sentiment index (DSI) hit 81%. Since the sector peak five months ago, Silver and the gold stocks have corrected in price while Gold has made a new high.

Perhaps those figures have underpinned precious metals during the larger correction and consolidation. Ultimately, if the Fed is going to cut rates twice this year, precious metals (and gold stocks and Silver specifically) will react more favorably.

A rate cut is not imminent and perhaps that is why gold stocks are not a threat to breakout until spring at the earliest.

We plot Gold, GDX and GDXJ in the chart below.

If GDX and GDXJ break the blue trendlines convincingly then the risk would be a test of their 200-day moving averages. 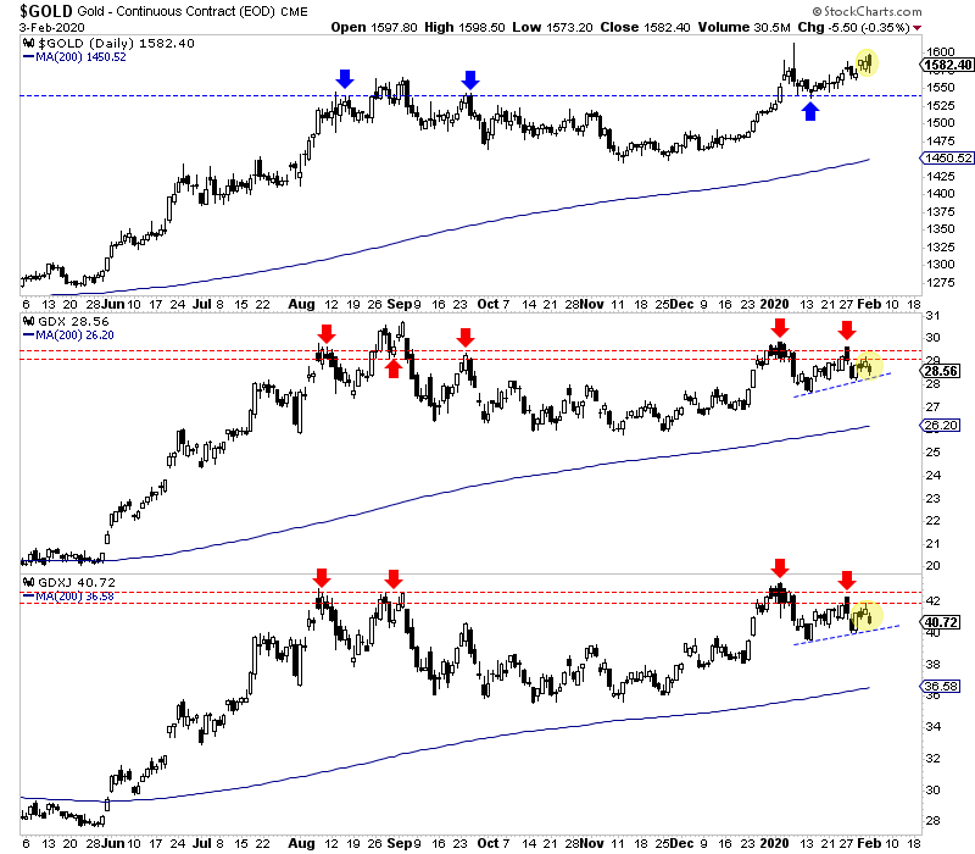 From mid October through December the silver stocks (plotted below with Silver) performed very well and hinted at the strength to come in the rest of the sector.

However, since the start of the year, they have been weak in both nominal and relative terms. Now, a move in SIL below $30 could bring about a test of the 200-day moving average near $28.

Meanwhile, Silver has tried and failed to surpass resistance in the low $18s. 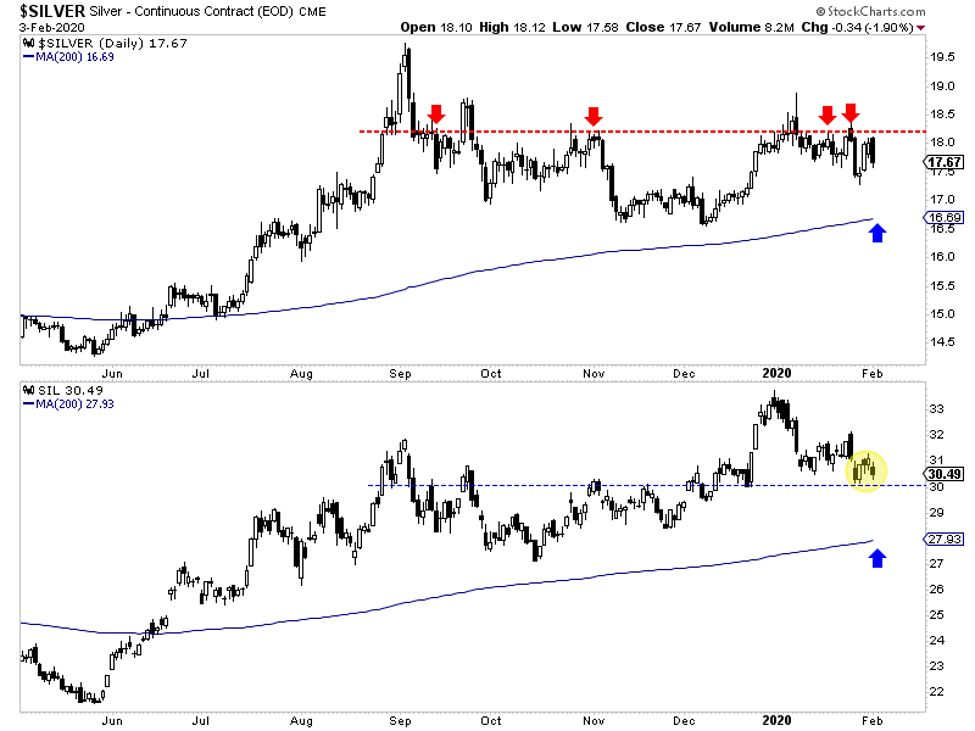 The fundamentals for Gold, as we noted last week remain very encouraging but if the Fed is going to cut rates again, it has to be closer to imminent before precious metals respond. Sentiment and now short-term technicals are flashing some warning signs.

The good news is the uptrends are well-intact and will remain so even if these markets correct more and test their 200-day moving averages. Some stocks would correct with the sector and some may not.

We continue to focus on identifying and accumulating the juniors with significant upside potential in 2020. To learn the stocks we own and intend to buy that have 3x to 5x potential, consider learning more about our premium service.