In our most recent editorial we concluded by observing a few positives in the gold and silver stocks. W concluded with: “Their performance over the weeks ahead could give us an early hint as to how much longer the correction will last.”

Fast forward another week and a few positives has morphed into a handful of positives.

First let’s look at GDX. In the chart below we plot GDX and its advance decline (A/D) line.

GDX has essentially corrected for two months and it has yet to test the previous resistance zone at $24 to $25. It has bounced from $26 several times and established good support there. So it’s holding its gains. 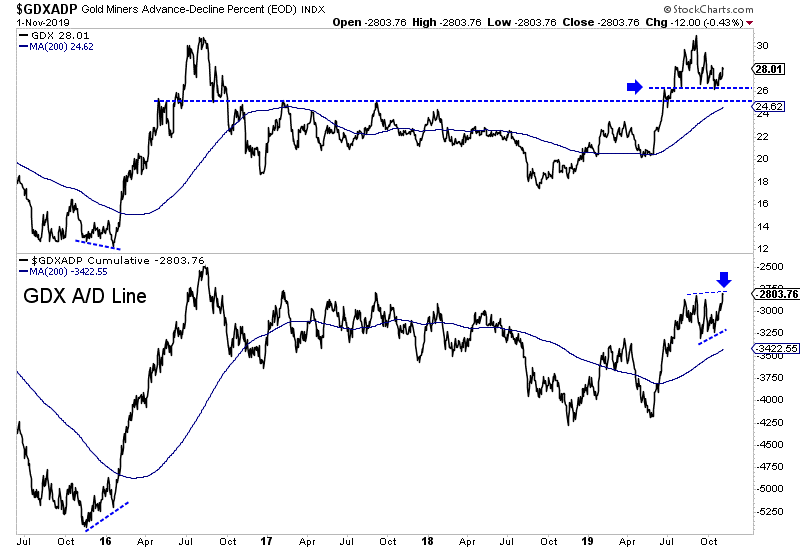 Meanwhile, the silver stocks have perked up quite a bit in recent weeks. In the chart below we plot SIL (silver stock ETF), SIL against GDX and SIL against Silver.

SIL has enjoyed a strong rebound since its low in mid November. The ETF is now much closer to its September peak than GDX.

SIL relative to GDX just closed at a 5.5 month high. The ratio is about to close above its 200-day moving average for the first time since early 2017. 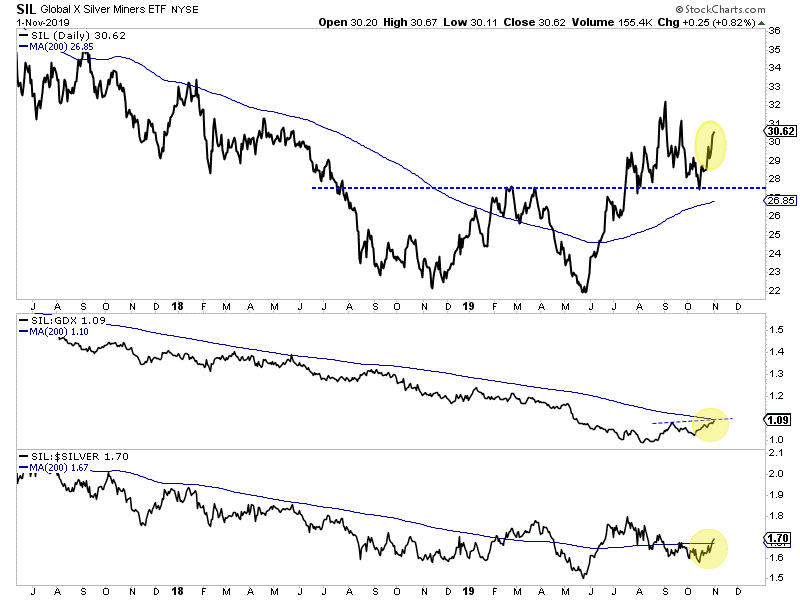 The only potential negative is the speculative long positions in Gold remain stubbornly high. More time is needed to flush out some longs before Gold can sustain an advance.

With that said, the relative strength of the silver stocks and the juniors (GDXJ) gives me confidence that the stocks are ultimately going to lead Gold higher. In other words, we should take our cues from the miners.

A move to a breakout may not be imminent but as long as the stocks (GDX, GDXJ, SIL) continue to hold recent lows then a bullish consolidation could be forming which would eventually lead to a breakout.

We have been focusing on identifying and accumulating quality juniors with significant upside potential in 2020. To learn the stocks we own and intend to buy that have 3x to 5x potential, consider learning more about our premium service.