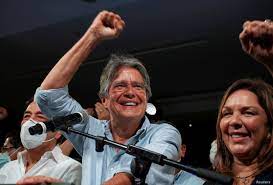 In an outcome not generally predicted by polling, the conservative banker Guillermo Lasso has won the Ecuadorian presidential election. The background to Sunday’s runoff was economic uncertainty, dramatically worsened by the COVID-19 pandemic but in many ways still lingering from the economic crisis that led to the small South American nation adopting the US dollar as its official currency in 2000.  That crisis was driven by both internal and external factors – large fiscal deficits coupled with expansionary monetary policy meant that the house of cards was tottering, and the triple shocks of the 1997 El Niño, affecting agriculture, a sharp drop in oil prices, on which Ecuador depends, and the 1997-8 global emerging market instability led to a complete meltdown. Severe inflation and GDP contraction caused chaos, culminating in a successful coup d’état.  Oil prices recovered in the following years and the economy stabilised, but the 2007 global financial crisis was another severe blow. In the years since, Ecuador’s economic fortunes have been closely aligned with the international oil price and subsequent government spending, which has also been fueled by loans from China, to whom the previous Correa administration turned after funds from traditional lenders dried up in the wake of Ecuador’s 2008 default of $3.2 billion of international debt.

The democratic socialist government of Rafael Correa, in power between 2007 and 2017, was responsible for Ecuador’s move away from the US sphere of influence and organisations such as the IMF and World Bank, and the development of closer ties with nations such as Venezuela, Cuba, China and Iran. Correa, who currently resides in Belgium avoiding arrest over a recent corruption conviction, is a divisive figure in modern Ecuador.  Supporters admire his progressive economic approach and his ability to successfully fight creditors in international courts, while detractors point to the corruption conviction against him and to his adversarial relationships with Western powers and business interests as major failings. 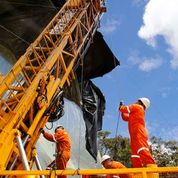 Correa’s record matters because, despite his exile, his spectre loomed large in the lead up to the general election on 7th February, and in the interim before Sunday’s run-off.  Correa’s hand-picked successor, Andrés Arauz, was absent from many of his own supporter’s campaign materials, with Correa’s name and portrait in his place.  Arauz, like Correa, is an economist by trade, and it was generally assumed that he would continue Correa’s leftwing policies before working to ensure that his mentor’s corruption conviction could be overturned, allowing Correa to return to Ecuador.  He is young, at only 36, and even during the campaign has done little to distinguish his policies from those of Correa himself.  He was the candidate for those who miss Correa and his liberal social spending; that approach had proven successful before Sunday, with Arauz securing a commanding lead in the general election with 32.72% of the vote.

Arauz’s runoff competitor and eventual victor, with a comparatively small 19.74% of the general election vote, was Guillermo Lasso, running in his third presidential campaign.  The conservative, business-friendly candidate could also not cast off Correa’s shadow during the campaign, and most of the pre-election discourse on both sides was about the former president’s legacy.  The policy differences between the two are stark, and, like the concerns of most Ecuadorians, are almost exclusively focussed on the economy. With a staggering 85% of citizens either unemployed or in precarious employment, Lasso said he aimed to improve ordinary lives by raising the minimum wage to $500 per month, while Arauz planned to hand $1,000 to one million poor families in his first week of office.  In a country where the current minimum wage is $400 per month, either measure would certainly inject cash into the economy, although in the short term an increase in minimum wage may be impossible for the many small businesses in the country to swallow. 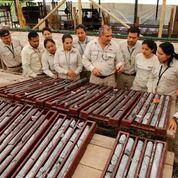 In broader economic terms, the candidates diverged even further.  Arauz planned to continue payments to creditors, which, unlike many other South American nations, Ecuador has kept up even during the COVID-19 crisis under President Lenín Moreno, who was not seeking re-election.  Nevertheless, Arauz said that under his presidency, internal public spending would take priority over debt payments, and that he would scrap the austerity plan that Ecuador implemented under Moreno at the behest of the IMF.  While Arauz seemed less openly adversarial than Correa, this apparently cavalier approach to debt payments made him an unpopular prospect with Western governments and financial elites, but resonated strongly with a large section of the local population, who see those payments as strangling their economy.  Lasso, on the other hand, is a classic economic liberal.  He wants to create 2 million jobs by opening the market and weakening labour laws, as well as reducing taxation and promoting foreign investment.  He also supports the delivery of many public services by private companies in the name of efficiency, and he is seen as more serious about fighting corruption.  On the IMF austerity deal, Lasso has said that he plans to abide by its terms, making him the favoured candidate of foreign investment interests.

Ecuador’s economy is heavily centred on extraction of oil, with gradual change in foreign ownership and tax laws slowly increasing investment in copper and gold deposits since the 1980s.  The country has struggled with the resource sector’s position in the economy, with many projects facing strong local opposition.  Work on the Panantza-San Carlos project, a large copper-molybdenum deposit, has been stalled for two years due to tensions with local people, which have flared into violence in the past.  Even in better circumstances, such as Solaris Resources’s (TSX:SLS) Warintza project, negotiations can take years.  Narrowly missing out on this year’s runoff was Yaku Pérez Guartambel, an indigenous and environmental activist, who received 19.37% of the vote, barely behind Lasso, and who called for his supporters to spoil their ballots in the runoff.  This could very well have changed the outcome of the election, with the national election council reporting 1.6 million null ballots in a nation with an electorate of only 13 million.  Pérez wishes to ban all hard-rock mining in the country, as well as limiting oil production.  Unlike the Correa/Arauz left, he is sceptical of China and other foreign nations he sees as extractivist, and he is marginally friendlier to Western interests.  The fact that such a hard-line position against large industries could be so mainstream in an economically poor nation like Ecuador may seem strange, but much of Pérez’s support comes from the large indigenous population who perceive their way of life and natural resources as being threatened by mining. 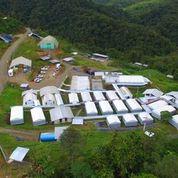 A perfect illustration of this was the ballot in the Andean city of Cuenca and its county, run alongside the presidential election, in which around 80% of citizens voted to ban large-scale mining operations in the area.  Their concerns stemmed mainly from fears of contamination of five watersheds in the region, one of which is the city’s main water source, and all of which provide water for communities downstream.  There was also considerable unease about the effect of mining on paramos, high-altitude moorlands, which are unique natural environments treasured by residents.  This ban, when it goes into effect, will not affect mining endeavours already in the “operating phase”, but there is significant confusion about what constitutes an “operating phase”. The Loma Larga gold prospect, operated by INV Metals (TSX:INV), is an a state of advanced exploration, and INV CEO Candace MacGibbon said she was confident the mine would be allowed to go ahead, since it had already received the green light from the local government.

While Lasso’s win on Sunday will likely promote an overall friendlier environment for foreign investors in Ecuador, it is clear that those looking to develop Ecuador’s rich natural resources must still be proactive about building trust and highlighting the benefits of their operations to local communities. The environmentalist and indigenous movements in the country enjoy extremely strong support in the regions where most of the mineral wealth is located, and a victory for a pro-business candidate in the central government will not prevent local areas like Cuenca from taking extreme action against industries they perceive as damaging their precious homeland.