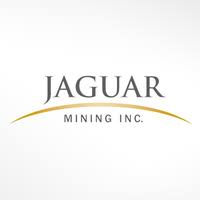 Jaguar Mining Inc. (TSX: JAG) is pleased to announce that on July 8, 2019 the Company closed the final tranche of its previously announced non-brokered private placement. Pursuant to the final tranche of the Offering, the Company issued 33,022,202 common shares at a price per share of CAD$0.085 (or USD$0.0634 at a deemed exchange rate of USD$1.00 = C$1.34), for gross proceeds of approximately USD$2.1 million. Pursuant to both tranches, the Company issued a combined total of 394,117,647 Common Shares for aggregate gross proceeds of USD$25 million.

“We are very excited about the completion of the Offering and the enthusiasm shown by current shareholders and new investors for the oversubscribed financing,” said Thomas S. Weng, Chairman of Jaguar. “The proceeds from the Offering are expected to drive significant changes at Jaguar while providing an opportunity to bolster, among other things, capital equipment and infrastructure, mine planning, optimization, reserves and mine life while increasing expected gold production and reducing the expected costs per ounce.”

The Company anticipates that it will use the net proceeds of the Offering for: (i) capital improvements and infrastructure intended to improve production output and cost efficiencies at its operating gold mines in Brazil; (ii) advancing the Corporation’s mineral exploration activities in order to increase reserves and expected mine lives; (iii) the repayment of a USD$7.85 bridge loan due July 15, 2019; and (iv) for general corporate and working capital improvement purposes.

Given that Jaguar insiders Eric Steven Sprott and Tocqueville Asset Management LP participated in the Offering, it constitutes a related party transaction within the meaning of Multilateral Instrument 61-101.

Prior to the closing of the first and final tranches of the Offering, Mr. Sprott held 59,755,141 Common Shares directly and held an additional 11,545,455 Common Shares through 2176423 Ontario Ltd. (a corporation which is beneficially owned by him) for total holdings of 71,300,596 Common Shares, representing approximately 21.7% of the Company’s outstanding Common Shares on a non-diluted basis.

The Offering is exempt from the formal valuation requirement and minority shareholder approval requirement of MI 61-101 since the Company relied upon the financial hardship exemptions that are found in subsections 5.5(g) and 5.7(e) of MI 61-101. As described in OSC Staff Notice 51-706, the financial hardship exemption of the Toronto Stock Exchange and the considerations made by the Company and the TSX pursuant to the Company’s application to utilize that exemption are similar to, and based on, the financial hardship exemption in MI 61-101. On May 27, 2019, the Company submitted a lengthy and detailed application to the TSX (pursuant to the provisions of Section 604(e) of the TSX Company Manual) whereby the Company sought to utilize the “financial hardship” exemption from the TSX’s requirement to obtain shareholder approval for the Offering (as otherwise required by section 604(a) and 607(g) of the TSX Company Manual). The application was made upon the recommendations of both the Finance & Corporate Development Committee and the Audit & Risk Committee of the Company’s Board of Directors, whose members are free from any interest in the transactions and are unrelated to the parties involved in the transactions, and was based on their determination that the Offering is reasonable for the Company in the circumstances. No member of the Company’s Board of Directors had a materially contrary view or any material disagreement regarding the decision to proceed with the Offering. If the Offering was the subject of a shareholder vote, then the Company’s Board of Directors would have unanimously recommended that the shareholders vote to approve the Offering. Following the TSX’s review of the Company’s application and the considerations described in TSX Staff Notice 2009-0003, the TSX provided its approval for the Company to announce the Offering (which occurred on June 18, 2019) and, pursuant to a letter dated June 25, 2019, provided the Company with the TSX’s conditional approval for the Offering.

In connection with the Closing of the final tranche, certain arm’s-length finders received an aggregate cash finder’s commission of approximately USD$12,800.

Pursuant to applicable Canadian securities laws, all securities issued pursuant to the first and final tranches of the Offering are subject to, among other things, a hold period of four months and one day, expiring on November 6, 2019 and November 9, 2019, respectively. The Offering remains subject to the TSX’s final approval.

Jaguar Mining Inc. is a Canadian-listed junior gold mining, development, and exploration company operating in Brazil with three gold mining complexes and a large land package with significant upside exploration potential from mineral claims covering an area of approximately 64,000 hectares. The Company’s principal operating assets are located in the Iron Quadrangle, a prolific greenstone belt in the state of Minas Gerais and include the Turmalina Gold Mine Complex and Caeté Mining Complex (Pilar and Roça Grande Mines, and Caeté Plant). The Company also owns the Paciência Gold Mine Complex, which has been on care and maintenance since 2012 and the Roça Grande Mine which has been on care and maintenance since April 2018.