It’s Not All Doom and Gloom Say 60% of Canadian Small Business Owners: Survey

It’s Not All Doom and Gloom Say 60% of Canadian Small Business Owners: Survey 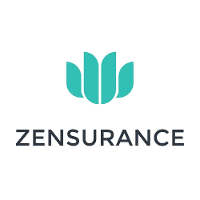 Despite the ongoing pandemic, high inflation, soaring gas prices, and recession fears, most small business owners and self-employed professionals are upbeat about their prospects in the second half of 2022.

The results of a new survey from Zensurance, Canada’s leading source for small business insurance, find that 60 per cent of small business owners and self-employed professionals are confident their businesses will be successful in the second half of 2022. That confidence eclipses the pandemic’s negative impact on their revenues in the first six months of the year and Canada’s record-high inflation.

Moreover, that confidence stands in contrast to the 46 per cent of respondents in the inaugural Zensurance Small Business Confidence Index who admit their revenue was either down or about the same in the first half of this year compared to the first half of 2021.

“It’s encouraging and a little surprising to see a majority of small business owners, entrepreneurs, and self-employed professionals as confident as they are when looking ahead. However, record-high inflation, the cost of gasoline, and supply chain reliability remain top-of-mind for many. Also, there are worries about a recession, and the pandemic is not over yet,” notes Danish Yusuf, Founder and CEO of Zensurance. “Nevertheless, these results speak to Canadian business owners’ resiliency. Their confidence that consumer demand will remain strong and they’ll be successful despite economic headwinds is inspiring.” 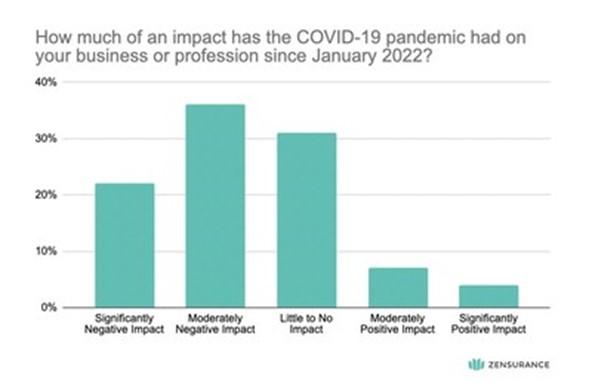 However, when looking ahead to the balance of 2022, Canadian business owners and independent professionals do have concerns.

Not surprisingly, the effect of inflation is the greatest concern for most (51 per cent). The spiking cost of gasoline also ranks high (16 per cent), as does managing cash flow (13 per cent). Almost 6 per cent cite the cost of business insurance, 5 per cent worry about supply chain reliability, and 2 per cent say the ability to get insurance is a factor. Another 9 per cent say they are not concerned about any of these factors. 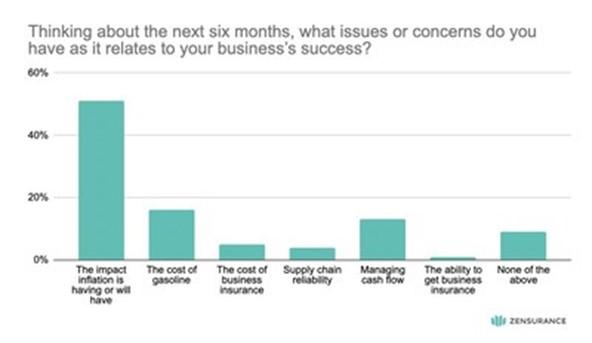 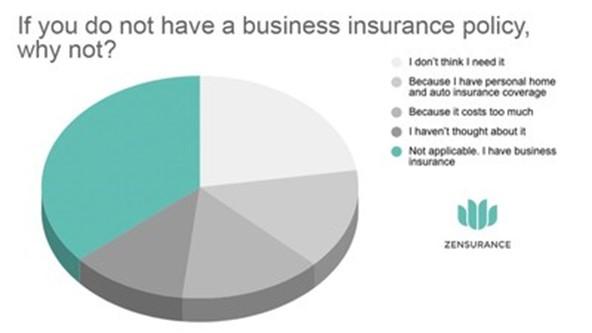 “Some of the views small businesses have on business insurance are troubling. They may not be aware of the risks they are taking that could prove to be financially catastrophic without an insurance policy,” Yusuf says. “No small business or independent professional is immune to the threat of a lawsuit or an accident. The cost of a lawsuit – even a frivolous one – or an unexpected event like a fire damaging or destroying a business property and all your inventory far exceeds the price of a commercial insurance policy.

“Small business owners, contractors, and other self-employed professionals need to protect their assets, finances, and reputations. A business insurance policy is the backbone of every organization’s or independent professional’s risk management strategy.”

The Zensurance Small Business Confidence Index is an online survey of 222 Canadian small business owners and self-employed professionals conducted by a third-party provider throughout June 2022.

By region, most respondents are in Ontario (49 per cent), 18 per cent in Alberta, and 16 per cent in B.C. Five per cent call Saskatchewan home, followed by Nova Scotia (4 per cent), Manitoba (3 per cent), New Brunswick (2 per cent), and P.E.I. and Newfoundland and Labrador (1 per cent respectively).

Founded in 2016, Zensurance is a technology company and leading source for small business insurance. Zensurance empowers small business owners, entrepreneurs, independent contractors, and self-employed professionals across hundreds of industries to shop and get the specialized coverage they need in just a few minutes.

Through their highly regarded client support team and network of over 50 insurance providers, Zensurance provides customers with industry-leading premium savings of up to 35 per cent off and the confidence to thrive in today’s market.

Join Ellis Martin for a conversation with Blaine Monaghan, the President... READ MORE