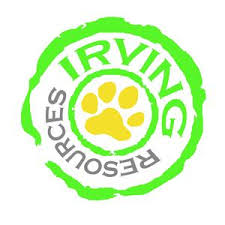 Irving Resources Inc. (CSE:IRV) is pleased to announce diamond drill hole 19OMI-010 encountered 21 significant Au-Ag veins at Omui mine site, part of its 100% controlled Omu Gold Project, Hokkaido, Japan.  Hole 19OMI-010 was the first hole testing the interpreted boiling level of the paleo-hot spring system at this important target. Given the success of this hole, Irving believes the large, deep-rooted resistive feature defined by controlled-source audio-frequency magnetotelluric surveys at Omui is indeed the silicified core of the system and has potential to host a significant number of undiscovered mineralized veins.

“We are pleased with the success of hole 19OMI-010,” commented Dr. Quinton Hennigh, director and technical advisor to Irving. “This hole encountered a remarkable 21 significant mineralized veins beginning at grass roots and continuing to near the bottom of the hole. Stepping back and looking at all drilling done to date including previously announced veins intercepts in shallow holes, we see a corridor at least 350 m wide hosting numerous east-northeast trending veins. We are now hypothesizing this corridor follows the CSAMT resistive trend southeastward. Given this feature is already defined for approximately 1 km and is open to the southeast, this makes for exciting potential. We clearly have a lot of drilling ahead of us to follow up on hole 19OMI-010 and test this hypothesis.”

Irving is a junior exploration company with a focus on gold in Japan. Irving also holds, through a subsidiary, a Project Venture Agreement with Japan Oil, Gas and Metals National Corporation for joint regional exploration programs in Republic of Malawi. JOGMEC is a government organization established under the law of Japan, administrated by the Ministry of Economy, Trade and Industry of Japan, and is responsible for stable supply of various resources to Japan through the discovery of sizable economic deposits of base, precious and rare metals.