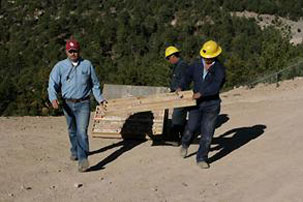 Invecture Group, S. A. de C. V. and Kimber Resources Inc. (TSX:KBR) jointly announced today that the parties have entered into a support agreement pursuant to which Invecture Group has agreed, subject to the terms and conditions of the Support Agreement, to make an offer to acquire all of the outstanding common shares of Kimber for C$0.15 in cash per share by way of a take-over bid.

In connection with the execution of the Support Agreement, all of the directors and officers of Kimber collectively holding approximately 7.5% of the outstanding Kimber common shares, entered into lock-up agreements with Invecture Group, pursuant to which they have agreed to tender to the Offer all of the Kimber common shares held by them (including common shares issuable upon exercise of options).

The Support Agreement further provides that Invecture Group will purchase 20,000,000 common shares of Kimber at a price of C$0.10 per share for gross proceeds of C$2,000,000. The proceeds of the Placement will be used for working capital and general corporate purposes. The Placement is subject to a number of standard conditions including the approval of the TSX, and is to close as soon as practicable after these conditions have been met, and in any event no later than October 2, 2013. The common shares to be issued to Invecture Group pursuant to the Placement will be subject to a four month hold period from the date of their issuance.

The Board of Directors of Kimber, after consultation with its advisors, has unanimously determined that the Offer is in the best interests of Kimber and its shareholders. Primary Capital Inc. has provided an opinion to the Board of Directors of Kimber to the effect that the consideration to be received under the Offer is fair, from a financial point of view, to Kimber’s shareholders other than Invecture Group.

John Detmold, Managing Director of Invecture Group, commented, “We believe that this transaction offers fair value to Kimber shareholders and stability for Kimber and its Monterde Project.”

Gordon Cummings, President and Chief Executive Officer of Kimber said, “The Offer reflects a significant premium to the recent trading price of Kimber’s shares. The Offer, Kimber’s alternative strategies and the current circumstances of the company have been reviewed carefully by the independent directors of Kimber. We believe the Offer provides fair value to our shareholders and a liquidity opportunity which has the unanimous support of our Board of Directors. The Placement also provides Kimber with a significant and timely influx of cash in a challenging equity market for junior resource issuers.”

The Offer will be subject to certain customary conditions, including there being deposited under the Offer and not withdrawn at the expiry time of the Offer such number of Kimber common shares that represents at least 66 2/3% of the outstanding Kimber common shares then outstanding, excluding shares acquired by Invecture Group in the Placement, and there shall not have occurred any change, condition, event or development which has had, or which could reasonably be expected to have, a material adverse effect in respect of Kimber. Invecture Group may waive the conditions of the Offer in certain circumstances. The Offer is not subject to any financing condition.

Full details of the Offer will be included in Invecture Group’s take-over bid circular, which is expected to be mailed with related documents to Kimber shareholders on or prior to October 15, 2013, together with a directors’ circular which will set out the unanimous recommendation by the Board of Directors of Kimber that Kimber shareholders accept the Offer. The Offer will be open for acceptance for a minimum of 36 days following the date of mailing.

Copies of the Support Agreement, lock-up agreements, take-over bid circular, directors’ circular and certain other related documents will be filed with securities regulators and will be available on SEDAR at www.sedar.com.

Invecture Group is the holding company of Frontera Copper Corporation (“FCC”). FCC was listed on the TSX since 2004 until it was acquired through a tender offer for all of its outstanding shares and options completed in May, 2009.

Frontera’s main asset is the Piedras Verdes Copper Mine located close to Alamos in the State of Sonora in North Western Mexico. The mine produces 70 million pounds annually of Grade A LME Copper Cathode from an open pit crushed heap leach operation.

On February 7, 2012, Invecture entered into an earn in agreement, with Vista Gold whereby, subject to the fulfillment of the conditions therein, it may acquire the majority of Los Cardones Gold Project.