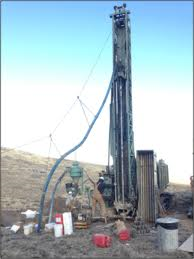 International Enexco Limited (TSX VENTURE:IEC)(OTCQX:IEXCF)(FRANKFURT:I6E) is pleased to announce that the proposed 13,000 metre (42,650 feet) diamond drill program on the Mann Lake Uranium project has commenced under the direction of project operator, Cameco Corporation. The budget for the 2014 program is CDN$2,900,000 with Enexco’s portion being CDN$870,000.

The Mann Lake project is located in the heart of what is undisputedly the most prolific and highest grade uranium region in the world, the Athabasca Basin in Saskatchewan. Mann Lake is 25 km southwest of Cameco’s McArthur River Mine and is 20 km northeast of Cameco’s Millennium deposit. High-grade basement-hosted uranium mineralization was discovered at Mann Lake during a 2006 drill program. The two highest grade intervals are 7.12% U308 over 0.25m and 5.53% U308 over 0.4m at depths of just over 500m.

International Enexco Limited is a North American exploration and development company focused on the feasibility stage, 100% owned, Contact Copper project in northern Nevada and the Mann Lake and Bachman Lake uranium projects located in Saskatchewan’s prolific Athabasca Basin. The Mann Lake project is a joint venture with Cameco (52.5%) as operator, Enexco (30%) and AREVA (17.5%) – two of the world’s largest uranium companies. The Bachman Lake project is a joint venture with Denison (80%) as operator and Enexco (20%).