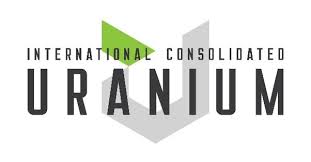 International Consolidated Uranium Inc. (TSX-V: CUR) is pleased to announce that it has entered into an option agreement with a private, arm’s length party providing CUR with the option to acquire a 100%, undivided interest, in the Moran Lake Project located in the Central Mineral Belt of Labrador, Canada.

Philip Williams, CEO commented “Moran Lake fits well with the Company’s strategy and makes a strong addition to the portfolio. The location in Labrador, Canada, the substantial past expenditures and existing resources in place gives us a good foundation to work with. The vanadium potential is intriguing as it is often found together with uranium mineralization and has attractive fundamentals also tied to clean energy. The Central Mineral Belt, anchored by Paladin Energy’s Michelin Project, clearly has the critical mass to one day support the development of a uranium mining operation as well, the potential for IOCG discoveries could ultimately bring more interest to the area. With funding recently secured we will look to continue building out our asset base in front of the expected resurgence in the uranium sector.”

Pursuant to the Option Agreement, CUR will secure the option to acquire a 100% interest in the Moran Lake Project in consideration for the issuance of $150,000 of common shares in the capital of the Company, priced at the 5-day volume weighted average price two days prior to the date that is the later of: (i) 5 business days following the date that the TSX Venture Exchange provides conditional approval of the Option Agreement and; (ii) the transfer of the Property from the Vendor to CUR and a cash payment of $150,000 to the Vendor by CUR.

The Option is exercisable at CUR’s election on or before the third anniversary of the Effective Date, for additional consideration of $500,000 in Common Shares and $500,000 in cash. If the Option remains unexercised on the one-year and two-year anniversaries of the Effective Date, the Vendor is entitled to $150,000 in Common Shares and $50,000 in cash on each anniversary date.

If CUR elects to exercise the Option, the Vendor will be entitled to receive the following spot price contingency Payments:

The spot price contingent payments will expire 10 years following the date the option is exercised.

Upon exercise of the Option and on the exercise date, the Vendor shall be granted by CUR, a 1.5% net smelter returns royalty from the sale of the mineral products extracted or derived from the Property. CUR shall have the right and option to purchase 0.5% of the Royalty for a price equal to $500,000.

All securities issued in connection with the Option Agreement are subject to a hold period expiring four months and one day from the date of issuance.

The Moran Lake Project is located within the Central Mineral Belt of Labrador (Figure 1), approximately 140 km north of the town of Happy Valley-Goose Bay and 85 km southwest of the coastal community of Postville on Kaipokok Bay. Access to the property is by helicopter and float plane out of Goose Bay. 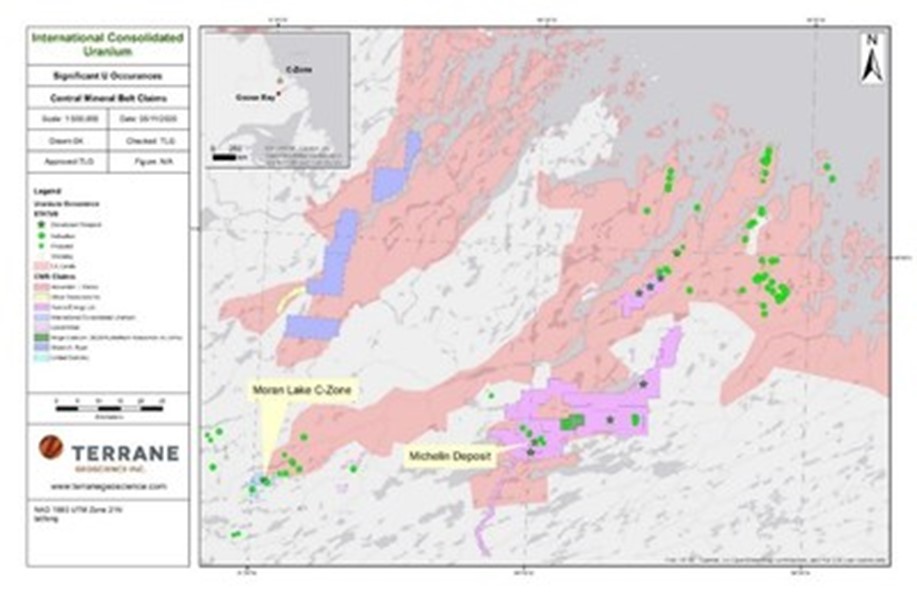 Uranium was first discovered near Moran Lake by British Newfoundland Exploration Limited (Brinex) who conducted prospecting, geological mapping and radiometric surveying in the area from 1956 to 1958. The uranium mineralization is structurally controlled, typically hosted within fracture systems and to a lesser extent within shear zones. In outcrop it is clear that local faulting, brecciation and alteration, all of uncertain age, are associated with the U-Cu mineralization at the Moran Lake C Zone. The mineralization is epigenetic and occurs in mafic volcanics of the Joe Pond Formation, Moran Lake Group, as well as in overlying sedimentary rocks of the Heggart Lake Formation, Bruce River Group. 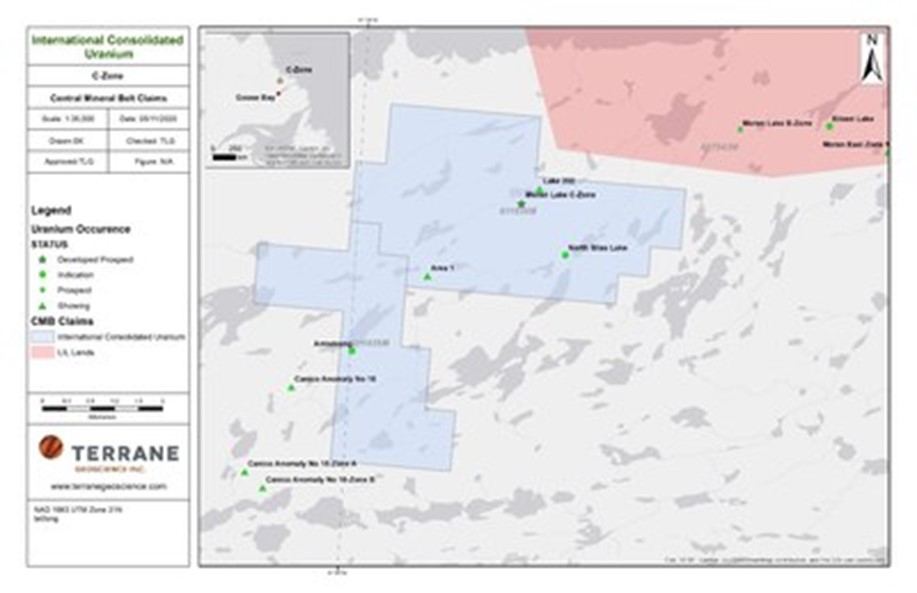 In 2004 Crosshair Exploration and Mining  entered and option agreement with prospectors to earn an interest in claims in the area including those being optioned by CUR. Crosshair conducted exploration between 2005 and 2012 ultimately abandoning the claims on November 1, 2013. 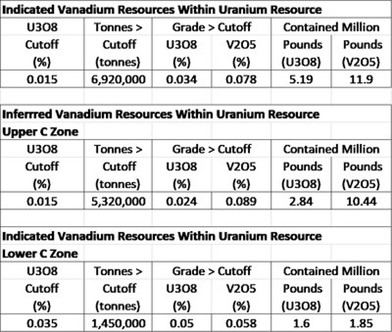 The company wishes to provide an update with respect to its press release on July 16, 2020, announcing that it had entered into an option agreement with IsoEnergy Ltd. to acquire a 100-per-cent interest in the Mountain Lake uranium project in Nunavut, Canada. The company is working diligently to obtain all necessary regulatory requirements, including the approval of the TSX Venture Exchange. In connection with the option agreement, and in accordance with TSX Venture Exchange policy, the company has prepared a CIMVal report on the property and is in the process of submitted the report to the appropriate regulators.

The scientific and technical information contained in this news release was prepared by Peter Mullens (FAusIMM), International Consolidated Uranium’s VP Business Development, who is a “Qualified Person” (as defined in NI 43-101 – Standards of Disclosure for Mineral Projects).  The Qualified Person has not completed sufficient work to verify the historic information on the Property, particularly the indicated and inferred resources; however given the quality of the historic work and the reputation of crosshair the Company believes the historical resources estimates to be both relevant and reliable. The information provides an indication of the exploration potential of the Property but may not be representative of expected results.

International Consolidated Uranium Inc. (formally, NxGold Ltd.) is a Vancouver-based exploration company. The Company recently entered into options agreements with Mega Uranium Ltd. (TSX: MGA) to acquire a 100% interest in the Ben Lomond and Georgetown uranium projects in Australia, and IsoEnergy Ltd. (TSXV: ISO) to acquire a 100% interest in the Mountain Lake uranium project in Nunavut, Canada. The Company entered into the Mountain lake option agreement with IsoEnergy on July 16, 2020 and the transaction remains subject to regulatory approval.  In addition, the Company owns 80% of the Mt. Roe gold project located in the Pilbara region of Western Australia and has entered into an earn-in agreement with Meliadine Gold Ltd. to earn up to a 70% interest in the Kuulu Project (formerly known as the Peter Lake Gold Project) in Nunavut.