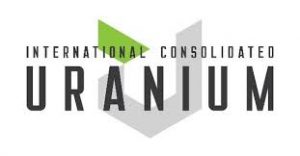 International Consolidated Uranium Inc. (TSX-V: CUR) is pleased to announce that it has entered into a definitive share purchase agreement whereby CUR will acquire a 100%, undivided interest, in the high-grade Matoush Uranium Project located in the Province of Quebec, Canada.

Philip Williams, CEO commented, “We are very pleased to add another high-grade, advanced stage project, in a top ranked mining jurisdiction, to our global project portfolio. As with our other projects, Matoush was the subject of significant past exploration and economic evaluation work. It stands out for its high-grade and sizeable historical resource, ranking as one of the highest-grade undeveloped uranium projects outside of the Athabasca Basin in Saskatchewan as well as its promising exploration potential. We look forward to bringing a fresh perspective to development of the project with a focus on engagement with the local indigenous stakeholders before undertaking any project level activity. We recognize that uranium mining can be a lightning rod issue and, as such, it is incumbent on us to garner social acceptance before attempting to advance a project. Fortunately, uranium mining in Canada, under the strict regulation of the Canadian Nuclear Safety Commission, has an excellent track record with studies showing no significant impacts to the health of the public living near uranium mines or mills. Canada’s long-standing experience in uranium mining has resulted in the development of stringent regulations and leading practices for the protection of health and safety of persons and the environment which, of course, we intend to adhere to fully.”

Closing of the transaction is subject to satisfaction of certain closing conditions including, among other things, the approval of the TSX Venture Exchange. All securities issued in connection with the Agreement are subject to a hold period expiring four months and one day from the date of issuance.

The Property is an advanced stage exploration project centrally located in the Province of Quebec, 210 km north of the Cree community of Mistissini and approximately 275 km north of the town of Chibougamau. The Property currently comprises 413 mining claims covering a total area of 21,670 hectares (217 km2). The overall project area extends ~24 kilometers from north to south and up to 12 kilometers in width.

Uranium was first discovered on the Property by Uranerz Energy Corp. in 1980 with subsequent work by Ditem Exploration Inc. who optioned the property to Strateco in 2005 who has held the property since then. Mineralization at Matoush is similar to Athabasca unconformity type uranium deposits with regard to its occurrence in Proterozoic sedimentary rocks exhibiting similar alteration styles and structural controls. A notable divergence in the nature deposit at Matoush from the typical Athabasca style deposit is the lack of uranium mineralization at the actual unconformity. Uranium mineralization at Matoush occurs primarily in relatively flat lying accumulations between 150m and 600m above the basement unconformity within Indicator Formation Sandstones where they are breeched by structures. The penetrating structures have acted as conduits for the flow of mineralizing fluids and are often themselves associated with more steeply dipping zones of mineralization. It should be noted that mineralization is consistent with and roughly the same age as the Westmoreland Uranium project located in Queensland Australia.

Higher-grade uranium mineralization typically sits in unit 3 of the host formation, which is a series of active channel facies, consisting of coarse-grained sandstones and poorly sorted pebble conglomerates. Unit 3 ranges in thickness from as little as 11m up to 457m at the western end of the basin with an increase in lithological heterogeneity as it thickens. The best grade mineralization is hosted in a pebble conglomerate with pebbles to 2 cms adjacent to the Matoush fault. High-grade mineralization has a strong structural control in addition to a specific host lithology, namely coarse-grained active channel facies sandstones and conglomerates. To view the table that includes select high-grade drill results please visit:

The Matoush uranium mineralization occurs within a much broader alteration envelope and is characterized by replacement style disseminations and clots of fine-grained uraninite plus, in the higher-grade areas, semi-massive veins of uraninite. Yellowish orange, secondary uranophane is also present. The mineralization is distributed on both sides of the steeply dipping MFZ but is generally thicker on the south or hanging wall side. True widths of mineralized zones range from 1 m to 20 m. Geochemically, the mineralization is characterized by Cr, V, Co, Ni, Pb, Zn, Cu, Bi, Au, Se and Te. From its original and shallower drilling, Uranerz recognized a zoned alteration halo up to 50 m wide developed symmetrically around the Matoush Fault Zone and consisting of an inner tourmaline zone surrounded by a magnesium-chlorite and Cr-V muscovite zone. Hematite and limonite form the outermost halo.

Exploration potential within the project area is considered positive as mineralization is open to both the north and south along strike from the existing resource.

In addition, favourable geological units, to host mineralization, occur abutting the Matoush Fault zone for 5 kilometers north and up to 11 kilometers south of the main zone of mineralization.

To view the related infographic appearing here in the release, please visit:

In the Property area, 538 drill holes totaling approximately 234,707 metres have been completed. These include 415 holes (188,123 m) in the main Matoush historic resource area and extensions.

Roscoe Postle Associates Inc. an independent consulting company, prepared a technical report on the Property in accordance with the disclosure standards of NI 43-101 entitled “Technical Report on the Mineral Resource Update for the Matoush Project, Central Québec, Canada” dated February 12, 2012. The Mineral Resource estimate was further updated by RPA in December 2012, as disclosed in a press release of Strateco dated December 7, 2012 (the “Historic Estimate”) and is considered to be a “historical estimate” under NI 43-101 and is not considered by the Company to be current. See below under the heading “Global Historical Mineral Resource Table”.

The Historic Estimate used drill hole data available as of November 22, 2012. A set of cross-sections and plan views were used to construct three-dimensional wireframe models at a cut-off grade of 0.1% U3O8. High-grade values were cut to 9% U3O8 prior to compositing. Variogram parameters were interpreted from two-metre composited values. Block U3O8 grades within the wireframe models were estimated by ordinary kriging.

To view the table mentioned in the paragraph above, please visit:

The scientific and technical information contained in this news release was prepared by Peter Mullens (FAusIMM), CUR’s VP Business Development, who is a “Qualified Person” (as defined in NI 43-101).

Each of the above estimates are considered to be “historical estimates” as defined under NI 43-101, and have been sourced as follows:

For Ben Lomond, as disclosed in the above noted technical report, the historical estimate was prepared by The Australian Atomic Energy Commission (AAEC) using a sectional method. The parameters used in the selection of the ore intervals were a minimum true thickness of 0.5 metres and maximum included waste (true thickness) of 5 metres. Resource zones were outlined on 25 metre sections using groups of intersections, isolated intersections were not included. The grades from the composites were area weighted to give the average grade above a threshold of 500 ppm uranium. The area was measured on each 25 metre section to give the tonnage at a bulk density of 2.603. The Company would need to conduct an exploration program, including twinning of historical drill holes in order to verify the Ben Lomond historical estimate as a current Mineral Resource.

For Georgetown/Maureen, as disclosed in the above noted technical report, the historical estimate was prepared by Mining Associates using a block model estimation methodology. Resource modelling was carried out on a database comprising 94,810 metres of combined drilling. Using a variety of estimation techniques, a 5x5x5 metre block model was constructed. This defined the shallow westward-dipping mineralization mantos which contain the higher grade zones. The Company would need to conduct an exploration program, including twinning of historical drill holes in order to verify the Georgetown/Maureen historical estimate as a current Mineral Resource.

For Mountain Lake, as disclosed in the above noted technical report, the historical estimate was prepared by F.R. Hassard, B.A.Sc., P. Eng. (Qualified Person) using the polygon method. The resource estimate was based on a minimum grade of 0.1% U3O8, a minimum vertical thickness of 1.0 metre and specific gravity of 2.5. The Company would need to conduct an exploration program, including twinning of historical drill holes in order to verify the Mountain Lake historical estimate as a current Mineral Resource.

For Moran Lake, as disclosed in the above noted technical report, the historical estimate was prepared by C. Stewart Wallis P. Geo, Barry A. Sparkes, P. Geo., Gary H. Giroux, P. Eng. (Qualified Person) using three-dimensional block models utilizing ordinary kriging to interpolate grades into each 10m x 10m x 4m high block. For the purpose of the vanadium resource estimate, a vanadium specific model was created in the Upper C rock package above the C Zone thrust fault. The vanadium model is based on a wireframe solid defining the vanadium mineralized envelope using an external cut-off of approximately 0.1% V2O5. For the purposes of the estimates, a specific gravity of 2.83 was used. The Company would need to conduct an exploration program, including twinning of historical drill holes in order to verify the Moran Lake historical estimate as a current Mineral Resource.

For Laguna Salada, as disclosed in the above noted technical report, the historical estimate was prepared by Coffey Mining Pty. Ltd. using block models utilizing ordinary kriging to interpolate grades into each 1000m x 1000m x 10m parent cell. For the purposes of the estimate, bulk density of 1.7t/m³ was used for Lago Seco and 1.95t/m³ for Guanaco. The Company would need to conduct an exploration program, including trenching in order to verify the Laguna Salada historical estimate as a current Mineral Resource.

For Dieter Lake, as disclosed in the above noted technical report, the historical estimate was prepared by Davis & Guo using the Thiessen (Voronoi) polygon method. Data constraints used were 200 ppm, 500 ppm, and 1000ppm U3O8 over a minimum of 1 metre thickness. Polygons created had radii of 200 metres. A rock density of 2.67g/cm3 was used. The Company would need to conduct an exploration program, including twinning of historical drill holes in order to verify the Dieter Lake historical estimate as a current Mineral Resource.

For Matoush, as disclosed in the above noted press release, the historical estimate was prepared by RPA using block U3O8 grades within a wireframe model that were estimated by ordinary kriging. The historical estimate was estimated at a cut-off grade of 0.1% U3O8 and using an average long-term uranium price of US$75 per pound. Six zones make up the historical estimate at Matoush: AM-15, MT-34, MT-22, MT-02, MT-06, and MT-36. Each zone is made up of one or more lenses, most of which strike north (009°) and dip steeply (87°) to the east. Outlines of the mineralized lenses were interpreted on ten-metre spaced vertical sections. Minimum criteria of 0.10% U3O8 over 1.5 m true thickness was used as a guide. The Company would need to conduct an exploration program, including twinning of historical drill holes in order to verify the Matoush historical estimate as a current Mineral Resource.