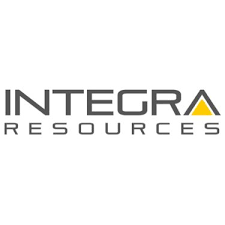 Integra Resources Corp. (TSX-V:ITR) (OTCQX:IRRZF) is pleased to announce additional assay results from its 2018 exploration program on the DeLamar Gold and Silver Project, located in the historic Owyhee County mining district in south western Idaho, U.S.A. The results announced today continue to positively demonstrate the continuity of mineralization within the DeLamar Deposit, with large zones of lower-grade gold-silver and selected higher-grade intercepts in Sullivan Gulch and other areas. Today’s results are from roughly 8,400 metres of drilling (34 holes) as part of a 20,000 m exploration program currently underway in 2018.

“With an abundance of excellent drill results in-hand, it is becoming apparent that the potential to expand the gold-silver resource at DeLamar is being measurably demonstrated on multiple fronts,” stated George Salamis, CEO of Integra Resources. “To date, Integra has drilled four fences roughly 100 to 150 m apart across the northern section of Sullivan Gulch. Today’s drill results demonstrate strong continuity of gold-silver mineralization over extensive widths, and in certain cases with high grades. Many of these results are located well outside of the existing inferred resource boundary, over intervals that are, at times, twice the average grade of the current inferred resource.  The southernmost fence is located 150 m beyond the limit of the current inferred resource.”

Mr. Salamis continued, “Initial IP surveys conducted by Integra portrayed a very strong correlation between the existing inferred DeLamar resource outline and high IP chargeability. Subsequent surveys have highlighted a strong IP anomaly in Sullivan Gulch that extends 500 m beyond the last fence of drill results reported today. This IP anomaly has now delineated a target 1.2 kilometers in length at Sullivan Gulch, a zone that was not mined by previous operators. The new Zone at Sullivan Gulch, along with the IP chargeability on the Project, could potentially double the prospective footprint of the existing DeLamar Deposit trend.” Mr. Salamis added, “We are equally excited to report that elsewhere at DeLamar in zones such as Sommercamp and Glenn Silver, drill holes aimed to test beyond the margins of the current inferred resource envelope have returned with positive results that have the potential to significantly grow the resource. This summer’s drill program has strongly demonstrated the potential for resource growth at multiple targets on extension from the known inferred resource at DeLamar.”

This latest round of drilling from Sullivan Gulch represents results from three separate drill fences located adjacent to the drill results previously disclosed in May and June this year. One fence was completed 100 m to the northwest, while two fences were drilled to the southeast in 100 m and 250 m step-outs, respectively.

The following table highlights selected intercepts from this set of drill results.

To view cross sections of the Sullivan Gulch Zone within the DeLamar Deposit please click on the following links:

To view a plan map of the current drill program at the DeLamar Deposit, please click on the following link:

The Company completed its first comprehensive Induced Polarisation geophysical survey at 300 m line-spacings over the entire DeLamar Deposit inferred resource footprint. The results of the survey clearly depicted a strong correlation between the high IP chargeability anomaly and the DeLamar inferred resource. Encouraged by these results, Integra completed additional IP geophysical work at DeLamar, in areas roughly 2 km to the northwest (the Henrietta and Milestone targets), as well as to the southeast (the Sullivan Gulch and Sullivan Knob targets) of the DeLamar deposit boundaries. As a means of drill targeting, the Company has been successfully following the IP anomaly to the southeast on extension from Sullivan Gulch, with excellent results such as those released today.

The IP chargeability anomaly hosting today’s drill results extends an additional 500 m to the southeast in an area that has not yet been tested by the Company. Management is confident that Sullivan Gulch is open to the southeast and plans to drill these areas in the near future.

In addition to the successful drilling at Sullivan Gulch, the Company has been actively exploring other zones within the DeLamar Deposit. These targets, including Glenn Silver, Sommercamp, and others, were drilled with the intention of confirming the existing inferred resource and testing for unexplored lateral extensions of gold-silver mineralization.

Previous drilling conducted by Kinross Gold and others at DeLamar was largely limited to an average depth of 120 m, whereas Integra’s current program has been drill testing to an average depth of +250 m vertical. The majority of the drill results reported below were completed in drill holes occurring between 50 m and 100 m laterally on extension from the current inferred resource model in areas within the DeLamar Deposit such as Glenn Silver, Sommercamp, and N. Delamar. Today’s results highlight strong opportunity for future resource expansion across multiple zones of the DeLamar Deposit.

The following table highlights selected intercepts from this tranche of drill results.

Since the start of the 2018 exploration campaign, the Company has drilled roughly 19,333 m in 54 drill holes. A metallurgical testwork program is now also ongoing with McClelland Labs in Reno, Nevada.

The 2018 exploration drill campaign is expected to conclude in mid-October, 2018.

Thorough QA/QC protocols are followed on the Project, including insertion of duplicate, blank and standard samples in the assay stream for all drill holes. The samples are submitted directly to American Assay Labs in Reno, Nevada for preparation and analysis. Analysis of gold is performed using fire assay method with atomic absorption (AA) finish on a 1 assay ton aliquot. Gold results over 5 g/t are re-run using a gravimetric finish. Silver analysis is performed using ICP for results up to 100 g/t on a 5 acid digestion, with a fire assay, gravimetric finish for results over 100 g/t silver.

The scientific and technical information contained in this news release has been reviewed and approved by E. Max Baker PhD. (FAusIMM), Integra’s Vice President Exploration, of Reno, Nevada, and is a “Qualified Person as defined in National Instrument 43- 101 – Standards of Disclosure for Mineral Projects.

Integra Resources Corp. is a development-stage company engaged in the acquisition, exploration and development of mineral properties in the Americas. The primary focus of the Company is advancement of it’s DeLamar Project, consisting of the neighbouring DeLamar and Florida Mountain Gold and Silver Deposits in the heart of the historic Owyhee County mining district in south western Idaho. The first exploration program in over 25 years is currently underway on the DeLamar Project with more than 20,000 meters planned for 2018. The management team comprises the former executive team from Integra Gold Corp.