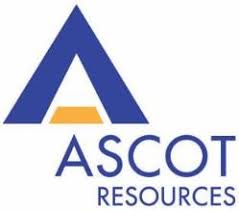 Derek White, President and CEO of Ascot Resources commented, “Ascot is encouraged with these recent infill drill results in terms of both thickness and grade in the 602 zone. This helps to build our confidence in the robustness of our geological model, the planned mining approach and associated mining methods that will be used in the 602 zone. Given the positive results, the company is considering additional drilling in this area.”

The Company is working towards recommencing underground production at the Premier site near Stewart, B.C., using existing facilities and infrastructure (mill, power and tailings facilities, underground development, and road access). As a first step, the Company completed a maiden underground resource at Premier/Northern Lights and reported the results on May 7, 2018. The next step is currently in progress and includes the 2018 drill program that commenced on April 16, 2018. The program is designed to extend mineralized zones at Premier/Northern Lights, converting existing resources from inferred to indicated in existing zones (including the 602 zone), and delineate high-grade zones in the Big Missouri/Martha Ellen area located 5 km further north. The overall purpose is adding to the existing resource base to support initial engineering studies.

The 2018 drill campaign commenced with an infill program at the 602 zone in the Premier/Northern Lights area located on the southern part of the property. The infill program consists of 15 drill holes and is now complete. The 602 zone, which has not been previously mined, is likely to be accessed first in a re-start scenario due to its proximity to the main underground portal.

The drill holes generally intercepted the targeted zones at the projected depth and confirm the robustness of the modeled zones that underpin the recently completed resource. The wide intercepts in holes P18-1604 and P18-1605 increased the width of the modeled zone (see below Figures 1 and 2 for plan and cross section views) while drill holes P18-1620 and P18-1622 intercepted mineralization in the hanging wall of the main 602 body and will likely extend the hanging wall subzone laterally in the next resource update for the 602 zone.

The results of the first eleven holes are summarized in Table 1 below. The drill hole locations are listed in Table 2. Results from the remaining four holes of the 602 zone infill program are pending and will be reported in due course.

Table 1 below summarizes the 2018 drill results from the 602 zone as of May 27, 2018. The bolded intervals are referred to in the first paragraph of this release.

Gold equivalence was calculated using a ratio of 65:1 Ag:Au and silver recovery of 45.2%.
True width is believed to be approximately 80-90% of reported intercepts.

The observed deviation in drill holes P18-1607 and P18-1611 highlight the need for infill drilling from the underground infrastructure to precisely target the modeled zones for improved definition.

The 602 zone and the more steeply dipping 609 zone (see Figure 1) are open to the northwest and there is considerable potential to extend mineralization towards the main underground portal. Exploration holes in this area will be completed later in the season when weather conditions improve and the drill pads are no longer covered in snow.

The 2018 drill program is progressing well. There are currently five drill rigs in operation, one at Premier and four at the Big Missouri zone, five kilometres to the north. The Big Missouri zone is located at considerably higher elevation and snow cover is still limiting operations there. As the snow melt continues, additional areas will be available for follow-up drilling in the central part of the property.

Graeme Evans, P. Geo and Lawrence Tsang, P. Geo, the Company’s Project Geologists provide the field management for the Premier exploration program. Graeme Evans, Consulting Geologist is the Company’s Qualified Person (QP) as defined by National Instrument 43-101 and has reviewed and approved the technical contents of this news release.

Analytical work is being carried out by ALS Lab Group. Quality assurance and quality control programs include the use of analytical blanks and standards and duplicates in addition to the labs own internal quality assurance program. All samples were analyzed using multi-digestion with ICP finish and fire assay with AA finish for gold. Samples over 100 ppm silver were reanalyzed using four acid digestion with an ore grade AA finish. Samples over 1,500 ppm silver were fire assayed with a gravimetric finish. Samples with over 10 ppm gold were fire assayed with a gravimetric finish. Identified or suspected metallic gold or silver are subjected to “metallics” assays. For extreme high gold grades, a concentrate analysis is performed with a fire assay and gravimetric finish accurate up to 999985 ppm Au limit (ALS Au-CON01) method. Sampling and storage are at the company’s secure facility in Stewart with bi-weekly sample shipments made to ALS Labs Terrace prep site.